Ethical And Responsible Banking: What India Can Learn From Germany 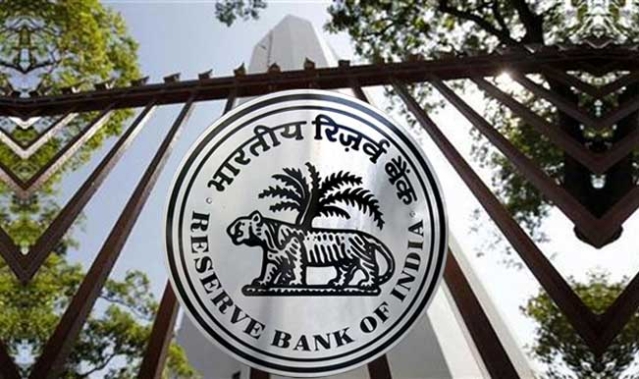 Adam Smith, who envisioned free market economy in his book The Wealth of Nations (1776) wrote another classic before that, The Theory of Moral Sentiments (1759). In this book, Smith suggests human morality depends on sympathy between agent and spectator, or the individual and other members of society. Smith defined 'mutual sympathy' as the basis of 'moral sentiments'.

Many things have happened since then like free market, industrialisation, globalisation, economic growth, technological revolution, and on the other hand it resulted in economic inequality and global warming. So the question that we should ask ourselves is “where did we go wrong”?

Ernst F Schumacher in his book Small is Beautiful: Economics as if People Mattered (1973) writes, “an attitude to life which seeks fulfilment in the single-minded pursuit of wealth – in short, materialism – does not fit into this world, because it contains within itself no limiting principle, while the environment in which it is placed is strictly limited”.

Businesses in pursuit of profit maximisation as their short-term goal failed to balance the long-term triple bottom line – people, planet and profit. Banking and financial institutions, which should have been responsible institutions, unfortunately, followed the same path of realising short-term goal.

When banking system in US collapsed in 2008, followed by great depression, the biggest challenge was to restore public faith in banking system. Recently, when a series of bank fraud shook the Indian banking system, citizens called for more transparency. They became concerned about their money and started asking questions like “where does my savings go, where is my money being invested, Does it adversely affect humanity or nature?"

To simply understand the functioning of bank – people, companies and investors (can be categorised as customers) keep their money with the bank and it further invests this money and gives returns to its customers. Banks worldwide, generally, do not disclose to their customers about where their money is being invested. As a customer we are more lured to keep our money where we get maximum returns. To keep its business growing and have competitive edge, banks invest this money in high risk-high growth sectors and sometimes ignore its negative impact on society and environment. This means we are not directly funding either environmental degradation or in the businesses which are harmful to the humanity, but indirectly we are.

This issue of responsible financing is being debated since long. A reasonable step was taken in 2003 on the sidelines of World Economic Forum annual event in Davos, Switzerland when ‘The Collevecchio Declaration on Financial Institutions and Sustainability’ was released. The Collevecchio declaration, drafted in Collevecchio, Italy outlines six principles that financial institutions should follow: a commitment to sustainability, to ‘do no harm’, to responsibility, to accountability, to transparency and to sustainable markets and governance.

Further, in April 2006, principles of responsible investment was launched jointly by UN Environment Programme Finance Initiative and UN Global Compact. The initiative which was launched with 100 signatories who pledged to follow its principles based on environmental, social and corporate governance have currently 1,928 signatories. Out of 1,928 financial institutions (FIs), only three institutions from India have signed it but when it comes to Germany, 67 FIs have pledged their support.

Later, in 2010, a risk management framework was floated by Equator Principles Association, for determining, assessing and managing environmental and social risks in projects. It is primarily intended to provide a minimum standard for due diligence and monitoring to support responsible risk decision making. The EPs apply globally, to all industry sectors and to four financial products: 1) Project finance advisory services, 2) Project finance, 3) Project-related corporate loans and 4) Bridge loans.

Germany has led the way in many spheres when it comes to environment and society. They have evolved an alternate banking system, which works solely for the ‘common good’ and financially sustainable business. Institute for social banking based in Berlin works relentlessly to provide education, network and research for a responsible banking and finance sector since 2006.

GLS Bank (Gemeinschaftsbank für Leihen und Schenken, which translates as "community bank for loans and gifts"), founded in 1974, headquartered in Bochum, Germany is one of the world’s first social – ecological bank. Socially and environmentally responsible banking is at the core of their business model. GLS Bank is a cooperative and has 48,398 members as of 30 December 2017. Since the financial crisis of 2008, the bank has witnessed double-digit growth rate in saving deposit and recently its balance sheet has recorded assets of 5 billion euros. The growth of bank after 2008 suggests that people in Germany are gradually relying more on this alternate model of banking. GLS Bank operates on following principles:

Sustainable Banking: "GLS Bank only invests in the projects which are social and Ecological Projects," says Stefan Brun, Credit Consultant with GLS Bank, Berlin. They have categorised the industries into six sectors: renewable energy, nutrition, sustainable economy, education and culture, social and health and housing. The customer can actually choose an industry where he would like to invest his money.

Transparency: GLS Bank asks every customer where she/he wants to invest her/his money when they open their bank account. GLS Bank also organises various events for its members. Additionally, GLS Bank also publishes all loans, quarterly, so that all the stakeholders can check where the money is flowing.

Fee-Based Banking: GLS charges 5 euros per customer per month. The money collected helps them to provide best services and more over keeps the cash flow going.

One of the projects was a ‘Yoga in the Forester’s house’ funded by GLS Bank. "Yoga also creates the basic idea of

inner contentment, of another version of life, and so money should not only serve to multiply, but should be meaningfully used. In addition, GLS Bank believed in my plan and looked after me with confidence" says Hafner Reckers, founder of this Yoga Institute and state-certified yoga instructor. Apart from this, GLS Bank has funded a number of projects for renewable energy. GLS Bank is also considered to be one of the biggest contributors in financing community level renewable energy projects. Interestingly, Germany is a role model in green energy too and in 2017, it produced a record 36.1 per cent of its total power needs with renewable sources, reported cleanenergywire.org.

There are many banks in Europe which followed the suit and made social and environmental impact at the core of their business. Triodos Bank, headquartered in Zeist, Netherlands is also an excellent success story.

Coming back to India, we are yet to take any significant step when it comes to responsible investment. We have witnessed lots of loans being defaulted and common man who has put his money in the bank have no idea where his money is being invested. It’s high time that the government of India, Reserve Bank of India and Indian Banks' Association do something concrete in this regard.

What Government Could Do: Create a separate bank which will fund socio-ecological projects and social enterprises. Germany has established Bank fürSozialwirtschaft (bank for social economy) in 1923, which concentrates entirely on business with companies, associations, foundations and other organisations active in the social (senior, disabled, child and youth welfare), health and education sectors. This will also provide an alternative option for citizens to keep their savings in a bank which balances triple bottom line people, planet and profit in its investment decisions.

What Reserve Bank Of India Could Do: Form a committee with a goal to publish a white paper on ethical and responsible banking practices.

What Banks Could Do: Indian Banks' Association in consultation with all financial institutions should decide upon a code of conduct for lending practices and encourage banks to sign and pledge their support to follow it. Banks instead of working independently should work more closely when it comes to responsible banking. Banks should also take a call on ‘fee-based banking’ and avoid being innovative in charging money from customers.

I am sure Adam Smith when envisioned free market economy and said ‘mutual sympathy as the basis of moral sentiments’ he meant not only with our family, friends and colleagues but all the constituents of planet now and in future.