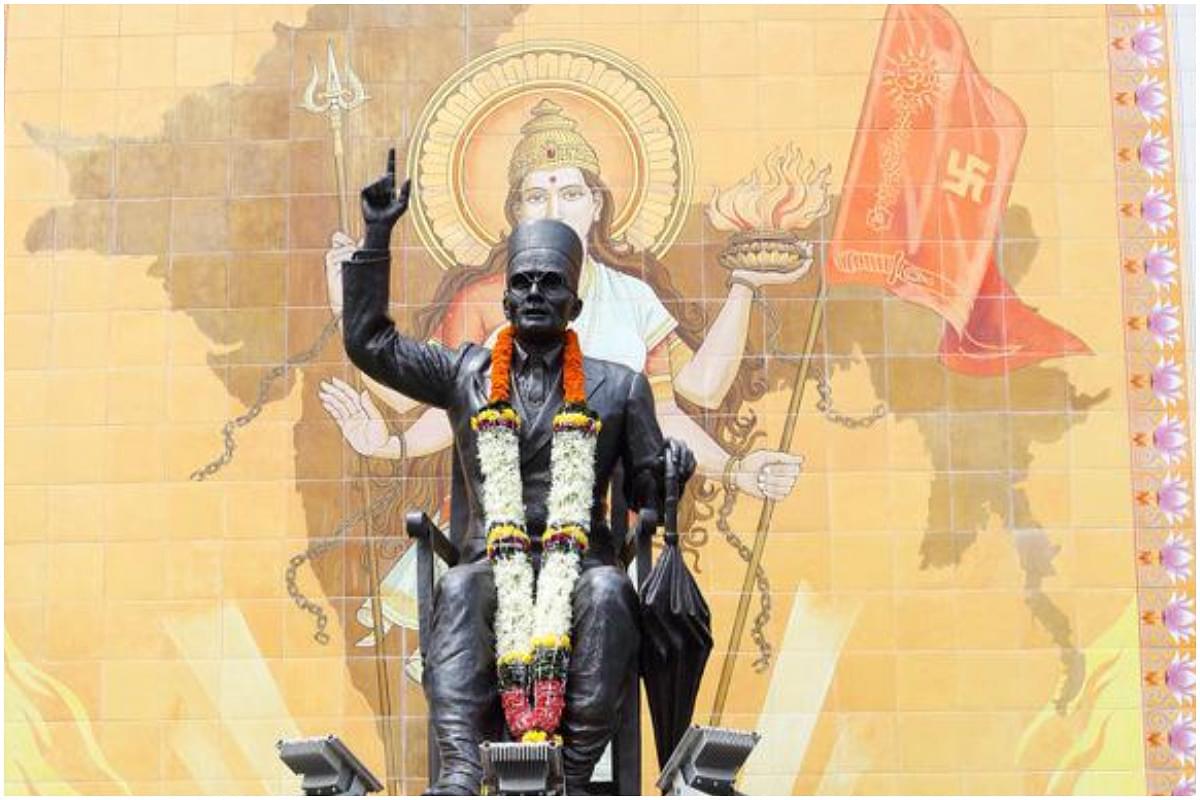 BJP has been in power for the last eight years. The victory of the Indian right was not just at the polls, and the BJP has legitimized Hindutva ideology and made it a legitimate part of Indian public discourse. Hindutva ideologues are no longer treated as political pariahs.

Vinayak Damodar Savarkar is the most notable example. Vikram Sampath's sympathetic biography was well received by the public and caused an uproar among the progressive academic establishment. The accusations and counter accusations around Sampath’s book reached as far as Delhi High Court.

But if, for upcoming the 140th anniversary of Savarkar's birth, we look deeper and try to estimate to what extent, in a friendly country like Israel, there is an awareness of India's right-wing ideology, we will find the following picture:

Most Israelis know nothing about the most important ideologue of the Indian right. The few times he is mentioned in the Israeli media are English translations of the New York Times, The Guardian and fellow travellers. Savarkar is portrayed, at best, as the embodiment of the exaggerated wounded Hindu pride, at more often, worse, as a fascist and Nazi supporter. Israeli academia echoes these sentiments. The disappointment at the Indian slide to the right is evident in classroom lectures and textbooks.

We are members of a social network that tried to organise a discussion about Ze'ev-Vladimir Jabotinsky, the founding father of the Israeli right, and Savarkar.

Our Israeli panelist did not know who Savarkar was. After reading several articles online, he expressed concern that the liberal Jewish thinker could not be linked to the nationalist Indian. Naturally, the gap between Savarkar 's public presence in India and Israel is unremarkable, and perhaps the same could be said about any other country. And yet the Israeli case is more noteworthy than other Western countries for a few reasons.

Let's start with the fact that Narendra Modi is a popular leader in Israel. Prime Minister Naftali Bennett called him "the most popular foreign leader in Israel." A few months ago, a major dispute arose between Israeli Defense Minister, Benny Gantz, and Prime Minister Bennett. They planned a visit to India four days apart. Gantz had been accused of an attempt to upstage the PM's visit by rescheduling his visit. He denied and leveled counter accusations.

Praise be given, the two leaders have since reconciled, but note the bottom line: India is the grand prize of Israeli foreign policy in Asia, and Israelis know that the flourishing of relations between the two countries is closely linked to the political momentum of the Indian right. Thus, ignorance and indifference towards the ideological leaders of the right does not stem from a lack of appreciation for Israel-India relations.

It is also noteworthy, that it would be difficult to find another Indian leader, who has written so emphatically about the Zionist project over such a long time. In 1923 Savarkar wrote that "If the Zionists' dreams are ever realized - if Palestine becomes a Jewish state, and it will gladden us almost as much as our Jewish friends". On November 29, 1947, the UN General Assembly adopted the Partition Plan for Palestine. India opposed the partition plan and had advocated the ill-fated federal solution which was eventually rejected by the Arabs as well. Unlike Nehru, Savarkar celebrated the Zionist victory at the UN. In a December 1947 article he wrote. "After centuries of sufferings, sacrifices and struggle the Jews will soon recover their national home in Palestine which has undoubtedly been their Fatherland and Holy Land. Well may they compare this event to that glorious day in their history when Moses led them out of The Egyptian bondage and wilderness and the Promised Land flowing with milk and honey came well within sight". In the '60s, the last decade of his life, he praised state-mandated conscription for both men and women into the Israeli army.

Prima facie, Savarkar is relevant only to the right side of Israeli politics. But as these quotes show, it seems that Savarkar's messages on Israel are of bipartisan nature. Compulsory recruitment for women, as well as the decision to divide the Land of Israel, do not belong to the right-wing ethos in Israel, but to the Labor legacy.

Hindu nationalism under the Hindutva label, undoubtedly holds more support today among the Israeli right than the left. But if we compare Zionism with Hindutva, we will find that in both cases there was an attempt to rebrand and reboot Indic religions and Judaism as modern nations.

If we delve into Zionist history, we will find that those who fought against the ultra-Orthodox establishment and Reform Judaism who claimed that Judaism is only a religion and Jews are not a nation, came from all branches of Zionism.

When the aforementioned Israeli panelist, who feared that there was no basis for a discussion comparing Jabotinsky and Savarkar, was exposed to Savarkar's own words, he quickly saw the modern, rational, and atheistic sides of Savarkar's ideas, and concluded that there were indeed quite a few similarities between the two thinkers.

But the possibility of Savarkar's acceptance in Israel as an important thinker of the Indian Right takes two to tango. Right-wing think tanks in India have not yet invested much effort in exporting Indian right-wing intellectuals.

Savarkar is not alone. Swami Vivekananda's political importance in Indian nationalism is completely unknown in Israel. On the Israeli side, there are conservative intellectual bodies that try to promote right-wing intellectual thought in Israel. Their sources of inspiration come exclusively from the West, and they are not at all familiar with the struggle for the Indian national identity between the Secularists and Hindutva.

But on the most fundamental level, the Israeli/Jewish encounter with India is happening now for the first time in history. When Rabbi Yehudah HaLevi wrote in his classic, The Kuzari, of "The Wise Men of India" in the 12th century Spanish Golden Age, these were fictional characters. He had never met an Indian.

The problem is that even after hundreds of thousands of Israeli tourists and backpackers in India, and despite excellent relations between the two countries, Israeli ignorance about the political thinkers of modern India –barring Mahatma Gandhi- is the same as it was 30 years ago, when there were no full diplomatic relations between the two countries. Nothing can mask the fact that the impact of Savarkar's political thinking is greater than Gandhi's in India 2022.

The pristine meeting of rising civilisations is an auspicious moment in history. Bridges must be built not only through business ties or Twitter sensations, but on a foundational level, bottom up. We must discover each other, from our illustrious Classical cultures to our modern heroes, to the fast and furious Millennial culture. There is so much to discover, if only we both decide to send out the proper expeditions.

Lev Aran is the former coordinator of Israel-India Parliamentary Friendship League, Israel-based freelance columnist and journalist. His work has been published in 'Makor Rishon', 'Mida', 'YNET', 'MargASIA' among other publications. The writer's interview with Dattatreya Hosabale, General Secretary of the Rashtriya Swayamsevak Sangh, has been published in Haaretz newspaper last January. Yeshaya Rosenman is a freelance journalist and podcast editor in Hebrew and English publications in Israel. His latest piece was an interview with Pallavi Joshi about 'The Kashmir Files'.
Get Swarajya in your inbox everyday. Subscribe here.
Tags: