F C Kohli: An Icon Who Laid The Foundation For India’s Spectacular IT Revolution 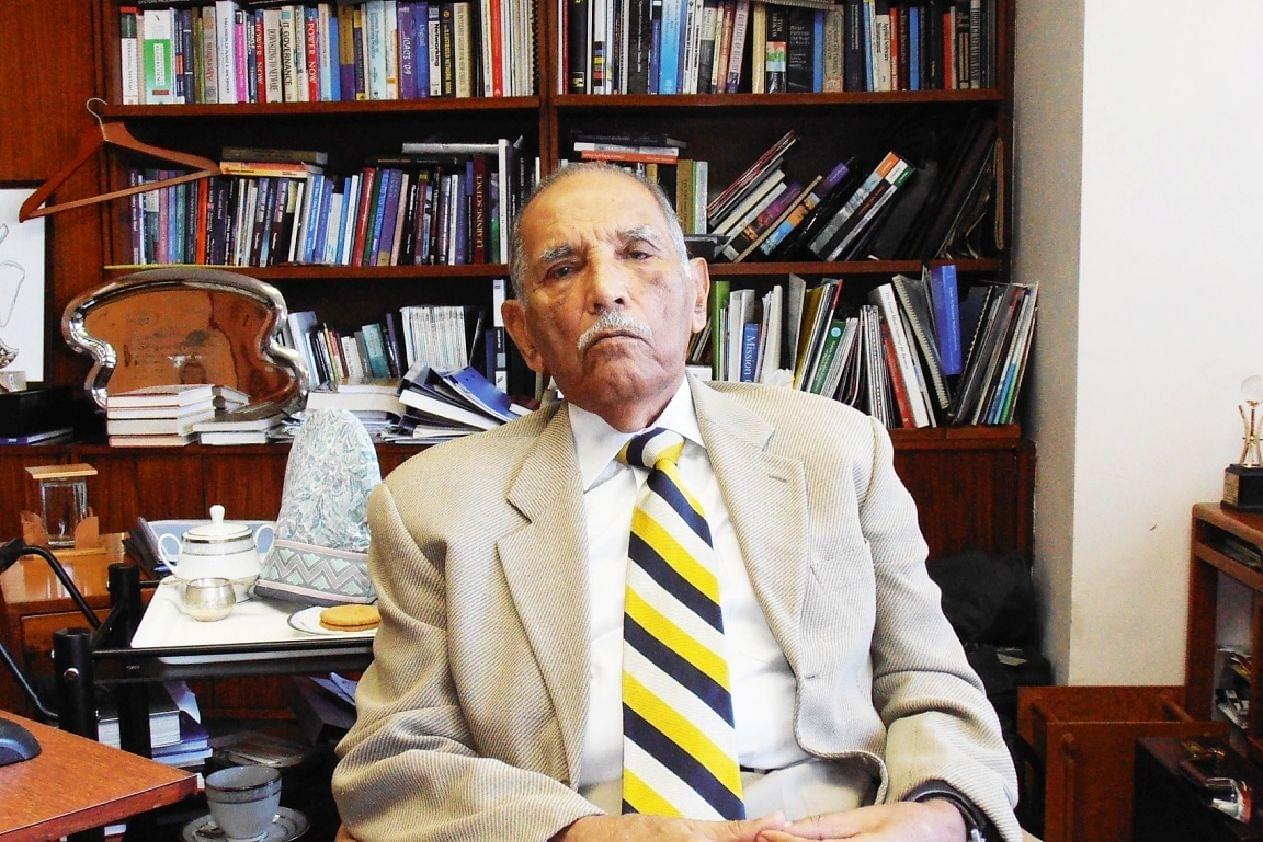 By what he called 'a nice coincidence' Faqir Chand Kohli graduated in electrical engineering from Queens University, Canada, in 1948, the same year the microchip was invented at Bell Labs, US.

He completed his MS in electrical engineering from the Massachusetts Institute of Technology in 1950 — then returned to India to a career — first at Tata Electric Companies (TEC), then with TCS, where over the next 40 years, he laid the foundations of the Indian infotech industry.

Kohli was asked by TEC in 1951 to set up their load dispatch system in Mumbai — for managing the power supply from multiple hydroelectric and thermal plants, controlling losses, ensuring continuity of supply etc. He harnessed whatever tools he could — including the fairly elementary analogue computers of the day.

"In 1962 I went to the Indian Institute of Technology at Kanpur to train on the IBM 1620, the first mainframe computer to be set up in the country. In fact, I was no stranger there: I had a hand, in late, 1950s in setting up IIT Kanpur In 1964 along with Dr P K Kelkar."

"When the Tata Institute of Fundamental Research (TIFR) installed the CDC 3600 — a large mainframe — we took advantage of this computer to plan all our systems, our operations and system parameters. By 1968, we had all the operations computerized. TEC installed its own computer — the Westinghouse Digital computer — to control all our operations — all the hydroelectric and thermal plants of the Tatas, the Maharashtra government's hydel plant at Koyna and part of the thermal power from Tarapore. We were possibly 3rd or 4th in the world to run their systems on a digital machine!"

Kohli's legacy of a stable and reliable grid was something that Mumbai city inherited — it remains the only Indian metropolis that has not suffered any significant load shedding or brownouts till today.

Yet his growing reputation was to take him in directions he never anticipated. In 1969, he was asked to move to the new Tata enterprise — Tata Consulting Services (TCS) — that was founded in 1968, and take over as general manager. "I came for a limited role, but my boss P M Agarwala passed away in 1973 and I was stuck."

"What was our mandate? There was no mandate. I created my own mandate: that this country need Information Technology in all walks of life. I realized it was going to revolutionize all activity in this country".

In its first year, TCS won its first outside software project: the Inter-Branch Reconciliation System (IBRS) for the Central Bank of India. The success of this project led to similar orders for the solution from 14 other banks.

"In 1971, we took up the first ever digital printing of telephone directory in India — the Mumbai directory, with 200,000 subscribers and we were ahead of many countries in that work. We took up the digitization of the PAN card for the Income Tax department in 1976, another first for the country."

"Our first international job, was in 1974 was for the world's no. 2 computer company Burroughs." It involved converting a hospital information package from mainframe COBOL to small systems COBOL. The work led to a closer relationship: "We ended up bringing Burroughs here through a joint venture: Tata-Burroughs."

Those were difficult time for the nascent computer industry:

"The climate in this country was to discourage computers. Mrs Indira Gandhi, Morarji Desai and Charan Singh — none of them thought this country needed computers. Following the PAN Card work, I was asked by the central government's Revenue Secretary, "what more could you do?" I said I will computerize all the operations of the Income Tax department. But when we were half way through the work Charan Singh became Finance Minister in Morarji's government and said, "There will be no computerization in the Ministry as long as I am there." So our job was curtailed. If we had completed the job we would have been ahead of even the US in computerizing the Income Tax system."

With Kohli at the helm, the TCS brand grew to attain global respectability. In 1991, it crossed the Rs 100 crore (Rs 1 billion) mark with just over 3,000 employees. Kohli was vice chairman of the company, with Ratan Tata taking over as chairman — and TCS was now an ISO 9000 company with a global footprint from US to Japan and a reputation to match.

For Kohli, it had been a long journey... from infusing information technology into the power sector, he had moved to harnessing the power of technology on a much wider canvas... it remained for him a burning, central concern.

Even after he formally retired from TCS in 1999 at the age of 75, he continued to attend office and remained a frank critic of India's missed opportunities especially in computer literacy.

"India has missed out on early computerization... and it is educationists who have let down this country. We have 900 million who don't know English. Where is the programming language for Indians? I need to write a programme in an Indian language, compile it and run it on computers. None of those running successful computer businesses today have done anything about it!"

"We have over 24 languages, China has two, Mandarin and Cantonese, so they do all their programming in Chinese. We must spread computer literacy in Indian languages — not just in English!"

"We have been missing one opportunity after another. All computer companies are making good money abroad including my own, and they don't have the time that needs to be devoted to make a change at home, where it matters."

In his magnificently located corner room on the 11th floor of the TCS offices in the Air India Building, overlooking the Marine Drive, ‘F C’ still attended regularly even in his 95th year. Till the very end, he was assisted by his devoted secretary for decades — Sheetal — to oversee his many not-for-profit initiatives to help Indians lift themselves up by their bootstraps and achieve a better quality of life with the power and promise of information technology.

Reproduced with permission from "Icons of Indian IT" by Anand Parthasarathy and S Sadagopan; Wisdom Tree Publishers, Delhi, 2018.