Fee Hikes: Parents, Fight Against The RTE And Not Schools 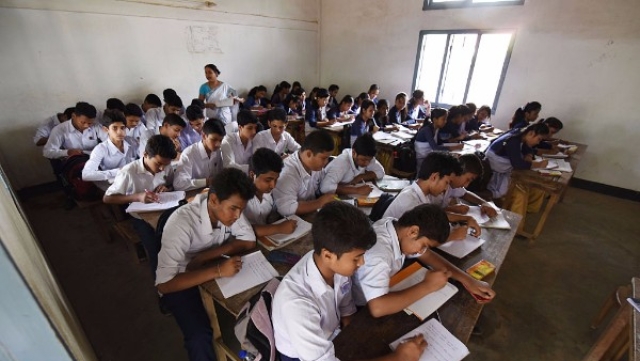 School fees are revised every year and parents have largely accepted them, expecting to get quality education for their children in return. However, of late parents have started complaining of what they call unwarranted unexpected fee hikes under different heads. They have even started coming out on the streets in protest.

Political parties, both in government and opposition, have identified the issue as an opportunity and are moving towards regulating fee and controlling school managements. Two weeks ago, Gujarat, which is going to go to polls this year, passed a law to regulate fees. However, this is not the first attempt to do this.

Law on fee regulation started with Tamil Nadu in 2009 and now exists in Rajasthan, Maharashtra, Karnataka and Punjab. Delhi proposed amendments to the Delhi School Education Act of 1973 to regulate fees which got stuck due to the state government’s tussle with the Lieutenant Governor. In Uttar Pradesh, the new month-old government has started issuing orders to examine accounts of schools and control fee determination.

But it is important to first understand the reasons for raising school fees. The most significant factor is the provisions of the Right to Education Act of 2009, compliance with which has huge cost implications for schools. Some of these are:

It is important to note that the RTE Act was notified in 2010 and states were given a window of three years to comply with the law. No state complies with the RTE Act fully till date. States have only started laying emphasis on a few sections of the Act that apply to private schools post-2013. And most of the states reporting unwarranted school fee hike are those that have laid emphasis on implementation of the RTE Act.

The Delhi-based think tank, Centre for Civil Society, in a study titled “Cost of Compliance to Norms and Standards set forward by RTE Sections 18 and 19” in 2013, had predicted private school fees to rise at least four-fold on an average or closure of around one lakh low-cost private schools around the country putting approximately one crore students out of school if the Act is complied with fully.

Parents, unfortunately, are at the receiving end and are paying the huge cost of a populist approach of law-making. Parents need to understand that the factors leading to fee hikes need to be eliminated. Regulation of fees might give some gain in the short run but will give a lot of pain in the long run.