‘For Allah’s Sake, Bhaiya, Don’t Do This With Me.’ Minor Dalit Girl Kept Pleading As Rapists Made Her Video In UP 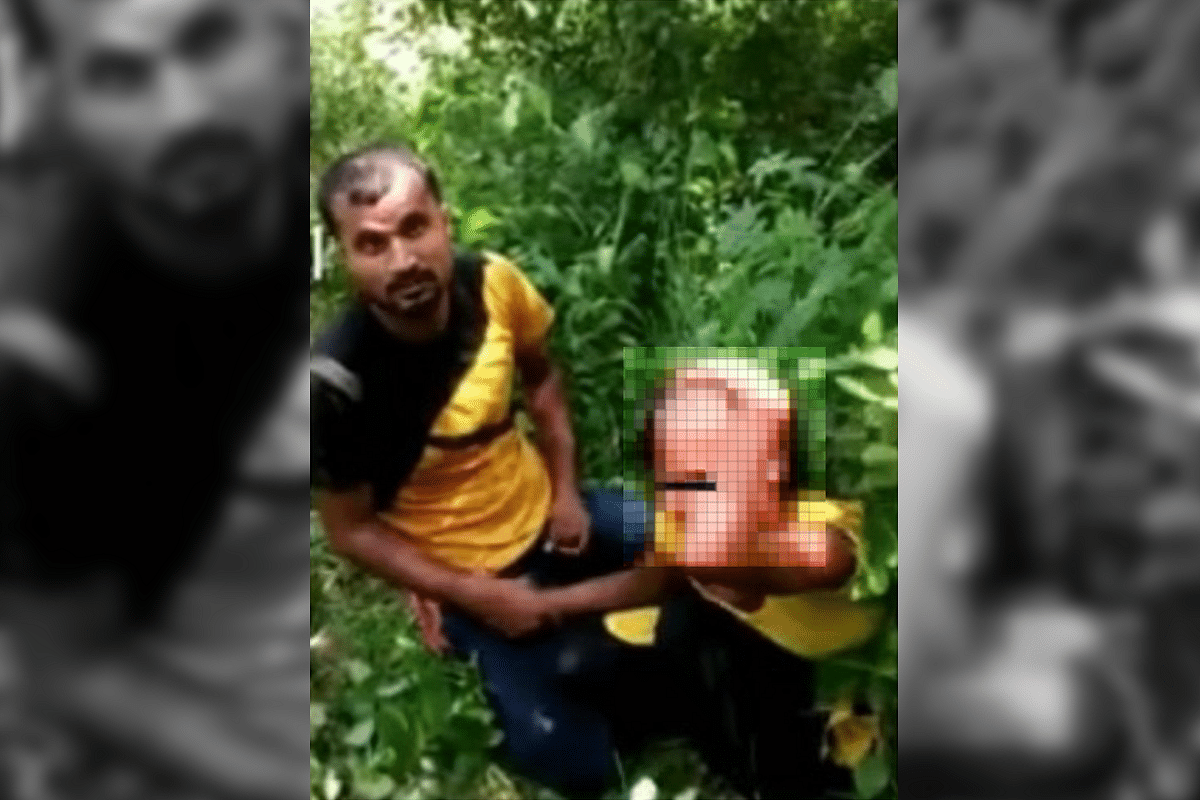 A capture of the video

In an Uttar Pradesh village, near Allahabad, three men nabbed a girl in a field, gangraped her and filmed the video on mobile phone. The survivor is a minor Dalit girl who had gone to her adjoining village to get some grass.

The shocking incident took place on September 21 in Ghosia village of Kaushambi district that falls under Saray Akil police station.

The father of the survivor told the media that cops at the said police station thrashed him when he went to register a complaint.

The National Scheduled Castes Commission has taken suo moto cognizance of the case.

In a reply to the commission on September 23 (accessed by Swarajya), Kaushambi superintendent of police Pradeep Gupta informed that a first information report (314/2019) has been filed against three men, namely Mohammad Chhotka alias ‘atankwadi’ (20), Badka (22) and Mohammad Nazim (20). Chhotka and Badka, translated in English as ‘younger’ and ‘elder’, are brothers and residents of Ghosia village.

The sections applied are 376 (rape), 376 D (rape by one or more persons), 354 (assault or criminal force to outrage modesty of a woman), 506 (criminal intimidation), 286 (negligent conduct with respect to explosive substance), sections 3 and 4 of Protection of children from sexual offences or POCSO Act, section of Criminal Law Amendment Act, and various sections of SC/ST Act.

Only one of the accused, Mohammad Nazim, has been arrested so far. As per local media reports, Nazim was caught by villagers while the other two managed to flee.

A special investigation team (SIT) was formed on Sunday and five teams are searching for the absconding accused. A prize of Rs 25,000 has been announced on them.

In the video (accessed by Swarajya), two men can be seen raping the girl in turns while one of them is recording the act.

One of the rapists is heard telling the girl that she is lucky that they are only three as usually it’s done by a group of over 20. “Those men would have taken your video to your father as well,” one of the man is heard saying.

The girl, amid screams and desperate pleas to be spared, is heard telling the men to stop it for Allah’s sake. “Allah ki kasam, mere saath mat karo (for Allah’s sake, don’t do this with me),” she says, but the men ignore her. The girl is referring to them as ‘bhaiya’ (brother) throughout.

An official in the SC commission, without wanting to be named, said further probe is necessary to find out if the group, or other men from the same village, have been involved in similar crimes in the past.

The accused’s statement in the video that “usually it’s done by a group of over 20”, evokes suspicion, the official said.

The survivor’s statement has been recorded and a compensation of Rs 4 lakh released.

As per a report, the police may involve the National Security Act against the accused.