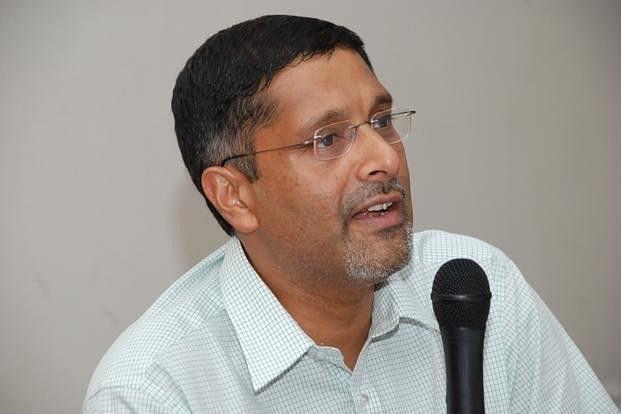 ‘Gaslighting’ is all the rage in America. It is the act of creating such effective propaganda that the subjects of said propaganda begin to doubt their own sanity. Naturally, that makes them far more likely to swallow the whopping lies the propagandist sends their way. It is a very effective, Goebbelsian tactic.

Take Tulsi Gabbard, popular politician and US House of Representatives member from Hawaii. Until recently, she, a former soldier, and a critic of both the Democratic Party (which she is a member of) and the Republican Party, was seen as a liberal, progressive up-and-comer (female, part-Asian, part-Pacific Islander, anti-war-mongering) in a nation that’s trending left-wards. She, it appeared, checked all the right boxes.

But Gabbard’s campaign for President changed all that. The new narrative is that she’s reflexively anti-gay, and that it’s because of the ‘cult’ Hindu guru who influenced her mother, although she’s said that it was a youthful indiscretion influenced by her Christian pastor father. The fact that she’s unapologetically Hindu has been turned into a handicap, as commentators hint darkly about ‘satanic cults’ and other memes about ‘pagans’. The American electorate has been gaslighted.

The media is the culprit, although a certain university that shall remain nameless is also a shining star. They seem on occasion to do research to order. For instance, their researchers created a story about cholesterol, which was very profitable for Big Pharma, until it was debunked 30 years later. Others have pushed the Aryan Invasion Fairytale in all sorts of ways, most recently through pseudo-science.

We in India may not be familiar with the term ‘gaslighting’, but we’ve been living it for decades. Almost everything we have been led to believe flies in the face of reality, but we have been told the cognitive dissonance we suffer is because there’s something wrong with us. Some of us knew from way back that socialism and ‘secularism’ are disasters for the country, but we were told to shut up and sit down, and instead we were fed various rosy Potemkin scenarios.

The fact is that there’s nothing noble about starvation; there’s no Manifest Destiny that a single family should rule the country all the time; there’s no point attempting to be the nominal leader of banana republics. Do not ruin the country with the dead hand of dirigiste bureaucracy. Do not create incentives for backwardness and victimhood so that you force everyone into a race to the bottom. All this is obvious, but we’ve been led to believe the opposite.

Lutyens media has been the principal transmitter of said gaslighting. And we saw this in spades in Modi 1.0. We were told, gravely, about many things that we ourselves did not observe. For instance, we were told about hardships people suffered during demonetisation, with hundreds falling over dead of heart attacks while waiting in line to draw our measly rupees.

In reality, there were queues, yes, and it was inconvenient, yes, but it was hardly the catastrophe the media claims to this day. The chief economics correspondent of the Financial Times asserted, yet again, that demonetisation was a complete disaster. The proof was left, however, as an exercise to the reader. There is an alternative reality: it was annoying to be cash-less, and small businesses were hurt, but the poor are used to suffering (60 years of deprivation and endless queues for everything), and they enjoyed the schadenfreude about black-moneyed elites hurting even more.

Similarly, there was agrarian distress, but it was confined to some sectors such as sugarcane and cotton, and farmers all over the world complain all the time anyway. I ask you, have you ever seen a happy farmer? But every farmer benefited from low inflation, because they too are consumers, and the sharp fall from the peaks of 14-15 per cent during the UPA years to about 5-6 per cent was a great relief to them.

There was also the giant fuss about Rafale. I didn’t find too many people who thought there was major corruption in that procurement. The general probity of the Modi 1.0 administration and the lack thereof in previous administrations were both well-known, but you remember the various dramas about it, including a newspaper that published leaked Rafale documents trimmed for effect.

Arvind Subramanian And The Nehruvian Stalinist Rate Of Growth

There is no question that Indians were gaslighted (gaslit?) as a nation, and fed stories that were at odds with our personal experience. And that proceeds apace. The latest of the lot is Arvind Subramanian’s broadside about the unreliability of Indian GDP data in a working paper. Call me prejudiced, but I look at economists with a little scepticism, because of their habit of never being able to predict cataclysms, but being ready with post-facto justifications. Nevertheless, even on the economics front, Bibek Debroy and others have harshly debunked the former CEA’s claims.

What interests me more is the gaslighting. We can see with our own eyes how things seem to be getting better all around us. I’m old enough to remember how it took my father six years to get a phone after booking it; similarly a scooter he booked for me when I went to IIT didn’t get allotted until after I graduated five years later. There was only a single car in our entire colony, and three scooters. Nobody ever took a flight, not to speak of a foreign vacation.

Compared to those days, there’s a vast change in the lives of people today. It is palpable, it is on the ground, and it shows. People are simply more prosperous. Average life expectancy is about 70 now, and that cannot be faked. And air traffic increased 13.6 per cent in 2018-19: doesn’t sound like an economy growing at 4.5 per cent.

Not only middle class ‘people-like-us’, but it’s also the still-large number of the poor. Looking around Kerala, starvation and destitution aren’t much of a problem except for the poor tribals of Attappadi who are undergoing a slow genocide. There are poor people, but they’re poor in terms of lack of opportunities, a hand-to-mouth existence, inability to save for a medical emergency, or not having a house of their own.

There is data validating the fall in the number of the desperately poor, as in World Bank or IMF estimates. For the first time in a long time, this year India ceased to have the largest absolute number of poor people on the planet: Nigeria took over that dubious distinction. That is an indirect result of growth, and of trickle-down.

Arvind Subramanian wants us to ignore all of this, and conclude that India has not been progressing, and is back to the dismal Nehruvian-Stalinist Rate of Growth of 4.5 per cent (which was deliberately mis-characterised in racist manner as the “Hindu Rate of Growth” by an otherwise forgotten Marxist economist named Raj Krishna). In fact, that is nonsense, just as much as MIT economist Abhijit Banerjee’s assertion in support of the bizarre but thankfully short-lived NYAY concept from the Congress: he thought inflation was too low, and felt it necessary to bring back the ‘inflation tax’.

‘Inflation tax’ is just about the most bone-headed and insidious idea imaginable as it stealthily impoverishes you. But that was precisely how Congress governments functioned, as Monica Halan said in a very good essay: they inflated away the purchasing power of the rupee (and the value of debt) and thus transferred wealth from savers to borrowers (usually crony capitalists). This is also reflected in the fall of the rupee from 1 USD = Rupees 4 in 1947 to 1 USD = Rupees 68 in 2014, which is a loss of 94 per cent of its value. How this can be anything other than an economic crime against humanity is not clear.

There are at least two fallacies in Arvind Subramanian’s argument. The first fallacy is obvious: confusing correlation with causation. Regression analysis, which forms the core of the working paper, conveniently skirts the question of exactly what caused what. Therefore it calls into question the entire exercise.

Apart from methodological and statistical issues there is the second fallacy: assuming India is like other countries. There are no comparables: this is one of the largest masses of people in the world, with extraordinary diversity but perhaps importantly an unbroken cultural continuity that goes back millennia. India’s problems are so vast (and solutions so unique) that simply extrapolating from the experiences of small, rich countries, as Arvind Subramanian has done, may not be valid.

The Americans and the Chinese have their notions of exceptionalism, and there is a book on Islamic exceptionalism as well. There is a good case for Indian exceptionalism, and if I were more diligent I’d write a book about it. India IS different. But Nehru was unable to see that, as he had a mediocre intellect and a poor Western education and didn’t understand the value of culture. Today, when India stands on the threshold of greatness, it is necessary to understand how exceptional we are.

India’s problems are different, and India’s solutions are different. We can’t simply import Karl Marx, or Thomas Piketty, or Milton Friedman, much as Westerners would like us to. The Economist magazine crowed excitedly about how India was not growing. Reading between the lines, this whole exercise was a hit job: intended to put FUD (fear, uncertainty and doubt) into the minds of investors, thus knee-capping India and preventing it from rising.