Gautam Gambhir Mattered When It Mattered The Most 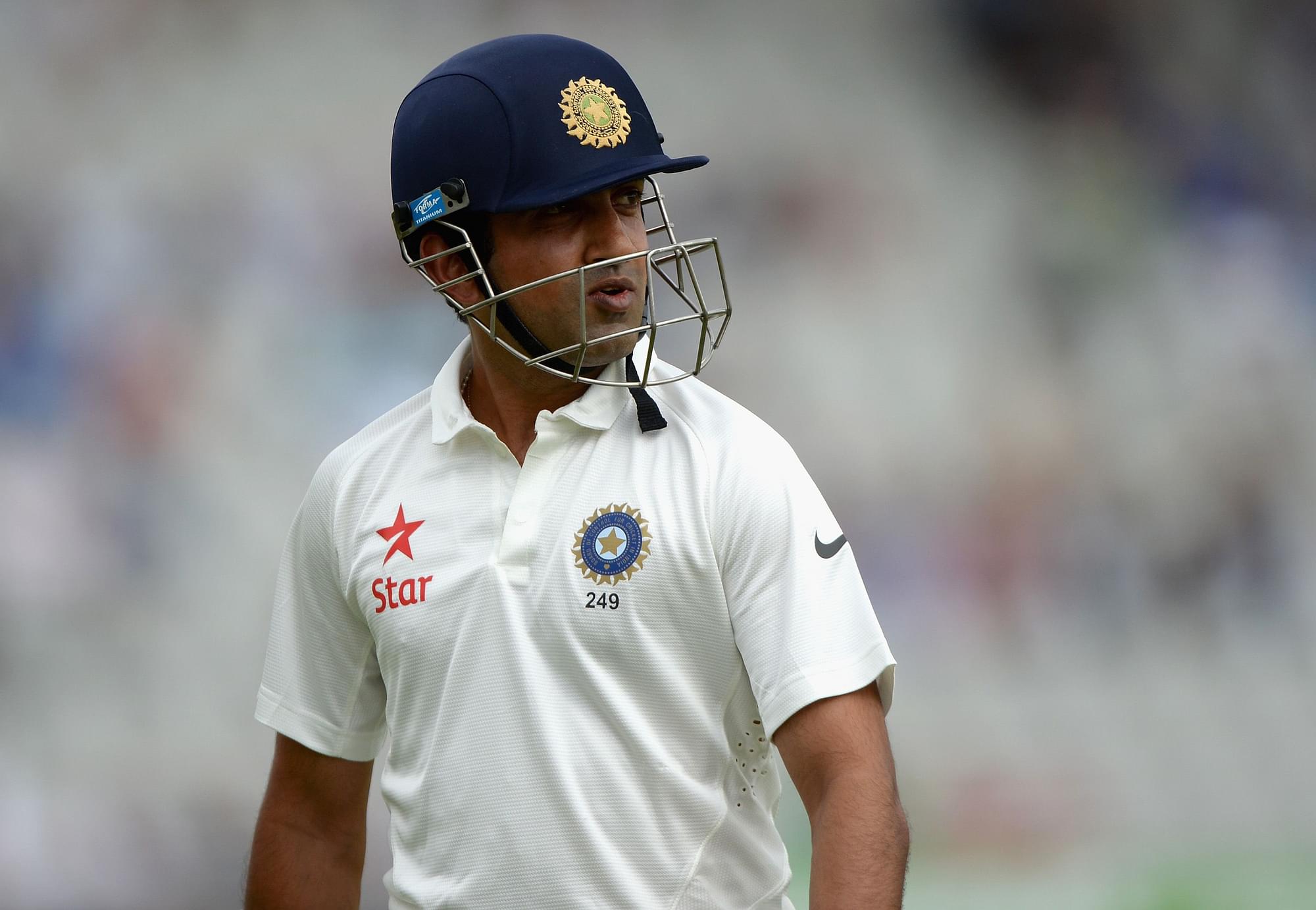 Gautam Gambhir was seen as the very embodiment of fearless T20 batting when his unconventional tactics took the inaugural World T20 Championship in 2007 by storm.

The event was largely seen as an experimental one. Thus when a young aggressive Gambhir unleashed an eccentric approach, it instantly caught the imagination of cricket fans. Mainly, it was his amazing penchant to step out every now and then to fast bowlers and hit them over their head that left cricket followers and bowlers stunned.

They had never seen anything like this. Till he danced down the pitch to seemingly throw caution to the wind with that devil-may-care stroke, stepping out to bowlers of extreme pace was unheard of in international cricket. They had seen batsmen use their feet to get at spinners. Against pacers the usual strategy to put them off line was to either pull away to the leg and make room for an expansive off-side stroke or get well inside the line of the ball to tuck it away to the leg side.

Gambhir, besides doing these, also caught opposition pacemen off guard by stepping out to them every now and again. It was quite a unique sight: a paceman charging in to bowl being countered by a batsman stepping out to smash him out of sight!

The first time Gambhir pulled off this audacious stroke on Pakistan in South Africa, paceman Umar Gul and probably the whole of Pakistan were shocked. He suddenly walked out to the pacer and hammered him over his head en route to a blistering match-winning knock of 75.

The best aspect of Gambhir’s batting was that he could also play conventional strokes like cover drive, leg glance, square cut and pull. But by stepping out to the pacers he had opened a new front altogether.  Rival captains and fast bowlers had to commit scarce resources to limit the damage he could cause by this one stroke.

That trade-mark Gambhir shot against pacemen was certainly a novelty in international cricket. Although the opener had made his Test debut in 2003 and his one-day international (ODI) debut the same year, it was his unique stroke against pacers in the World T20 event that was the toast of white ball cricket lovers. It was so exciting that it kindled an air of expectancy every time he took strike.

Another lasting image of Gambhir was the spat with Pakistan’s Shahid Afridi. He stood toe-to-toe with the Pakistani and with his helmet firmly stuck into the latter’s face. It certainly was an ugly sight and International Cricket Council duly came down heavily on Afridi and Gambhir. Had cricket not been a non-contact sport the duo would have been at each other’s throat. So evident was Gambhir’s body-language and bristling hostility at Afridi that day.

Afridi never forgot it. After he announced his retirement he confessed that although he enjoyed great friendship with Indian players Harbhajan, Yuvraj and Zaheer Khan he simply could not stand Gambhir.

“The guy’s hostile on and off the field. I just can’t get along with him,” he said.

Interestingly, Gambhir’s first love was for the army. He passed his National Defence Academy (NDA) exams and could possibly have become an army officer except that he got into the Delhi Ranji Trophy team the same year. His close associates convinced him that he was destined to play for India and he thus opted for cricket rather than a career in the army.

However, even if he did not get into NDA or make it to the Indian army, being combative was second nature to Gambhir. Tales of his tiffs, not just on the field with opposition players but his own coaches, selectors and skippers abound.

He could not stomach either Ajay Jadeja or Manoj Prabhakar being made Delhi coach and was also one of the few in cricket circles to speak out against Mohammed Azharuddin being given the honour of ringing the bell at Eden Gardens to signal the start of an India match.

However, Gambhir’s spats with players, selectors and officials took a toll of his career. It probably brought him a lot of attention but sadly sidelined the fact that he was a very good batsman for India.

At one point of time, his opening partner Virender Sehwag firmly held that Gambhir was India’s best opening batsman ever, after Sunil Gavaskar.

This was high prize, coming as it did from a highly successful Test opener.

The Delhi duo, in fact struck a terrific partnership for the state and country. Of course, as long as Sehwag and Gambhir were on song there was literally no opening for another opener.

Gambhir was good in all three formats of the game and this helped him cement a place for four years, between 2008 and 2011.

Gambhir turned out for India in 242 international matches (58 Tests, 147 ODIs & 37 T20s) between 2003 and 2016. This is a testimony to his longevity and prowess as a batsman. The fact that he enjoyed an excellent average in all three formats speaks well of his utility to the side.

Gambhir’s Test average of 41.95 (nine centuries, 22 fifties) is very good considering that he was an opening batsman and therefore had to bear the brunt of new ball, fresh pitch and prime bowlers. He was not only up to it, but also thwarted rivals with a string of good partnerships, notably with Sehwag.

The left hand batsman’s two most prized knocks in white ball cricket were both in World Cup finals. The first was the cracking 75 against Pakistan in the inaugural World T20 final in 2007.

The other was in 2011, in the World Cup final in Mumbai, Sri Lanka set India a huge target of 275 and then got rid of Sehwag and Sachin Tendulkar cheaply. Gambhir who came in at number three first registered a small partnership with Virat Kohli (35) before skipper Mahendra Singh Dhoni (91 n.o.) joined him in a rollicking, championship- winning partnership of 109 runs.

Gambhir’s innings of 97 not only held the innings together but also piloted India to the epic victory. The Lankans had been very confident that their spinners led by the redoubtable Muthiah Muralitharan would finish off India well within the target score. But they had not reckoned with Gambhir.

The left hander gave a master class in tackling spin bowling as he, played with soft hands, dropped his wrist and used his feet superbly to blunt Muralitharan. The 83-run stand with Kohli and later the partnership with Dhoni dashed Lankan hopes.

The two World Cup wins were probably the highlight of Gambhir’s long career. The fact that he played a huge hand in both victories is a tribute to his ability to play and deliver under pressure. India might have had other high-profile batsmen in their ranks during these victories. But there was no denying that Gambhir was the cornerstone of the wins.

The Delhi opener could probably have played a few more matches for India. But he had burnt his bridges with far too many folks in the system. May be Gambhir saw things only in black or white or did not accept various shades of grey. May be he was too outspoken at inopportune times and this made a lot of important, decision-makers uncomfortable with him around. May be Gambhir’s ‘take no prisoner’ attitude on and off the field hurt his career. We’ll never know for sure.

Gambhir led Delhi to a Ranji Trophy title victory and Kolkata Knight Riders to two IPL titles. He also led India to wins in an ODI series against New Zealand. But whether he would have made a good long term India captain is a matter of conjecture.

But what can be said with certainty is that Gambhir scored over 10,000 runs for India in the three formats. He might have been an opener for most of this period but there was no denying that he had tremendous ability in tackling spin bowlers. May be, if India did not have such a crowded, talented middle order he could well have made an excellent number three batsman.

Finally, did Gambhir live up to promise? He certainly did achieve a lot. But there will always be a nagging feeling that the feisty, Delhi batsman could have been a far greater achiever, other things being equal. What will be, will be.