Global Innovation Index: India Has Certainly Improved Its Position, But There Are Miles To Go Before We Smile 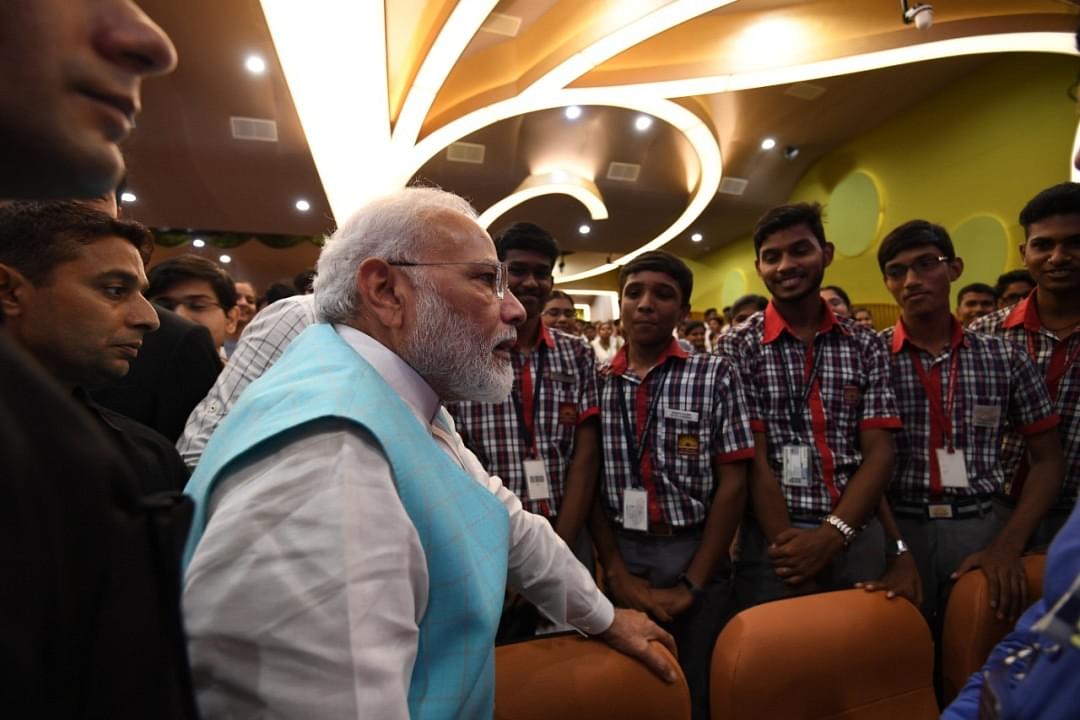 PM Modi interacts with the youth of India.

This ranking is an indicator of a country's ability to support ideation, creativity, innovation and entrepreneurship.

If India aims to emerge as a global innovation and startup hub, then we need to evolve as a knowledge-based society and economy, and from that perspective, our performance on GII is a good indicator.

Compared to last year, India jumped by four positions and for the first time, broke into the top 50.

In the last five years, India has made substantial progress in GII rankings. In 2015, India stood at the 81st position and today, it is at the 48th.

This undoubtedly a remarkable achievement which certainly needs to be attributed to the many initiatives and changes undertaken by the current Narendra Modi government over the last six years.

Moreover, China’s rank on GII is 14 and it continues to top the Upper-Medium Income group range.

I was very surprised to see the Tehran Cluster, in Iran, at the 43rd position inspite of few international patent applications; they however, show a huge surge in scientific publications. However, a recent report by Stanford University questioned the quality of these publications and even the ethics of researchers in Iran.

GII might have ignored this report, but considering Iran’s current international relations with the Western world, this achievement is highly commendable.

GII-2020 is still dominated by Western countries, but we can safely say that the growth is shifting towards Asia as we see multiple Asian countries showing a solid jump in their positions in the last few years.

Apart from India, Philippines has shown considerable progress in the last five years, while Vietnam is ahead of India on multiple crucial parameters and also on overall ranking.

India tops the chart for the ‘Central and Southern Asian’ region, while it is third in the list for the Lower-Medium Income category group below Vietnam and Ukraine.

Other Central and Southern Asian countries are struggling though, with Sri Lanka, Pakistan and Bangladesh at 83rd, 88th and 114th positions respectively.

I believe India is certainly doing better as compared to countries like Vietnam, Romania, Greece, Hungary and many more such countries, which are currently ahead of us on GII, and one of the reasons India may not be getting its due is the gap in its data collection — especially with regard to making data accessible to various agencies, so that correct information is available to WIPO while compiling the results.

Also, I was puzzled by India’s performance on some of the parameters like Political Environment and Stability. I think in the last five years, India has seen one of the most politically stable governments and environments, but we are still ranking 60th on that parameter. I couldn’t get complete data to check which other countries are ahead of us, but I plan to look into that parameter in-depth.

Further analysis of data shows that India is topping the chart in Information and communications technology (ICT) services and exports, and is doing considerably better on knowledge and technology output-related parameters.

Another parameter which we should be proud of is our phenomenal improvement on the ‘Government’s Online Services’ parameter. On this parameter, we now rank ninth globally, which indicates that Indian governments are aggressively moving towards providing critical services to citizens online, thus making them more transparent and efficient.

But our performance on parameters related to ICT and internet access to citizens is still not good.

However, I believe that a renewed push on the Digital India campaign has led to substantial growth and massive push in the use of the Internet and data by common Indians.

Also, endeavours like data localisation, Local pe Vocal, et cetera seem to be complementing the Digital India initiative, and hence, we are seeing more digitisation and uptake of India-centric services.

Moreover, phenomenal success of apps like Aarogya Setu and BHIM UPI are classic examples of the nation’s adoption of ICT-based services during the current pandemic.

Other parameters on which India is not doing so well are Creative Output and Education (especially primary and secondary) and related parameters. We believe that our proposed New Education Policy will substantially help improve on both these.

The emphasis of NEP on 5+3+3+4 format and its stress on foundational literacy and numeracy will create a huge impact.

NEP also lays huge emphasis on improving creativity and problem-solving abilities of our students, with a reduction in rote learning.

It also promotes the entry of foreign universities in India as well as allows Indian institutions to set up campuses abroad, as a result of which India will have a large number of foreign students coming in for higher education.

Moreover, the Study in India programme has now started getting traction and I believe we should be able to improve on these parameters in due course, as the right steps have already been initiated in that direction.

One of the key parameters in Education which GII uses is pupil-to-teacher ratio — in which, again, India is not performing well. But I believe this parameter is now becoming obsolete, considering the growing digitisation of education.

Moreover, GII has no parameter to consider the availability of Massive Open Online Courses (MOOCs) platforms like Swayam and dedicated TV channels for education like Swayam-Prabha.

Additionally, the current Covid-pandemic has pushed a large number of schools and colleges to take to digital and online teaching, thus further reducing the importance of pupil-to-teacher ratio.

Apart from Education and Creative Outputs, there are a few more parameters on which India can improve substantially, which I will deal with in the second part of this article.

To conclude, it is very heartening to see that India is making considerable progress on the GII ranking, but still, a 48th rank really does not do justice to our true potential, and the efforts which we have undertaken to promote the spirit of innovation and entrepreneurship within our society.

We should aim at getting into the top 20 in the next four-five years.