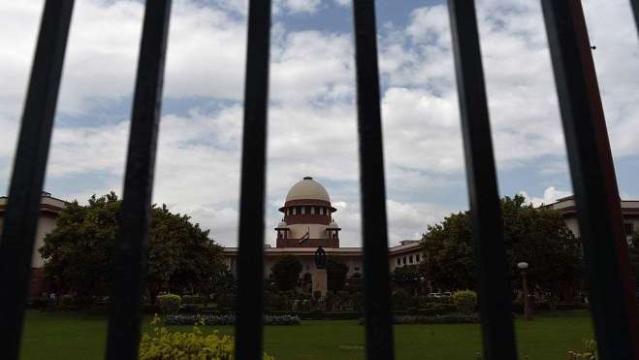 Reports that the ‘rebel’ judges and the Chief Justice of India have ‘made up’ over a cup of tea were premature. There have been a few meetings held among the collegium, and the issues are not fully resolved yet. The judiciary was convulsed by an earthquake, high on the ‘revolt scale’, and the ‘aftershocks’ may linger for long, and unless there is a ‘surgical strike’, search for the core, harmony and balance between the three institutions, so vital for a functioning democracy, would continue to wobble. Would the political class – read the executive – submerge their differences and serve India’s cause with the legislature? Where do we go from here?

My lords, the nation mourns in agony as to what has come of the noble institution that our forefathers constructed for us, brick by brick, with their blood, sweat and tears. In the Constituent Assembly, selfless souls and freedom fighters burnt the midnight oil, to give the mother of all laws – the Constitution – to ourselves. They sacrificed their all so that we may make that tryst with destiny.

The Constituent Assembly members subsumed their differing backgrounds, class, thought, ideology, leanings, ideas, and got together, and their collective wisdom is our sublime Constitution, as Justice Vivian Bose put it. The framers intended that the Supreme Court, at the apex, would be supremely fit to ‘protect and preserve’ the Constitution. Each one of you took the oath devised by them, so that it may inspire you to live by their ideals.

Alas, in one fell swoop, four of the senior-most of our judges, in an avoidable public appearance, declared war on the institution itself, and not the Chief Justice of India, as they claimed. Calling for a conference on the lawns of the premises of the spokesperson among them, they accused the Chief Justice of ‘arrogating’ to himself a power that the group conceded the Chief Justice possessed as the first among equals.

In a letter put together with a host of grammatical errors, they violated the grammar of constitutional law itself and tore to pieces the collective wisdom of the framers of the Constitution. The letter itself was notable for hiding more than it revealed. It was as if they set out to make it a ‘tell all’ and then developed cold feet and chose to allude to ‘matters’ which the Chief Justice chose to entrust to juniors on the bench, by circumventing the seniority of the four. It was ironical of them to claim that they refrained from identifying the ‘matters’ to avoid embarrassing the institution’ when all they achieved was what they set out to avoid.

Sorry, my lords, your appearance, broadcast live, with your opening lines from the spokesperson of the group, Justice Chelameshwar, was to profusely thank the print and electronic media for their large presence. That set the stage for a ‘performance’ in public glare and they were happy to ensure that they had the eyeballs and high television ratings. A supposedly reticent lot was happy to be basking in the limelight and while they were ‘anguished’ to do so, they had little ‘concern’ for taking the ‘institutional integrity and discipline’ to the cleaners. And this, in the garb of protecting the integrity of the institution and to ‘save democracy’. It was a moving experience, except that it was shaming us all and setting a poor precedent. Imagine if every ‘group’ in the 26 High Courts follows suit, or if Vijay Mallya quotes the four – on the state of judiciary – to oppose his extradition?

Remember the statements of the incarcerated sitting judge of Kolkata High Court, hailing from Chennai, that the judges of the Supreme Court were ‘least credible and qualified’ to discipline him when they had no answers to many of his posers. Well, he may well be chuckling as he served his term and got out.

The four claimed that no matter how hard they tried and pursued with the Chief Justice, within the collegium or outside, he was unyielding. They were left with no options but to go live on television. Well, my lords, this is a textbook instance of all that is wrong with the theme and song of the collegium and is reflective of the total collapse of the so-called internal self-regulation mechanism. The group’s public display has yielded space for the executive and the legislature to gloat and say, “we told you so”.

Recall the ‘list of bad apples’ the then attorney general submitted to the bench – hearing the collegium challenge. We cannot trust the institution with characters who anoint themselves and with absolutely no accountability routine, except for the elusive impeachment angle.

Can the institution recover? While the letter promises an open debate and discussion to sort out the differences, how can we trust that it would not lead to band-aid solutions of compromise on ‘principles’. So we exhort. In the name of God – Go, Collegium, Go.

Yes, the collegium is well past its expiry date. It has failed us all – the people, the nation and the institution. To begin with, the collegium was a constitutional monstrosity perpetrated on the nation since the political class was seen to be failing. The last 25 years and the recent experiences are stellar instances to demonstrate to even the most avid opponent of executive interference. At least we can throw out the politicians at the hustings. This ‘unelected tyranny’ has proved far more damaging to the institution. The nation can ill-afford a repeat of such instances.

And the total absence of any internal mechanism to deal with judicial adventurism has exposed the dire need for a National Judicial Commission – repeatedly sought for by the late lamented Justice V R Krishna Iyer. It is time for the political class to close ranks and get the National Judicial Appointments Commission back on track and reduce the glitches from the top court’s verdict. Strike when the iron is hot.

If the consequence of this ‘unprecedented revolt’ results in the legislature and executive grabbing this opportunity, the purpose of the public jamboree would have truly served ‘to save democracy’.