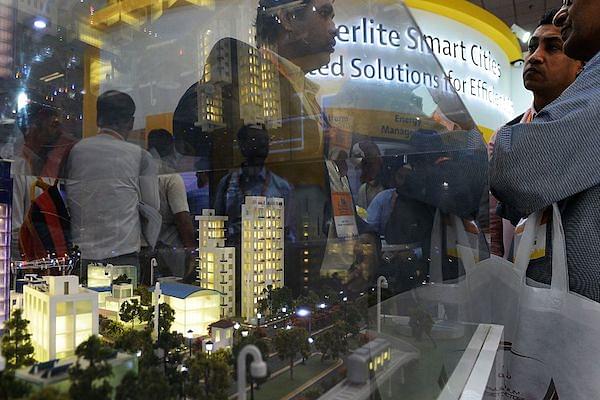 A few years ago, the United Arab Emirates started building a new city from scratch— Masdar City. A few readers might have even seen a documentary about it on the television, extolling its fantastic infrastructure and superb planning. It ticks all the right boxes too— “great vision”, “sustainable”, “well-planned”, “smart city”, “impressive use of technology” and more.

One might start thinking about Prime Minister Modi’s “Smart City Mission” in India, possibly giving you people an “out” from the city they currently live in. It turns out that Masdar City is on the verge of becoming a ghost city with only about 300 inhabitants— students will be paid to live there.

Developing infrastructure isn’t enough to attract talented people to a city and, thus, make it smart. The presence of talented people is necessary and that takes time, economic freedom and the existence of social institutions.

Coming back to India, Prime Minister Narendra Modi’s focus on Urban India is a remarkable departure from the previous government’s agrarian povertarianism. A few months ago, while launching many projects in cities all over India from Pune, the Prime Minister remarked that the days when urbanisation was seen as a problem are over, and it is now seen as an opportunity. He also spoke about how cities are not only growth centres but also centres for mitigating poverty. This is good news. The better news is the fact that the mission does not aim at building brand new cities.

Pessimism surrounding the Smart Cities Mission can be explained like this: the designers of the mission consider cities to be primarily a geographical unit which can be made “smarter” by periodic government missions. The next step is to upgrade their technological infrastructure and make it a venue for “sustainable development” projects thought up by urban planners. They consider information technology to be a multi-purpose medicine that can be used to solve the myriad problems of urban life, be it traffic, garbage, crime, potholed roads, etc.

Technology can play a huge part in improving the quality of urban living but government focus on IT as the path to “urban nirvana” has led to us ignoring some fundamental problems which our cities suffer from. While IT can theoretically increase the speed of the traffic on city roads, it cannot alter the fact that commute times are increasing in Indian cities along with increasing suburbanisation caused by land use policies of local and state governments.

The improvement in traffic movement (if it ever happens) will be temporary. Easing building and land use restrictions in the city centre would, in a few years, decrease suburban growth and increase the productivity of residents and decrease their commutes. It is important to point out that there is NO substitute for real change in government policy. IT-based solutions are, at best, cosmetic changes and, at worst, a form of IT corporate welfare.

In Phase 1 of the mission, 13 of the 20 cities selected are going to build or purchase a “Centralised Command and Control Centre”. Seven are going for a CCTV surveillance system. 11 are going for a Smart Parking System. Six cities will be setting up a “Wifi- IT connectivity” system. Three cities will be building a Data Analytics Centre. The list is huge. As expected, most of these initiatives are top-down interventions by city governments and wish away “the knowledge problem” that is faced even by diluted forms of centralised planning. For example, Bhopal is coming out with “intelligent shopping apps” and Guwahati is planning to put solar panels on the roofs of buses.

Scholar and tech enthusiast Anthony M. Townsend, in his book, points out the problem with such initiatives. He takes a look at Brazil’s Rio de Janeiro which pioneered “Smart City Solutions”, under Mayor Eduardo Paes, by hiring a team from IBM, led by Bengaluru’s very own Guruduth S. Banavar. They built a “Center for Intelligent Operations” which was originally intended to be a tool for use in disaster management and response. However it ended up as a “high-precision control panel for the entire city”, connected to hundreds of surveillance cameras and sensors.

This extensive surveillance has not helped the city significantly (though it has helped IBM immensely) and, according to Townsend, only helps the city “look smart”. He continues to explain how the urge to “look smart” is not new given that mayors (city governments) all over the world have been attempting various “urban rejuvenation projects” for decades but to no avail. In the West, it used to take place in the form of slum clearance, mega public housing projects, amusement parks, casino belts and, after 2008, tramways and needless metro expansions. Smart City initiatives are just the latest addition to this list. On another note, Mayor Paes is ensnarled in a national corruption scandal and has managed to bankrupt his city due to his Olympic initiatives.

In the same book, he also takes a look at South Korea’s Songdo as well as Spain’s Zaragoza— both planned, top-down interventions by governments wanting a “Smart City” and both seem to be nowhere near achieving their ambitious aims. In fact, the way Songdo was planned— extremely wide roads, rigid area planning and depressing architecture— takes the life out of these cities by restricting pedestrian movement and labour mobility. Rachel Keeton, a researcher at the International New Town Institute, put it better:

When planned from scratch, smart cities often seem to be designed for children, rather than intelligent, ambitious citizens

What all this points to is the fact that top-down interventions by governments— city, state and centre— rarely work and if they do work, it most probably will be a temporary relief. All the aforementioned initiatives are an outcome of governments ignoring the fact that cities, primarily, are labour markets— places where firms and citizens find employees and jobs respectively. The resulting innovation is what makes cities smart.

Bottom-up app markets have managed to change the way we travel around in cities through apps like Uber, ZipGo and ZipCar. Apps and websites (and even Facebook) are making it easier for citizens to rent, purchase and sell properties. Apps like Zomato and Foodpanda are making it simpler to order and sell food as well as enable home delivery of the same. Apps like BigBasket and Grofers make it easier for us to order our groceries online and have it delivered at our doorsteps. Paytm and MobiKwik give us the option of having online wallets to make online as well as offline transactions. The resulting increase in mobility and decrease in cost of living expands the size of the labour market and contribute to the growth of the city at large.

In fact, the term “Smart Cities” is itself a product of muddled thinking. Cities are smart as it is. If they weren’t, millions wouldn’t be migrating to cities worldwide. What we can do is make our cities smarter. The role of the government needs to be very minimal if we are to make our cities “smarter” than they are now. That involves building basic infrastructure— sewerage, water supply and good quality roads— allowing RoW for things like fibre optic cables and underground electricity transmission. If cities also attempt to get involved in the business of determining the end-use of private property like land within the city, providing doles, affordable housing provision and building costly urban-renewal projects; we end up with a costly, inefficient mess.

AMRUT and, before that, the Jawaharlal Nehru National Urban Renewal Mission (JNNURM) managed and manages to do a lot of the above, although there is considerable scope for improvement. The structure of the NDA’s AMRUT is better than JNNURM for it pushes institutional reform as well as proper pricing of utilities in Indian cities. It is one of those NDA reform efforts that has gone unnoticed by pundits. What the Smart Cities mission could have done is to complement AMRUT by tying grants to the low regulation of taxis, allowing private operators of bus services and low regulation and harassment of small businesses by city and state governments. Instead, it will end up as an urban planner “Rozgar Yojana” with most of the money spent making little or no difference.

The above views differ with prominent urbanists like Shailesh Pathak who had written a few months ago that “...the tech focus was replaced by a focus on people, and doing what is right for urban Indian residents.” The projects that Prime Minister Modi launched in Pune didn’t reflect such a shift in thinking. There might still be a lag effect, but this author is still sceptical.

Misery To Continue: No Easy Solutions For India’s Traffic Woes

Rampant Planning Is Impeding The Development Of Urban Infrastructure In India

Barring Rentals, Housing For All Mission 2022 May End Up As A Dud