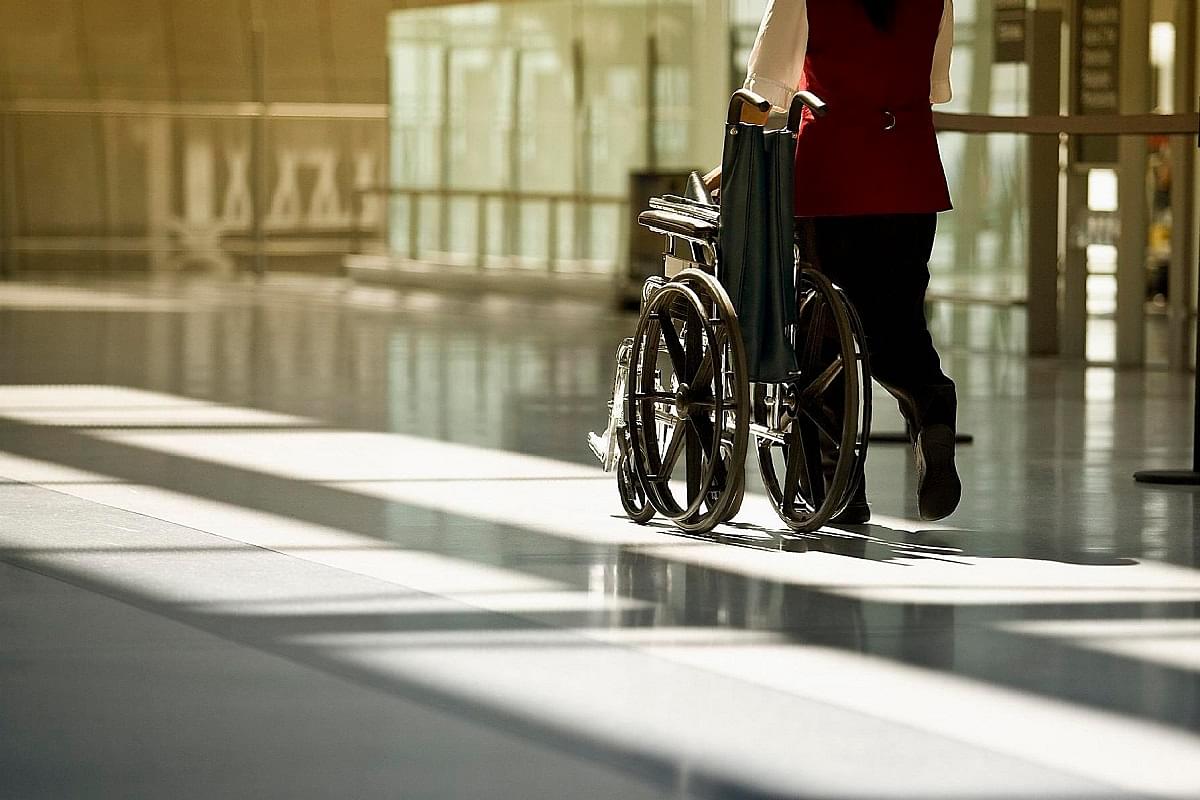 The decision of the national aviation regulator, Directorate General of Civil Aviation (DGCA) to impose a fine of Rs 5 lakh on IndiGo airline for denying boarding to a specially-abled child at Ranchi airport on 7 May, has once again put the spotlight on treatment of persons with disabilities when they seek to travel.

What Is The issue?

On 7 May, InterGlobe Aviation Limited-operated IndiGo, denied boarding to a specially-abled child on a Hyderabad-bound flight at the Ranchi airport. The airline had said at the time that the child was “visibly in panic”. The incident was brought to light in a Facebook post by a passenger at the airport who was waiting to board another flight.

Following social media uproar, the regulator constituted a three-member inquiry committee to conduct a probe. The committee prima facie found evidence of inappropriate handling of passengers by the IndiGo staff thereby resulting in certain non-conformances with the applicable regulations.

Based on the committee findings and reply of show-cause notice by the airline, the regulator on 28 May imposed a penalty of Rs 5 lakh on India’s largest airline.

Is The Reported Incident First Of Its Kind?

The latest incident is just one of the many involving disabled passengers. There have been many others who have undergone the same kind of maltreatment and trauma while undertaking such air flights.

Jeeja Ghosh, an eminent activist involved in disability rights who has cerebral palsy was deboarded from a SpiceJet flight in February 2012. After being seated on the flight, Ghosh was asked by crew members to de-board the plane. It was later discovered that the captain had insisted that she be removed due to her disability.

In December 2013, the author of One Little Finger, Malini Chib, was forced to sign an indemnity bond at the Kochi airport by the IndiGo ground staff. Paradoxically, Chib, also a person with cerebral palsy, was returning after attending the conference of the National Platform for the Rights of the Disabled.

One, Anilee Agarwal was forced to sign an indemnity bond before she could fly from Delhi to Raipur on Jet Connect, threatened with being “body-lifted” by four male flight crew members, and finally “thrown down the steps” in an aisle chair when she refused to be carried by hand.

The worst part is that such incidents keep repeating at regular intervals, notwithstanding the guidelines issued by the DGCA as well as the Supreme Court order in the Jeeja Ghosh case.

What Is The DGCA Regulation On Persons With Special Needs?

The 'civil aviation requirements’ (CAR) with regard to 'carriage by air — persons with disability and/or persons with reduced mobility' issued by the DGCA lays down regulations for the same in order to protect them against any form of discrimination and to ensure that they receive all possible assistance during their travel.

“Once persons with disability or reduced mobility report at the airport with valid booking and intention to travel, the airline shall provide assistance to meet their particular needs and ensure their seamless travel from the departure terminal of the departing airport upto the aircraft and at the end of the journey from the aircraft to the arrival terminal exit, without any additional expenses,” reads the guideline.

The guidelines also mandate all airlines, airport operators, security, customs, and immigration bureau organisations at the airport to conduct training programmes for all personnel engaged in passenger services to sensitise them about assisting persons with disability or reduced mobility, and also alert them to eschew negative perceptions and attitudes towards such passengers.

Post Ranchi incident, the DGCA has said that it will make amendments to the CAR regulation to ensure written consultation with the airport doctor on the state of the passenger’s health as well as the opinion of the pilot-in-command on allowing such a passenger on board before he or she is denied boarding.

What Does Jeeja Ghosh's Judgement Say?

Jeeja Ghosh had moved the apex court against the SpiceJet airline so that others like her wouldn’t suffer violations of their rights guaranteed under articles 14 and 21 of the Constitution.

The court in its landmark judgement delivered in May 2016 highlighted two important rights of disabled travellers: accessibility and reasonable accommodation. The airline had to pay Rs 10 lakh as damages for the mental and physical suffering experienced by Ghosh and also unreasonable discrimination against her.

The judgement led airlines to ask their staff to be more sensitive towards people with disabilities. The CAR rules with regard to the carrying/lifting of differently-abled persons were also revised, ensuring disabled persons were treated equally, standard wheelchairs were made available at airports, SOP and training on how to board/deboard such people.

What Are Other Legal Frameworks To Deal With Such A Situation?

The state has an obligation to ensure that its citizens are not subject to such arbitrary and humiliating discrimination. It is a violation of their fundamental rights, including the right to life, right to equality, right to move freely throughout the territory of India, and right to practise their profession. The state has an obligation to ensure these rights are protected — particularly for those who are disabled.

More specifically, the Rights of Persons with Disabilities Act, 2016 encapsulates the government's obligations to ensure that those with disabilities enjoy the right to equality, life with dignity and respect for his or her integrity equally with others. The act specifically deals with transportation systems, including airports and aircraft.

Further, various international legal instruments also guarantee these rights for the disabled, including the United Nations Convention on the Rights of Persons with Disabilities (UNCRPD), which India ratified in 2007. The UNCRPD specifically targets transportation systems such as airlines in Article 9.

Further, the Biwako Millennium Framework for Action Towards an Inclusive, Barrier-Free and Rights-Based Society for Persons With Disabilities in Asia and the Pacific, published in 2002 and signed by India as well, states that “existing land, water and air public transport systems (vehicles, stops and terminals) should be made accessible and usable as soon as practicable”.