Hijab As Essential Religious Practice Was A Key Argument Of The Petitioners, Why Then Blame The Court For Engaging With It? 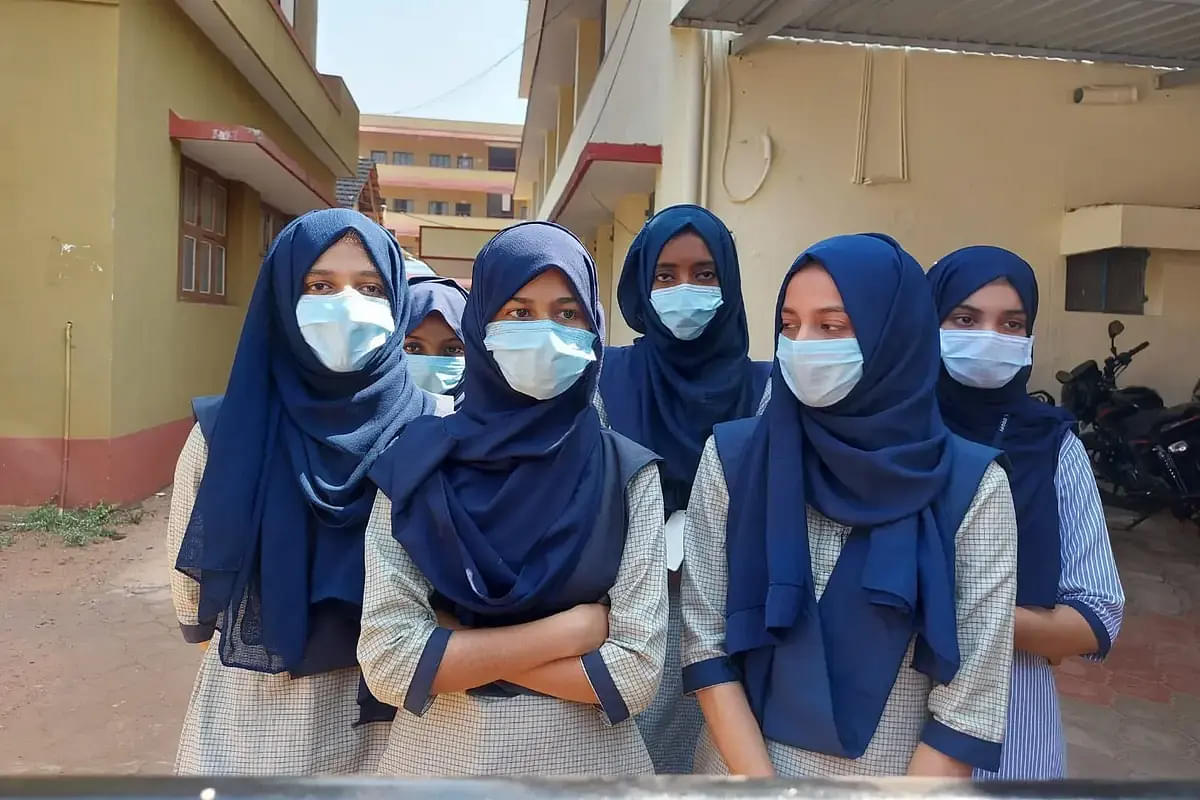 The hijab judgement of the Karnataka High Court has once again brought the ‘essential religious practice‘ (ERP) into question.

While critics and those unhappy with the judgement have questioned the right of the judicial body to pass judgement on what is essentially not their ‘jurisdiction’, what one fails to see is that it was the petitioners who sought the court‘s intervention on these lines.

That the ‘essential religious practices’ test itself is a matter to be contested is an argument for another day. But the courts being made the villain as if it woke up someday to thrust this opinion on those who were just going about their regular business is unfair too.

Before the case was referred to a larger bench, senior advocate Devdutt Kamat representing the petitioners put forth his key arguments, the first of which was that they sought to wear hijab to class as it was ‘an essential practice of Islam’. He then went on to quote the interpretations of verses 24.31 and 24.33 from an anonymous website Quran.com to validate their claim.

Justice Dixit who was then hearing the case noted the first point of law as ‘‘The wearing of Headscarf (hijab) is part of essential religious practice, as prescribed by the Holy Quran and therefore the State cannot direct against Quranic injunctions”.

As the court proceeded to hear this first proposition, it called for a copy of the Quran and asked advocates if anyone disputes the authenticity of the same. Justice Dixit explains that "as state in Mulla’s book on Islamic Law" the court is required to verify "which is the authentic scripture" where holy scriptures are cited and then proceed.

Arguing further, while also stating that the state can’t sit in judgement about it, Kamat states that “ultimately it boils down to if it is an essential practice. State is competent to interfere with any non-essential religious practice on reasonable grounds.”

He further stated that "religious practice cannot be tested on the secular thoughts or any other consideration outside the religious authority...What constitutes an essential practice has to be determined on religions beliefs alone and not based on secular notions.”

And the court in its judgement, has done just that — determined what constitutes an ‘essential practice’ on the beliefs of that very religion and not on any other ‘secular notions’.

Why then are the courts being painted in dictatorial colours? Why are we questioning the rights of the authority one chose as the deciding one, just because it failed to pronounce a judgement in the favour of the petitioner’s argument?

Ayesha, the final year student who chose to drop out, and whose ‘MBA aspirations’ have been cut short by the hijab row, as painted by media reports, is quoted as questioning the need for the courts to look at the issue through the lens of ERP. As she calls the court order disappointing, she says, as reported by the Indian Express,“Not that I had high hopes to begin with. But at least the judges could have stuck to the issue of uniforms without getting into whether it is an essential part of our religion”. Unless, she is unaware that it was their own argument, the first of them all, that it be looked as a case of ERP, one wonders what begets such naivete.

Media reports too have said the verdict chose to place the ERP test as the centre of the debate ‘sidestepping’ arguments on freedom of speech and expression and equality.

Prescriptive dictats or norms and their functioning in ’book based‘ (for lack of more secular phrase) or ‘institutionalised’ religions surely have a different bearing on the behaviour of its adherents in comparison to the scope/hold of practices of religions that may not have a single scriptural source, so will the theistic ones differ from the non-theistic. Hence, comparing judgements or arguments in cases that involve two different religions, on the ground of ‘essential religious practice’ sure needs to also take this into consideration.

But Kamat had tried drawing parallels between the sporting of the hijab to the sporting of the ‘namam’ and the rosary and said that a judgement prohibiting the former may set a precedent for objections to the latter. While one is a large distinctive piece of apparel, the others aren't. While one alters the physical appearance setting them ‘visibly’ apart, the others don't.

When the students have been all through protesting that this ‘ERP’ is one that is constitutionally protected and now the court said otherwise, it is only respectable that the petitioners head to the higher courts, like they have, and refrain from questioning the authority of the courts to speak on a matter that they themselves appealed it to. Atleast, for the sake of the Constitution.