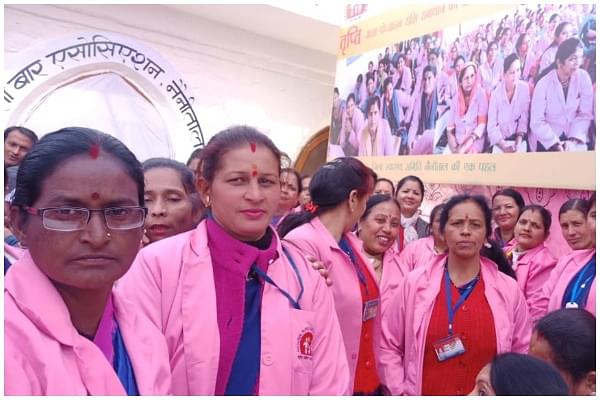 The Trivendra Singh Rawat government is planning to set up maternity waiting centres in 11 hill districts of Uttarakhand.

Among them, centres at Haldwani, Almora, Pithoragarh, Haridwar and Dehradun are expected to come up first in 2020.

A maternity waiting centre is a facility where an expectant mother is supposed to wait, towards her expected due date, under medical care and monitoring.

The aim of the programme is to monitor pregnant women with high risk pregnancies during the last crucial stretch of the third trimester and curb and cut the risks involved in the labour and delivery (which may arise due to lack of care at their end, long distances and travel related risks and stress).

The aim is to stretch pregnancies in cases where premature birth is expected. The aim is to provide roof and care to expectant mothers who come from remote areas and need crucial medical intervention.

It has been observed in the upper districts of Uttarakhand that most expectant mothers decide to leave home for getting medical help only during or after the onset of labour.

Sometimes, they have to travel difficult paths from their village to the 108 Ambulance — an excruciating and uphill task during cramps and complications. The experience — owing to the hilly terrain, the twists and turns of the travel, can be life threatening.

The initiative of the Rawat government seeks to eliminate such possibilities.

The proposed maternity waiting centres will be situated in a radius of 500 to a kilometre from the health centre, so that the woman can access medical care and crucial intervention in the need of an emergency and requirement under doctors and nurses at the medical health centre or first referral units (FRUs).

At FRUs, normal delivery and surgical procedures can take place. Women can stay in the medical waiting centres for 15 days to a week — depending on their needs and condition.

According to National Health Mission (NHM) director Yugal Kishore Pant, the drafting of the proposal, is almost complete.

Pant told Swarajya, "the state is looking at building these centres in centre-state partnership. The MMR is 89 (maternal mortality rate is 89 per lakh as per a survey) at present and if the level is to be reduced and brought to the level of developed countries then we need to take some initiatives in which we need those high risk pregnant women to the FRU or the delivery place well before time. They need to reach there safely. They need to be safe and comfortable at the place."

The inspiration for the programme comes from an initiative run in Uttarakhand’s Rudraprayag district.

Here, a phone call-backed initiative has turned out to be a powerful tool for saving the life of expectant mother and her baby.

When expectant mothers and their relatives living in the villages of Rudraprayag receive a critical phone call from district magistrate Mangesh Ghildiyal, they have little or no room for an element of surprise, or room for wasting the important hours of the last trimester of her pregnancy.

They are expected to pack and head to the district’s maternity waiting centre —Pratyasha Ghar.

He convinces the expectant mother for leaving home at the right time with her relatives so that she is able to reach a maternity waiting centre — his own brainchild.

Ghildiyal, himself a pahadi, knows the contours of this crucial telephonic conversation with the expecting family pretty well.

There is a possibility that the expectant mother would list her reasons for staying back home a little longer towards the onset of labour. "Home, kids, farming, cows...etc."

For the expectant mother, if Ghildiyal happens to make this pivotal call — which is prompted by a message on his system, around her expected due date, it is more likely that he would request her and her nearest of kin to pack their bags and leave for Agastyamuni.

In Agastyamuni, Ghildiyal has made room, literally, for expectant mothers from villages in the district, where they can arrive 15 days before their due date, and stay free of cost with relatives who accompany them at six-bed homely facility.

Their deadline for leaving home, as suggested by Ghildiyal as per the feedback from his records and alerts, is usually 15 days from expected due date — especially if the pregnancy has been monitored, marked and mentioned as high risk pregnancy during prenatal monitoring in the early part of the third trimester or previous trimesters.

DM Ghildiyal says, "there is a portal there is a mobile application. The ANM feeds the data through the mobile app regarding the parameters of the expecting mothers. Any parameter found above or below the (prescribed) cut off mark would be recorded. The ANM would get to know the exact number of high risk pregnancy cases in her area."

He then acts upon the alert issued by a message to him by informing the involved workers to make the arrangements for hosting the pregnant woman and her relatives.

Then, Ghildiyal dials the expectant mother's number to make that important request. Of leaving home for Pratyasha Ghar, which is 'within 100 metres' from the doctors, nurses and Auxiliary Nursing Midwifery (ANM) workers at the Agastyamuni community health centre.

So far 174 pregnant women, including high-risk cases have been hosted in Pratyasha.

Hemanti Devi, a resident of Lariyashu in Jhakholi block of Rudraprayag told this author over the phone that sometimes pregnant women have to be ferried on chairs for over a kilometre to reach the nodal point where village and roads meet.

For Pratyasha, building near the community health centre was repaired. Furniture, including a double bed and almirah, was placed just the way it is done to build a homely environment.

A functioning kitchen was arranged.

Good sanitation was ensured with a bathroom and toilet. "Our aim was to not make the patient feel that she was in a hospital," he adds.

According to Pant, the state will be approaching the Centre for a collaboration and help on the front for building more maternity waiting centres in 11 districts by 2020.

Pant explains the need to build them about the FRUs. He says, "FRUs are sometimes far for people. In an area with a population of three lakh people, there is one FRU in hilly areas, so in a district there are one or two FRUs. It was observed that in villages, people move from home to get labour-related medical care when the expectant mother starts feeling the labour pain."

It was also observed that women are always not comfortable waiting at the hospitals. The idea of maternity waiting centres emerged from the positive response from the facility in Rudraprayag.

Pahadi women are known for being laborious. Most of them do not want to wean away from work and home even during the last stretch of their third trimester.

As they would not want to withdraw from work, it would be hard to convince them to be at the facility for 'waiting' towards the due date — as per Ghildiyal. "That's where Pradhan Mantri Matru Vandana Yojana’ (PMMVY) came as a big relief," says Ghildiyal, adding, "we inform expectant mothers and their family members about the cash incentive of Rs 5,000. This came as a good change."

According to Ghildiyal, khushiyon ki savari — a service pressed to reach women in villages and 108 ambulances help in strengthening the travel to the maternity waiting centre.

Earlier, many villagers would go against their paying capacity to rent a place for lodging the expectant mother and themselves. "It would cost them Rs 3,000 to Rs 4,000." The cost is too high for a humble pahadi.

According to Ghildiyal, currently, there are two people stationed at the facility for taking care of the expectant mother. "Besides these two, there is a cook as well."

For the proposed expansion of the concept, Ghildiyal suggests that existing resources can be used. "District hospitals have a lot of structure that lies unused. A basic facility can be started there towards a maternity waiting centre," he adds.

Ghildiyal maintains that the maternal waiting centres should be at close proximity with the health centres and has an advice, "Hospital ka environment bilkul nahin hona chahiye."

Ghildiyal's initiative is worth cradling for other Himalayan states.

For that to happen and begin, Uttarakhand's hill districts wait for an impassioned reciprocation from the Centre to Rawat government's larger vision of "beti bachao".