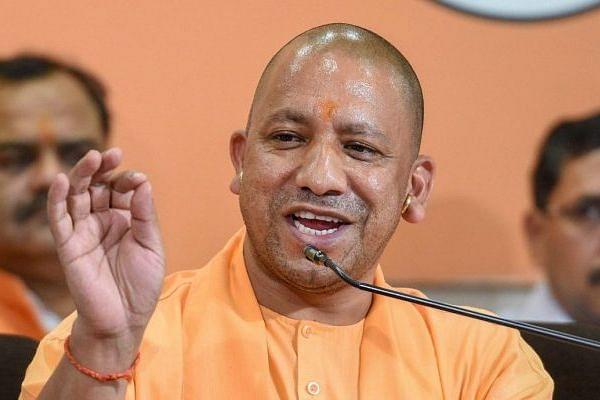 Gorakhpur in Uttar Pradesh was for long notorious for the Japanese encephalitis (JE) brain fever epidemic that killed children every year. Those who survived had physical and mental disabilities. The disease was recorded in Japan in 1924, but as incidences fell in the 1960s, it moved to South Eastern Asia.

The first known Indian case of JE was recorded in Tamil Nadu’s North Arcot in 1955. In 1973, it broke out of southern India and was recorded in Burdwan, West Bengal. By 1978, 18 states and by 2012, 24 states and Union territories had reported suspected outbreaks, 75 per cent of which were in UP.

Gorakhpur has been witnessing brain fever (the leading symptom for acute encephalitis syndrome or AES, of which JE is a subset) for over three decades. More than a thousand children succumbed to it in 2005. Doctors evaluated toxins, lychee pesticides, polio-adjacent virus, even scrub typhoid — that fatally infected Dehradun’s Indian Military Academy cadets in the 1990s after trekking — as causes for the outbreaks.

It was eventually found that patterns of precipitation, flooding and rice production systems affected the disease. The five districts of eastern UP (Gorakhpur, Kushinagar, Maharaj Ganj, Sant Kabir Nagar and Siddharth Nagar) experienced annual flooding. Along with unauthorised piggeries that contributed to the extreme squalour — the pig is an amplifier host of JE, the causes were amplified.

Matters reached a head in 2017, when the newly-elected government of UP under Yogi Adityanath faced its first firestorm over infant deaths. Since eastern UP is worst affected by AES and JE, and laboratory and treatment facilities are available at the 100-bed tertiary care centre of the Baba Raghav Das (BRD) Medical College, patients from the region, and even Bihar and Nepal, are treated in Gorakhpur.

In August 2017, on the back of a massive JE vaccination drive in 38 districts in May and June, the BRD hospital recorded 60 infant deaths, with the lack of oxygen cylinders in the hospital being cited as a main cause.

The new Chief Minister was subjected to harsh criticism from all quarters, particularly the opposition, who wanted his resignation. The fact that districts in eastern UP were among the filthiest in the Swachh Bharat Programme, and that many of the patients were possibly not even reaching a hospital, put the spotlight on efforts other than vaccination drives.

The Health Department officials were quoted as saying that while the number of recorded cases had increased, the case fatality rate (CFR) had declined in the past 10 years. In 2017, CFR for JE was at 11.9 per cent, vis a vis 16.7 per cent in 2016.

Awareness programmes including one where ASHA workers went door to door to talk about brain fever, was possibly leading to higher cases being reported. In any case, Gorakhpur being the new Chief Minister’s Lok Sabha constituency for the past five terms, his critics, and vociferous members of the opposition, were in no mood to listen to any explanation.

The CM announced swift measures to reassure the general public, even as Union Health Minister J P Nadda repeated the Centre’s resolve to help the state. A high-level committee was formed under the state Chief Secretary, the Swachh Bharat pledge was to be administered to schools in the district, and cleanliness of the surroundings was to be undertaken on a war footing.

The government of Uttar Pradesh under Chief Minister Yogi Adityanath and Health Minister Siddharth Nath Singh planned a campaign much in advance of the season when AES and JE hit, that required the coordinated efforts of the state health department acting as the node, with Urban Development, Panchayati Raj, Women and Child Welfare, Rural Development, Medical Education, Animal Husbandry and Basic Education working under it.

In February, April and July of 2018, the most susceptible months, a fortnight was dedicated to vaccination and potable water arrangements. Creating awareness and training programmes — the “Dastak’ campaign against JE and AES, in collaboration with the UNICEF (United Nations International Children's Emergency Fund) — was the Chief Minister’s personal focus project.

Malnourishment, one of the reasons for the rapid spread of JE and AES among patients aged 1-15, was held in check by ensuring that pregnant and lactating women, and infants got nutritious food through the lntegrated Child Development Services (ICDS) Department and Aanganwadi workers.

The epicentre of the whole fracas in 2017, the now infamous BRD Medical College, was significantly upgraded. The number of beds, ventilators and bed warmers were increased, and 500 additional doctors and paramedic staff were trained in the region to handle AES and JE cases.

Health Minister Siddharth Nath Singh said the massive success in controlling the outbreak of the vector-borne disease was due to a planned strategy of the state government which had started its work well in advance.

The results have been stunning, starting 2018.

Not only have the figures fallen dramatically, they have fallen similarly, across all districts.

The UP administration, justifiably proud of their spectacular achievement, has cited these steps as crucial to successful management of AES and JE in 2019.

There were countless brickbats that were thrown the way of the new administration of Yogi Adityanath, when the shocking infant deaths came to light in 2017. In the same vein, it is important to recognise that firm administrative resolve and top-down efforts have led to this dramatic decrease in cases of AES and JE in the worst affected districts.

UNICEF, the partner of the government of Uttar Pradesh in door-to-door Dastak campaigns, declared that “the government had succeeded in immunising every single child in the state against JE and AES”.

It is still a long way to go before these diseases are fully eradicated in some of the most backward areas in the country. But it is heartening to know that concrete steps are being taken in the right direction already.