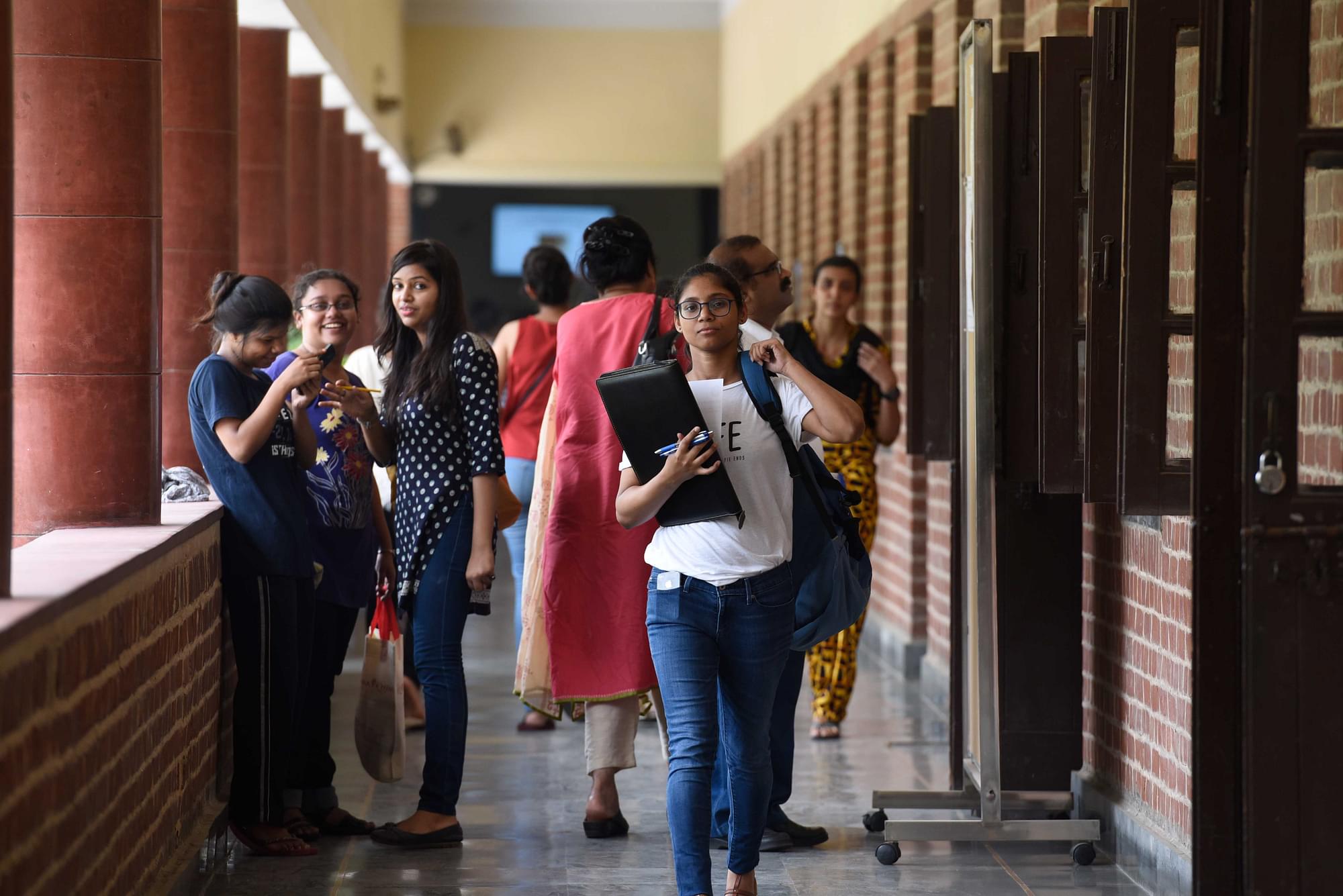 Students on a university campus.

There is much hue and cry in certain political circles of Tamil Nadu about the appointment of Professor M K Surappa as the Vice-Chancellor (V-C) of Anna University, Chennai. Prof Surappa’s only disqualification seems to be the fact that he was not born in Tamil Nadu. The politicians who accuse the central government of interfering in the “rights” of the state are the people who did nothing, but actively contributed to the devolution of higher education sector in Tamil Nadu.

The people who rally for the rights of 'the sons of soil' often choose to remain silent over the alleged exploits, misconduct or the poor excuses of academicians chosen by them to head various higher education institutions. Charges of rampant corruption, especially in appointment of teaching and non-teaching faculty, were so common that most of the those involved in higher education felt desensitised about it.

Tamil Nadu has a long history of corruption (alleged and actual) by academicians, who headed government-funded universities. In 2006, the then Dravida Munnetra Kazhagam government decided to split the Anna University into five universities, region-wise. However, in 2011, the All India Anna Dravida Munnetra Kazhagam government that came to power unified those universities into a single institution, once again. One among them was Anna University, Coimbatore. Prof R Radhakrishnan, who had served as the V-C of this university was sentenced to five years of rigorous imprisonment by a trial court for accepting bribe. Cases were filed by the Directorate of Vigilance and Anti-Corruption (DVAC) in connection with an improper appointment in Anna University, Tiruchirappalli.

Issues related to alleged illegal appointments were tabulated by the Tamil Nadu government in its order 452 on 20 October 2015.

Another erstwhile V-C of Anna University, Dr P Mannar Jawahar, was suspended on the verge of retirement and the suspension was revoked only after a prolonged legal battle in which the court exonerated him. There were charges and cases against many other academicians, who held key positions in various government-funded organisations. At times, people used to say that the courts that hear DVAC cases were crowded with former heads of higher education organisations. Both the academia and the commoners lost interest in fighting against corruption as it seemed to be a part and parcel of government-funded organisations. In fact, a government-funded, but private managed institution, Annamalai University, was on the verge of bankruptcy due to serious financial mismanagement.

However, things took a very ugly turn with the suicide of the former registrar of Periyar University, Prof K Angamuthu, last December. He was in the cross hairs of DVAC for allegedly taking bribe for appointments. Media reports hinted that he committed suicide after his co-conspirators washed off their hands and he was left alone to face the music. This incident shook the collective conscience of the people who demanded that his suicide note should be made public. Prof K Angamuthu's suicide was just a beginning of a period of turmoil. The then incumbent V-C of Bharathiyar University, Prof A Ganapathy, was arrested by DVAC in a sting operation in February. Media reports said that he was caught red-handed while receiving a bribe. That was the first time, a serving V-C was arrested. Things did not end here. Last month, DVAC raided the residences of two former vice-chancellors, Prof M Rajaram and Prof P Vanangamudi. Prof Rajaram was the former V-C of Anna University and Prof Vanangamudi was the former V-C of Tamil Nadu Dr Ambedkar Law University. DVAC registered a case against the former for corruption in the appointment of teaching faculty and against the latter for procedural violations in the much sought after non-resident Indian (NRI) quota.

Appointing an academician solely on the basis of his/her merit is the first step in the path to reformation. Merit and merit alone should be the criteria and not parochial feelings. The Governor, who is also the Chancellor for the government-funded universities, has a tough job on hand as he is expected to put an end to the culture of corruption that rules many institutions. His decision in appointing a candidate on the basis of merit has shown his commitment to the cause, and given hope to academicians, students and common people.

Next, he should turn his attention towards aided-colleges where conditions are equally disturbing. Further, the Human Resources Ministry should think of compiling an all-India list of academicians, who are eligible for vice-chancellorship and directing the search committees to look for candidates within that list.