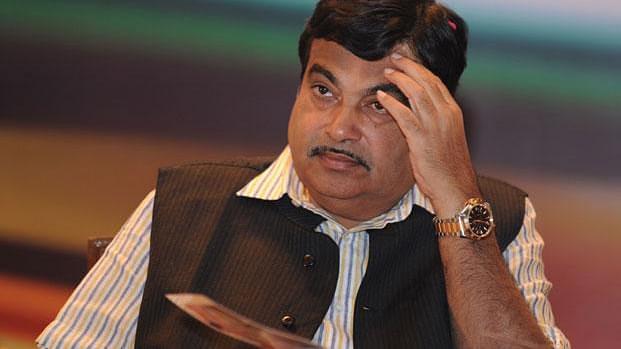 They say an idea can change your life. Small ideas often lead to larger ones and could usher in a revolution. The Industrial Revolution happened because of ideas – ideas on science, ideas on how the church was wrong, ideas on promoting knowledge and so on.

Keeping all this in mind, it does come as a surprise when an Indian minister shows that he is open to ideas. Being open to new ideas is the first step in sparking major changes in lifestyle which impact everyday incidents and also have long-term advantages.

Three ministers, Suresh Prabhu, Piyush Goyal and Nitin Gadkari, have shown that they are not against trying out new ideas; but among them, it is Gadkari, who stands out.

Those who have travelled on the Mumbai-Pune Expressway would know what a stellar work of infrastructure it is. In 1997, former Shiv Sena chief Bal Thackeray had told Gadkari that Mumbai to Pune travel must not take more than three hours. Thus, the Mumbai-Pune Expressway was born. Building a 95km-long, six-lane wide, access controlled, concrete expressway through the Western Ghats, with five tunnels, and passing beneath a protected Archaeological Survey of India monument, that too way back in the late 1990s, is no joke. Gadkari achieved it, and set a precedent, one that Major General Bhuvan Chandra Khanduri, the then Union Transport Minister, followed when he initiated the Golden Quadrilateral under the premiership of Atal Bihari Vajpayee.

However, the Mumbai-Pune Expressway and the 50-odd flyovers in Mumbai built by Gadkari between 1995 and 1999 aren’t his main achievements. Since his appointment as the Road Transport and Highways Minister and Shipping Minister in the Narendra Modi cabinet in 2014, Gadkari has come up with several innovative ideas to help not only fix, but give a big boost to the transport sector.

In 2014, a few months after coming to power, Gadkari announced plans to do away with Regional Transport Offices (RTOs) across the country. He asserted that RTOs were a hotbed of corruption and harassment of the public, and proposed a single central entity to replace different state RTOs.

Again, in 2014, Swedish bus manufacturer Scania decided to run trials of its ethanol-powered bus in Nagpur. Gadkari wrote to the Automotive Research Association of India, seeking clearance to amend the Motor Vehicles Act to recognise ethanol as a commercial fuel type. Further in 2016, the government decided to amend the Central Motor Vehicles Rules to allow older vehicles to ply as electric hybrids. Giving legal recognition to a new fuel type is the first step to getting research and production started.

He further brought out the Road Transport and Safety Bill, which, although still pending before the Parliament, seeks to reform the entire sector with electronic licences, steep penalties and stringent jail terms for drivers who cause accidents. The bill is pending due to opposition by states who argue that it encroaches upon their rights.

In order to revitalise the highways sector, which had fallen into a precarious condition after a string of failed build-operate-transfer (BOT) projects under the previous government, Gadkari introduced the hybrid-annuity model, where the government pays 40 percent of the project cost, while the private players fund the rest. The new model has so far been successful in getting construction of highways back on track.

The Inland Waterways Bill, passed in 2016, was also introduced by Gadkari. It seeks to revitalise the ailing inland shipping sector, and decongest roads and railway networks. The bill marked 111 rivers as inland waterways, paving the way for them to be widened, dredged and cleaned up to make them transport worthy.

A few months ago, he proposed to set up road runways – also known as highway strips – across the country. While such stretches exist globally for defence purposes, Gadkari announced his intention to use them for commercial operations as well. Something new, something different.

But this isn’t all. Gadkari has been amenable to ideas for urban areas as well.

He restarted the Pod Transit Project in Gurgaon. It consists of suspended pods, similar to a cable-car, that are driverless and completely electric. The project evinced a lot of interest with two foreign bidders and two from India. The pod taxi system, pegged at Rs 50 crore/km is one-fifth the cost of a metro rail network per kilometre.

And now, for the biggest of all – SpaceX! Gadkari was recently in the United States, where he had an interaction with officials of Tesla Motors. The hyperloop, conceptualised in 2013 by Elon Musk, runs at 1,120 km an hour, and Gadkari has offered support to run tests between Mumbai and the industrial city of Pune, which interestingly is where the Mumbai-Pune Expressway is located. The hyperloop concept, while not yet commercial, if implemented in India, will make it a goldmine for investments. It will also reduce the travel time between Mumbai and Nagpur to 35 minutes! To carry this further, Maharashtra Chief Minister Devendra Fadnavis confirmed that there have been talks between the Indian government, but specified that the product must be completed first before being tried out.

Gadkari has also invited Tesla to set up a manufacturing base in India to promote clean energy, and has offered them free land near airports.

Thus, it is quite evident that Gadkari is open to new ideas that seek to revolutionise the entire transport sector. While dealing with Indian politics, bureaucracy and issues related to court cases is a major problem for any infrastructure project, getting these projects started, will totally change the face of Indian transit.