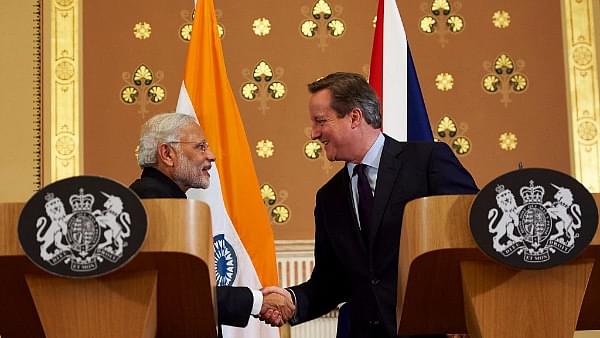 London will always endure because of its key advantages – a place of fair dealing and regulation for locals and overseas participants. Historically, economies and societies that have embraced transparency, competition, and free trade have been ultimately more successful than societies that try to impose bureaucratic rules and constrain activities. It is these values that have enabled London to stay on top for so long.

One of the big changes that London capitalised on in the 1950s was the Euromarkets. The Euromarkets are where assets are deposited outside the currency of origin. The Eurodollar market first came into being in the 1950s when the Soviet Union’s oil revenue – all in US dollars – was being deposited outside the US (primarily in London) for the fear of being frozen by US regulators. That gave rise to a vast offshore pool of dollars outside the control of US authorities.

From the late 1980s, even US companies began to borrow offshore dollars from London, finding Euromarkets an advantageous place for holding excess liquidity, providing short-term loans and financing imports and exports. London was, and remains, the principal offshore market.

As the United Kingdom (UK) deals with the fallout from Brexit and looks for new partnerships and growing markets, India has a prime opportunity to work closely with the UK. Specifically, in the financial sector, India should forge a successful and mutually beneficial relationship with London to make Mumbai the “London of Asia”, thereby joining London and New York as leading global financial centres.

There are three key action points:

- Develop India’s insurance sector, products and expertise, benefiting from London’s years of experience in the sector.

- Co-opt English law into the Indian system; specifically, the rules that govern Indian financial markets. This will help Mumbai take a lead over other competing nations in Asia.

One reason why London will continue to thrive as a financial centre despite Brexit is English law. I admire the workings of English law vis-à-vis the European Union (EU) laws. The fundamental difference in approach between the EU and the UK is how each of these entities think about law.

In continental Europe, the mindset is such that if the government hasn’t specifically authorised an activity, you have to stop and ask yourself if you’re allowed to do it. The result is a delay, inaction and bureaucratic hindrances to draft new laws. In the UK, on the other hand, the mindset is such that you can do whatever you like unless the law specifically prohibits it. The uncertainty is replaced with predictability and confidence to engage in economic activity that drives growth.

Twenty-seven percent of the world’s legal jurisdictions use English common law, in large part a legacy of Britain’s colonial era. English law also spread through the country’s former position at the centre of many global trades, from cotton to gold. As a recent report in the Wall Street Journal highlighted, in 2015, more than two-thirds of the nearly 1,100 claims brought to the Commercial Court of England and Wales involved at least one party from outside these two countries.

English common law is the legal system of England and Wales, in which judgments are made using legal precedents set from previous cases. This differs from the strictly codified civil law that is used through much of the rest of Europe.

Many financial service companies and investors like the flexibility and commercial orientation of common law. Cases under it are less likely to be overruled by generalised principles, as it happens in other countries, such as obligations for parties to act in “good faith.” It has long been a vital selling point for London’s financial district.

As India considers “opening” up its law sector to foreign players, one should assess the advantages of co-opting English law in developing Mumbai into the financial centre of Asia.

- Insurance is a cornerstone of modern life. Without insurance, many aspects of today’s societal life would not function.

- The insurance industry provides cover for economic, climatic, technological, political and demographic risks that enables individuals to go about their daily lives and companies to operate, innovate and develop.

- It is a risk transfer mechanism by which the losses of the few are paid for by many, with premiums based on the risk of each individual or entity.

As Geneva Association outlines, insurance eases the financial burden of sudden misfortune and loss for individuals or entities in the form of monetary compensation or services that can sometimes mean the difference between financial security and poverty or bankruptcy.

Providing for a family after the breadwinner dies, encouraging a person to seek medical help without fearing the expenses, assisting a homeowner or business owner in rebuilding their property after a fire or flood, protecting both consumers and manufacturers against a defective product, protecting the loss of or damages to products during transportation, protecting from agricultural disasters due to bad weather – the list goes on.

One of the most important roles of insurance is to provide long-term investment in the economy. Insurers invest the premium income they receive, making them among the largest institutional investors. For life insurance companies, in particular, the products they write are long-term in nature, and so correspondingly long-term investments are made and held to maturity.

This steady flow of long-term capital provided to the financial markets by the insurance industry is crucial for the financial system as a whole, as it reduces market volatility and thus contributes considerably to the stability and functioning of markets, helping to reduce the cost of capital, allowing businesses to take on “long-term” projects such as infrastructure building, without worrying about duration mismatch – long-term project with short-term funding.

The ways in which insurance contributes to society and economic growth can be summed up as follows:

- It allows different risks to be managed more efficiently.

- It helps relieve the burden on governments for providing all services of social protection to citizens via social security systems.

- It facilitates trade and commerce, supporting businesses and economic growth.

- It fosters a more efficient allocation of capital, advancing the development of financial services.

London’s insurance market, the oldest and largest in the world, started more than 300 years ago in a coffee shop in Tower Street run by Edward Lloyd. The market was first thought up to share the hazards of mercantile trading adventures. It then grew with the British Empire. Today, it’s an essential part of everyday life, playing a crucial role in economic development and having a role in supporting wider societal ends.

As some like to say, “Lloyds of London is the McDonald’s of the insurance industry.” The London insurance market is a truly unique ecosystem of more than 350 market participants, all operating within 400 metres of Lime Street in the heart of the city of London.

There are more than 65 company market insurers, 91 Lloyds’ syndicates, eight protection and indemnity clubs, and over 200 brokers operating in the market, as well as many ancillary professional services firms. Nowhere else in the world will you find the same concentration of insurance expertise.

While London is capturing relatively large and growing shares of “traditional market” premiums (US, UK, Australia and Europe), it is capturing a declining share of emerging market premiums. In fact, London’s share in these markets fell more than 20 percent between 2010 and 2013.

As insurance market growth increasingly comes from emerging markets, London may find its position increasingly challenged. This is where London will be interested in working with a big and emerging player like India.

Now, here’s why I advocate a more developed bond market in India. It is to reduce or do away with the malpractices in state-owned bank lending, which leads to accumulation of non-performing loans.

Reasons to push ahead with the development of an active bond market:

- Credit decisions in banks are in the hands of relatively few decision-makers. A vibrant bond market can provide an additional source of funding and help to establish a market-driven pricing mechanism.

- Banks are more willing to engage in “crony capitalism” since bad loans can often be kept from being written down for long periods with the government’s tacit or express approval.

- Bond investors have a better record than bankers in assessing risk, recalling the failure of thousands of savings and loan associations in the savings and loan crisis in the US in the 1980s and 1990s. Since banks are more levered than the typical bond investor, the systemic risk component is far greater.

- Good “universally respected” contract law underpins a well-developed bond market. This is where “English law” comes in again. In the most recent example, the Greek debt crisis, bonds issued under English law redeemed at 100 cents while those under Greek law redeemed at 10 or 20 cents if they were not reduced to zero otherwise. Why? Because if Greece had “haircut” bonds under “English law,” they would not be able to raise money for years in the bond market, which are largely governed by “English law.”

In conclusion, the three action points are interconnected and eminently beneficial in helping India develop into the financial centre of Asia. India is in need for change, and the opportunity to work closely with the post-Brexit UK is in front of us.

See also:
-How Brexit was also a struggle between British common laws and laws of EU

-10 implications of Brexit for India

-What India must do to limit Brexit fallout