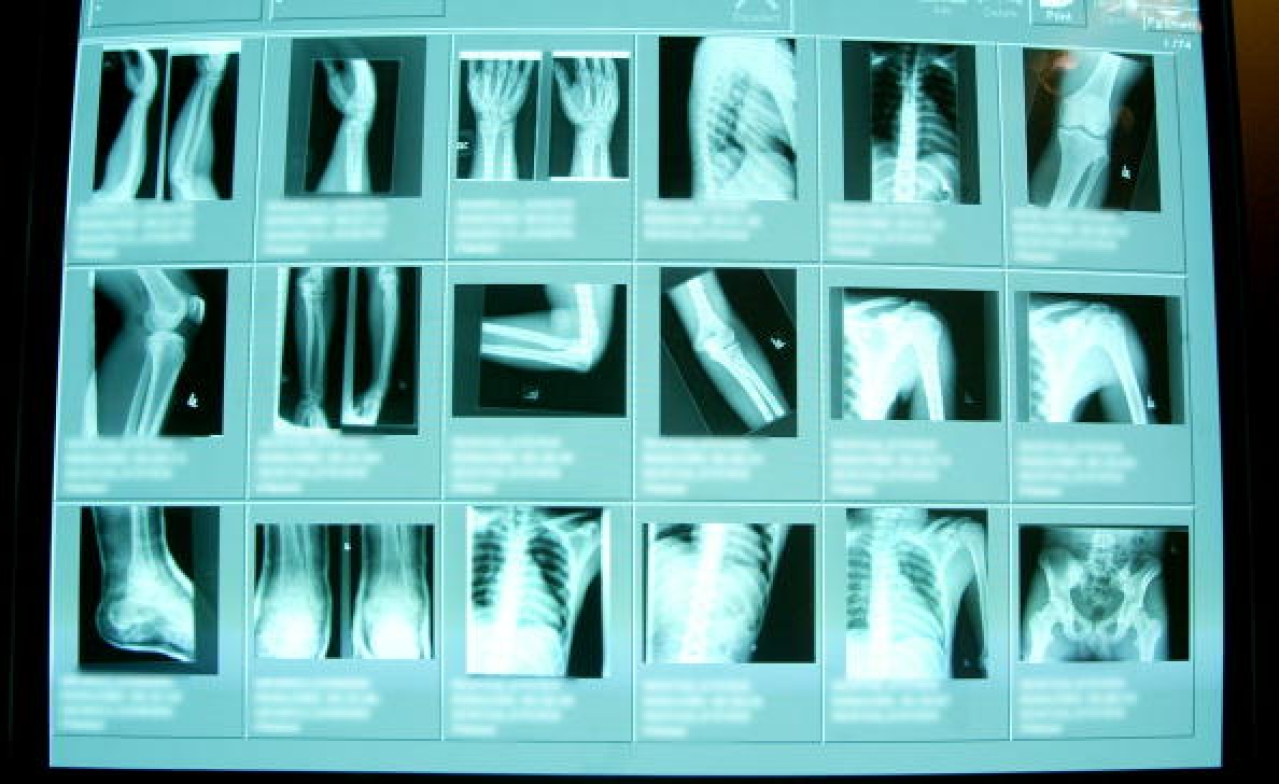 Healthcare in the US is the most expensive in the world.

However, there is no evidence that the high costs produce better healthcare outcomes.

The Barack Obama administration took aim at this problem almost as the first order of the day after the president came into office in 2008. Their goal was to "bend" the cost curve; slow down the rate of increase in healthcare costs, which was outpacing inflation consistently. Being the largest payer of healthcare services through its Medicare and Medicaid programmes for the elderly and the poor respectively, the administration decided to use the one lever it had which could make a difference – payment reform. In the US, physicians and hospitals were long used to fee-for-service, which encouraged volume vs value, resulting, among other things, in an estimated $750 billion a year in waste, fraud and abuse.

The Obama administration launched value-based care programmes which rewarded hospitals and physicians for showing better healthcare outcomes while penalising those who showed poor results. Following a nationwide effort to digitise patient medical records, by the end of Obama's second term, there was near-total penetration of electronic healthcare records (EHR) in hospitals and physician offices across the country.

The presidential election of 2016 handed the White House back to the Republicans, whose first order of the day was to dismantle the Affordable Care Act (ACA or Obamacare). While their repeated attempts to repeal the ACA in 2017 failed, there is deep uncertainty over the future of entitlements such as Medicare and Medicaid, significant beneficiaries of the ACA. However, the shift from fee-for-service to value-based care is underway.

In my latest book, The Big Unlock: Harnessing Data and Growing Digital Health Businesses in a Value-based Care Era, I have discussed the massive opportunity arising for technology-enabled solutions to help US healthcare enterprises navigate the transition towards value-based care. Information technology can unlock insights from electronic health records to drive improved healthcare outcomes, reduce costs of care, and enhance the patient experience, collectively referred to as the triple aim of healthcare.

Much has been written about how Indian IT firms such as TCS, Infosys, and Wipro and American companies, notably Cognizant, rode the Y2K wave and became highly valued global corporations, climbing quickly up the value chain in the years following Y2K to become strategic IT partners with the companies they were serving. These same firms are now in the midst of a major market transition and have to develop their strategies for seizing the emerging opportunities from the Big Unlock. In my book, I refer to these, and other global technology consulting firms, as the arbitrageurs. They are one of four categories of technology providers I describe in detail in the book.

The Arbitrageurs’ value proposition to their clients over the past three decades has been: we will do it for you (and for less).

The business model was based on a cheap and abundant labour pool of software programmers and engineers in India, providing them with labour arbitrage opportunities.

Big global consulting firms such as IBM, Accenture and Deloitte have had a long history of deploying skilled technologists and analysts to help enterprises with their most complex technology-led transformation initiatives. These firms have an experiential and informational advantage over clients, and form the basis of their knowledge arbitrage model.

Feeling their hold on corporate IT slipping, and in the face of market share losses to the Indian IT firms, these global technology firms decided to get on the offshoring bandwagon, eventually setting up offshore delivery centres that paralleled the largest Indian multinationals in their scale of operations.

Paradise lost or creative destruction? The quest for relevance

The years between 2000 and 2010 belonged to the arbitrageurs. During this time, the arbitrageurs saw nothing but growth for technology consulting, implementation and systems maintenance work. As the decade started turning the corner talent shortages pushed up wage levels just as the quality of talent started dropping. Clients began looking to different solutions and were helped by the emergence of new technologies such as cloud computing and automation. Today, these technologies threaten to disrupt the $300 billion Indian IT and IT-enabled services industry.

In a hard-hitting article in April 2017, Knowledge@Wharton asked a simple question: "Has the ‘Dream Run' of Indian IT Ended?" At the time of writing, Indian IT firms had posted declining revenue growth rates for four quarters in a row, and major firms were announcing share buybacks to reduce the enormous cash stockpiles and improve returns to shareholders. However, many saw these share buybacks as indicators of declining confidence by the companies themselves in the prospects of the industry (and a preemptive measure against hostile takeover attempts).

My firm Damo Consulting’s Q3 2017 analysis of major technology services firms in healthcare (Wipro, Infosys, TCS, Cognizant, and HCL, whom we refer to as the WITCH companies) indicates that growth rates continue to slow down for most of the firms in our coverage. Businesses that have a high exposure to public sector and the ACA exchange markets, such as Wipro, have been the most challenged (Wipro's QoQ revenues from US Healthcare declined by 5.48 per cent, partly due to a revenue loss of $125 million from its 2016 acquisition of Health Plan Services, a firm that was heavily dependent on the ACA individual exchange markets that have constantly been undermined by the new administration). On the other hand, Cognizant’s healthcare business continues to outperform the peer group as well as overall company growth.

Does this mean that we see a long-term demand slowdown for Indian IT firms from healthcare? My firm’s 2017 annual survey on healthcare IT demand (and the soon-to-be-published 2018 demand survey report) indicates not. What it does mean, though, is that the market has shifted. As I describe in my book, the digital transformation of healthcare is accompanied by a shift in technology choices: Enterprise software is out. Cloud-based solutions are in. Legacy technology is out. Emerging technologies are in. Data warehousing is out. Data lakes are in. You get the pattern.

Faced with declining growth rates for traditional IT services, large firms with cash on hand have also been aggressively pursuing M&A. While the big companies are focusing on M&A deals to build horizontal capabilities in cloud and automation, tier-2 firms seem to be belatedly buying their way into the healthcare markets by acquiring niche firms with healthcare specialisation. Tech Mahindra's acquisition of EHR consulting firm HCI and business process management company WNS's acquisition of care management services provider HealthHelp, both for around $100 million in Q1 2017, are aggressive plays to gain a meaningful footprint in the healthcare space.

Will the M&A spree pay off? India-heritage firms have traditionally struggled to integrate acquired companies based in the West, not least due to culture mismatches, and it will be interesting to watch how these acquisitions play out.

Beyond Arbitrage: The Outlook For Indian IT Firms

In the near-term, margin compression in the healthcare industry, particularly among hospitals, will drive traditional IT outsourcing deals for some time. HCL, with its overweight position in the infrastructure management business, has benefited from large ITO deals in the past couple of years. However, this revenue stream could be at risk as non-traditional players such as Amazon muscle into the infra management business through the blockbuster Amazon Web Services cloud business. Burdened with legacy technology environments, many large healthcare enterprises will need to carry these assets for a long time, and invest in gradually modernising them, both of which are opportunities for Indian IT.

As the industry shifts towards value-based care, healthcare in the US is transforming with a focus on revenue growth and margin expansion through the intelligent use of data, analytics and the adoption of digital health solutions. The breakneck pace of funding for digital health startups, estimated at $ 11.5 billion for 2017, is shifting the focus from custom-software built for on-premise deployment to cloud-based software-as-a-service (SaaS) solutions. This represents a new growth curve for Indian IT service firms who invest in the necessary capabilities; however, success will depend on building in-depth industry domain knowledge and rebranding the company as revenue-enablers and away from cost-reducers. The future is in the cloud, and every Indian IT firm will need to develop and execute its cloud strategy to remain relevant.

In the longer term, the traditional India-based IT firms will see growth by aligning themselves with the ongoing digital transformation of healthcare. They will build and acquire for new revenue streams, technology capabilities, domain knowledge, and innovation. A burgeoning startup ecosystem in India has already made the conceptual leap by building platform-based solutions and taking them directly to market in the US, and large Indian IT firms are investing in many of them. At least one such startup, Praxify, was acquired by Athena Health, a major US-based healthcare tech firm, for $64 million in 2017.

In the hypercompetitive information technology markets, the arbitrageurs have to place strategic bets on industry sectors, such as healthcare and go beyond superficial commitments to building deep domain capabilities in the industry. They will need to develop new competencies in cloud computing services, digital transformation capabilities, IoT, automation and AI technologies. However, additional revenue streams from these emerging technologies are still relatively small, something that doesn’t sit well with impatient and notoriously short-sighted Indian IT firms. In addition to competing in an entirely new paradigm, Indian IT firms have to deal with vast swathes of labour trained in legacy technologies who find themselves redundant or irrelevant, or both. The labour-based growth engine of the 2000s is now an albatross around their necks, slowing them down while nimble start-ups, unburdened by legacy infrastructure and workforce models, are zipping by, fuelled by billions in venture capital.

Ultimately, the one thing that arbitrageurs have in their favour is the massive amount of cash on their balance sheets (though large chunks are being taken off the table through share buybacks), which are being used to build or acquire their way into new markets. My firm’s research shows while Indian IT firms are in a low-growth phase, they are also aggressively investing in capabilities for the future. The ones at the forefront are investing in thought leadership and branding, and are beefing up their demand generation engines through marketing automation technologies. For all these firms, speed is essential. The US healthcare sector is in the throes of a once-in-a-generation transformation – failure to act now may be one of most significant lost opportunities for Indian IT.

Paddy Padmanabhan is the author of The Big Unlock: Harnessing Data and Growing Digital Health Businesses in a Value-Based Care Era ( available on Amazon.In ). He is the CEO of Damo Consulting Inc, a healthcare growth advisory firm, and lives in Chicago.

Advertisement
Paddy Padmanabhan is based in Chicago and writes about technology and culture.
Get Swarajya in your inbox everyday. Subscribe here.
Tags:
13 Shares