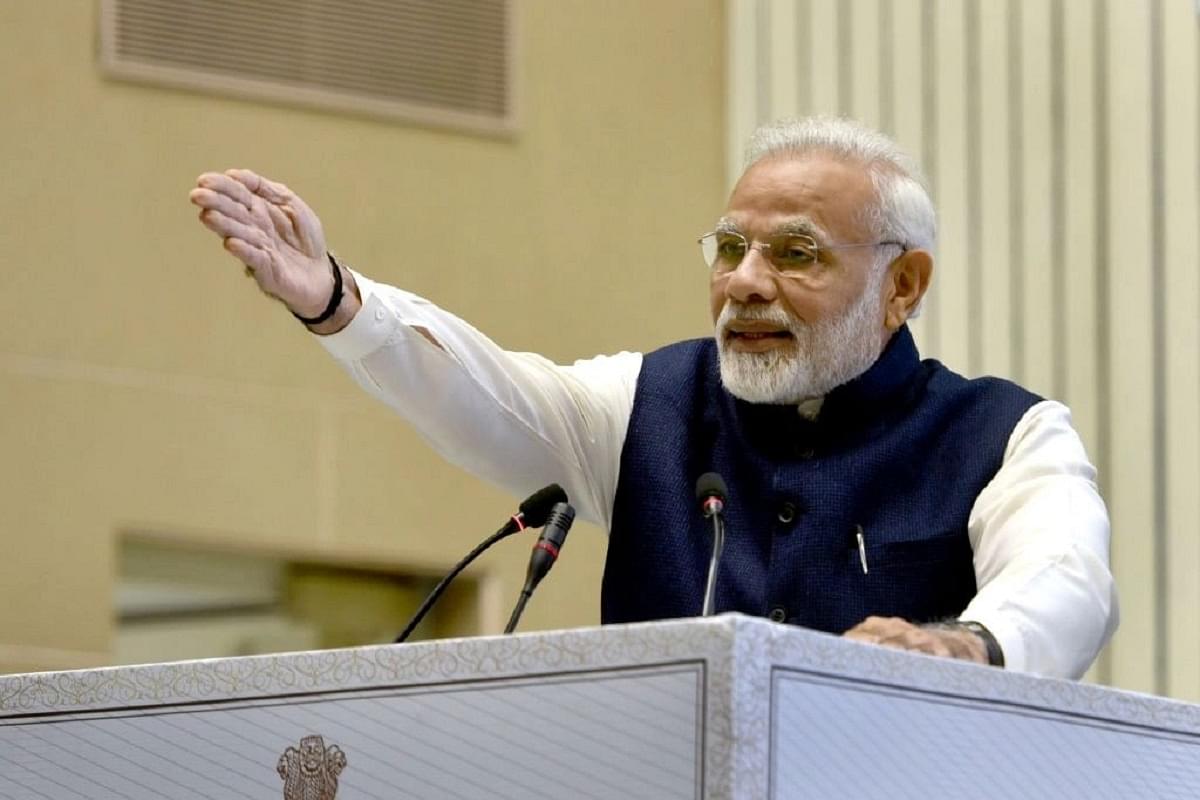 All the world’s civilisations were nursed on the banks of great rivers. It was this water that sustained life for centuries, which blossomed into thriving urban settlements overtime, moving humanity forward in the journey of life. Perhaps the greatest of them all in the Indian mind is the holy Ganga, the river which nurtured the eternal civilisation for thousands of years and continues to sustain it today.

The centrality of water for a huge nation’s sustenance has never been in any doubt but it had received scant attention in post-Independence India. However, Prime Minister Narendra Modi is changing the landscape rapidly. The World Water Day is as good an occasion as any to review where India stands today.

Consider the facts for potable water availability. Less than 17 per cent or 3.2 crore households were receiving safe drinking water from taps in the country till 15 August 2019. This is the progress since Independence.

Modi is cognisant of the hardships that millions of women undergo every day for fetching clean drinking water. In some areas, women have to walk several kilometres and often dedicate their entire day in this endeavour. It was this modern-day cruelty that Modi vowed to eradicate. The country is halfway there in ushering an era where families, especially young mothers and infants, will not suffer avoidable diseases due to lack of safe drinking water connections at home.

Looking back, it won’t be an exaggeration to say that the political and bureaucratic class governing the country never really believed that targeted policies could alleviate the problems of the poor. They have been more than ready to fall back on the excuse that India is too difficult and complex for programmes like Jal Jeevan Mission to be a success.

The invaluable contribution of Prime Minister Modi has been his ability to instil a steely resolve and conviction into the hitherto inert government machinery to achieve the stated goals within stipulated timelines.

Jal Jeevan Mission is just one example of such a transformation.

The same spirit of massive transformation is abundantly visible in the area of irrigation where massive projects are underway, which will change the face of the water-scarce and economically backward regions. Take the example of Ken-Betwa River interlinking project. In the next eight years, the interlinking of these two rivers will provide water supply to 62 lakh people, and irrigate nearly 11 lakh hectare of land and generate a combined 130 MW of hydro and solar power.

The perennially parched Bundelkhand region, which straddles Uttar Pradesh and Madhya Pradesh, will reap immense benefit from the Rs 45,000 crore project. It is expected to replicate the wonders that Sardar Sarovar Dam over river Narmada has achieved for the states of Gujarat, Rajasthan, Maharashtra and Madhya Pradesh.

Further, under the Pradhan Mantri Krishi Sinchai Yojana, innovative methods are being used for targeted delivery. Over Rs 55,000 crore has been spent on various irrigation projects between 2016-21 which includes the scheme for enhancing physical access of water on farm and expanding cultivable area under assured irrigation. For the 2021-26 period, the government has approved an outlay of over Rs 93,000 crore for irrigation projects that will benefit 22 lakh farmers.

Under this irrigation scheme, environmentally crucial component of utilising ground water for irrigation has also been an integral part.

Perhaps the most heartening development, amidst a bevy of successful water-related projects, has been the rejuvenation of Ganga. It has brought back hope in people who didn’t think it was possible to clean our rivers, after years of political and bureaucratic apathy, interspersed with periodic media frenzy over the issue.

However, under Prime Minister Modi, the government has been able to deliver perceptible results. And the approach of creating empowered institutions with principles laid down for rejuvenation of Ganga is now becoming the model for other similar river projects as well.

The sewerage infrastructure and projects to process industrial effluents began to show results in a visibly cleaner river. People can witness the transformation of Varanasi ghats at the same time. The projects launched for river surface cleaning and afforestation are reviving the ecology of the river and enabled the return of Gangetic dolphins in bigger numbers along with other aquatic species.