How Petition Culture Is Undermining Democracy 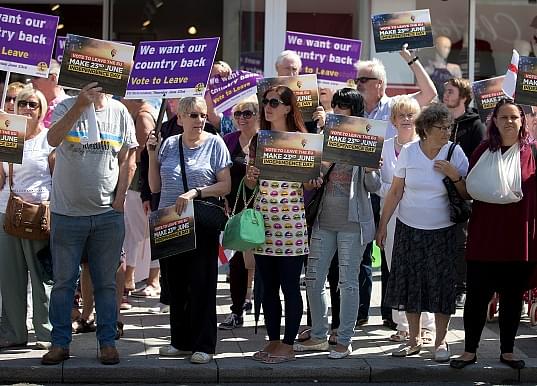 In the BBC radio podcast ‘A Point Of View’, Sir Roger Scruton in a subtle manner pointed out how modern technology has made it easier for people to come together in pressurising the government to fulfill their duties. Scruton opines that this is an inappropriate and damaging trend.

He went on to explain how in ancient Rome people and government officials were made accountable through legislative actions. Roger Scruton stated that since medieval times Europeans have been ruled by one form or the other of representative government.

Although Genevan philosopher, Jean-Jacques Rousseau was against representative democracy and favoured its direct participative counterpart, he did not clearly define it. Scruton opines that now with the relevance of smart phones and the internet, Rousseau’s vision may become real.

Scruton went on to differentiate the role of a delegate and that of a representative. Delegates are more like officials entrusted to relay the opinions of his/her electors. However the role of the representative is defined by this excerpt from Edmund Burke’s ‘Speech to the Electors of Bristol’ which Scruton quotes verbatim:

…it ought to be the happiness and glory of a representative to live in the strictest union, the closest correspondence, and the most unreserved communication with his constituents. Their wishes ought to have great weight with him; their opinion, high respect; their business, unremitted attention. It is his duty to sacrifice his repose, his pleasures, his satisfactions, to theirs; and above all, ever, and in all cases, to prefer their interest to his own. But his unbiassed opinion, his mature judgment, his enlightened conscience, he ought not to sacrifice to you, to any man, or to any set of men living. These he does not derive from your pleasure; no, nor from the law and the constitution. They are a trust from Providence, for the abuse of which he is deeply answerable. Your representative owes you, not his industry only, but his judgment; and he betrays, instead of serving you, if he sacrifices it to your opinion.

Thus Scruton explains that representatives are accountable to their electorate who can punish them by voting them out. Representation unlike delegation is an office defined by responsibilities. To be genuinely responsible and accountable one cannot hide behind majoritarian consensus.

Nowadays sites like change.org ask the general public to experience what Scruton defines as one-click passport to moral virtue. Although the causes these sites espouse are not bad, this system depends only on mass sentiments without any institution to hold the voters responsible as well as accountable. Thus the consequences of the resulting opinions are indirectly transferred to general public even though not all may participate in it.

Scruton praised the amendments to US constitution which he stated were designed to ensure that common good be the main intent of making laws, not temporary enthusiasms of the majority or the interest of determined factions.

Scruton opines that parliament, and not the internet should be the platform for public opinion. The petition culture in politics with its ‘one-click petition’ makes a profound mistake about human nature - human beings are not complete creatures of the moment but are guided by deliberate advice and discussions to influence their choices.

This aspect is obscured by the change.org type referendum culture. In conclusion Scruton questions: how do we ensure responsibility and accountability? Do we create a referendum to end all petitions? Or do we need responsible legislators to tell the public that it is common good and not their opinions that should be the cornerstone for making policies.

You can listen to the full talk here.