How Rapid Tests, And Not RT-PCR, Can Help End The Pandemic 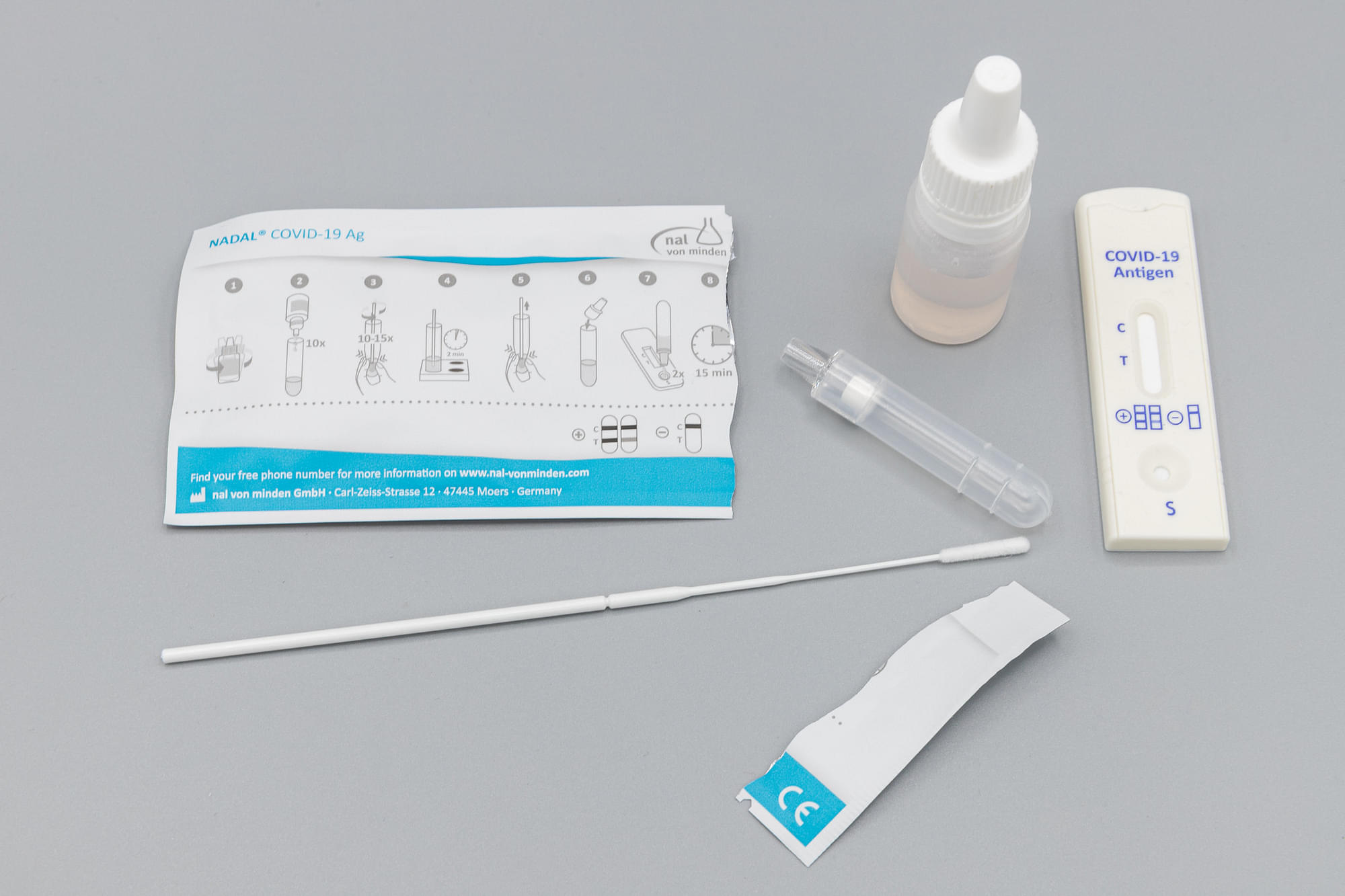 Imagine if we were attacked by ‘Mr India’ type soldiers from across the border. They have magical powers to not be visible to the naked eye. Our scientists thankfully develop the tech, say goggles (yes, just like Mr India), and supply them to our armed forces to detect the enemy and neutralise. But sadly the enemy has penetrated in such large numbers and too deep and wide in the country to be handled by the army alone.

The common sense thing then would be to develop enough googles for general public so that they can mount a response at an individual and community level. Sure, armed forces are professional but given the circumstances, leaving the job only to them will be a serious limitation.

Surprisingly, that’s how we have tied our hands in the fight against SARS-CoV-2 virus, the invisible enemy which is running through our population for the second time and killing so many of them. Covid-19 testing which allows us to ‘see’ the virus is not being paid enough attention and that’s proving to be a big impediment in our fight against the pandemic, especially in this wave.

Positivity rate (positive cases found per 100 tests) has climbed to over 23 per cent nationally. At the peak of the first wave, it was in single digits. While the number of daily positives has increased 3.5 times compared to the first wave peak, 7-day moving average of tests is only marginally up from 11 lakh tests in mid-September to 14 lakh tests yesterday.

Situation is worse in states like Delhi where number of tests remain almost the same as in the November wave but daily positives have more than trebled taking positivity rate from around 13 per cent to over 35 per cent.

What’s worse, the 7-day moving average of daily tests has fallen drastically from almost a lakh to 75,000 odd in the last 10 days when cases have risen sharply. At a time when testing should’ve ramped up by 3-4 times, it’s decreased by 25 per cent.

How does it all adversely impact the fight against Covid-19?

Those down with virus are prone to spread it further in the early course of their infection because that’s the time they are most contagious. This is around the onset of symptoms.

Limited number of tests, mild to moderate symptoms in the early phase and the efforts it takes to go and get tested - all these factors combined create enough resistance to lead to delays which in turn postpones not only the treatment but also allows the infected to pass on the infection to people around him thereby leading to exponential spread especially in high-density urban areas where social distancing is almost impossible.

With everything open and people and government authorities lowering their guard, it’s hardly a surprise that the surge has caught everyone by surprise.

What makes matters worse is that we are still relying too much on the RT-PCR testing as a gold standard to detect an infected person. Turnaround time for this test is already high in normal circumstances (usually a day). When the system is stressed like it is now, people are getting their results in 3-4 days if lucky.

While this test’s reputation as a ‘gold standard’ was in question even during the first wave, it now lies in tatters.

If you are getting your test results after days, they are of little use from the public health perspective and could be really damaging for the individuals too as the disease might progress to a dangerous state which could’ve been prevented with early treatment.

This is where the rapid testing comes into play.

While at the peak of our first wave, most states were already doing more rapid tests than RT-PCR ones, the central government didn’t do enough to evangelise these and relax regulations to make them available over the counter so that people could test themselves at home whenever they are in doubt.

Whenever rapid tests are advocated, people are quick to point out their low sensitivity and state that they give many false negatives (i.e. turn negative when the person is positive) allowing them to spread the infection further.

However, low sensitivity of these tests has been cited by experts as a good thing because a major reason why they turn negative for even infected people is because they have too little viral load and thus less potential to spread it to others.

So, from the public health perspective, it’s not a deal breaker. What matters is they are quick, easy to administer, cost little, don’t require highly trained staff to carry them out and can be taken at frequent intervals.

“These (rapid tests) might not catch every last one of the transmitting people, but they sure will catch the most transmissible people, including the superspreaders and that alone would drive epidemics practically to zero", Dr. Michael Mina, an epidemiologist at the Harvard T.H. Chan School of Public Health had said in August last year.

He has been on a mission to advocate for at-home testing since then. The United States Food and Drug Administration started approving rapid, at-home, testing kits last week.

‘People have said these tests aren’t specific enough and there will be too many false positives. However, in most recent Abbott BinaxNOW rapid test studies, the false positive rate has been ~1/200. Addition of the confirmatory rapid tests to each household’s packet can bring the specificity to >99.9%,‘ he wrote in November last year.

“From a clinical perspective we want a test that is optimal for helping the individual being treated. So we want to be as sure as possible that the result leads us to the right diagnosis and treatment. To achieve this, we might favour sensitivity and specificity above all else – those are the important metrics for treating our patient. We are probably happy to use a battery of expensive and time-consuming tests because we want to do the right thing for the person in front of us. But for a population, the optimal criteria may be quite different, because we are considering the outcome summed across many patients, not just one,” explains James Hay, a postdoc researcher at Harvard Chan School of Public Health.

It’s not a surprise then that infectious disease modelling has shown that Covid-19 testing twice a week and self-isolation on being positive would end the pandemic in no time.

As Dr Mina says, ‘It is frequency and speed to get results, and not absolute sensitivity of the test that should take center stage in a public health screening program to stop outbreaks.’

Not only rapid testing in itself but making them widely available so that those could be taken at home is also equally important, especially during a raging pandemic.

People hesitate to go to testing centres as there is a big chance that they could get the infection from there even if they don’t have it at present. The probability of that is more when cases are at all time high and positivity rate is over 20-30 per cent as we have witnessed in big cities like Delhi, Mumbai, etc.

”If only 50% of the population tested themselves in this way (via rapid tests) every 4 days, we can achieve vaccine-like “herd effects” (which is when onward transmission of the virus across the population cannot sustain itself—like taking fuel from a fire—and the outbreak collapses).

Unlike vaccines, which stop onward transmission through immunity, testing can do this by giving people the tools to know, in real-time, that they are contagious and thus stop themselves from unknowingly spreading to others,” Dr Mina believes.

That means for a population of the size of India, we will need 450-500 crore tests per month. The cost of taking this test in private labs is down to Rs 150 with only a few lakhs available in the market. The scaling that we need will be enough to bring the cost to single digits.

The government will hardly have to spend anything. Even a small roadside vendor can afford to spend Rs 20 on a couple of tests per week.

Workplaces will happily make them available to their employees and could make them take it everyday before entering office and send them back to homes if they turn positive. This is incredibly inexpensive compared to the cost of constant shutdowns.

Early detection will not only make the pandemic collapse, it will help people take treatment early and prevent thousands of deaths. The government has its task cut out for itself. This is a low hanging fruit and should be our topmost priority along with the vaccination drive.