How Technology Enables Better Vigilance And Innovation In Transport 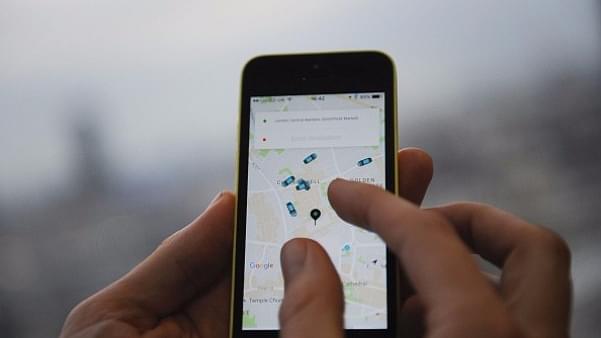 In developing countries, building a robust public transport network is a major challenge faced by the governments, in addition to weak regulatory infrastructure. In the years following liberalisation in India in the 1990s, many thought the country would move towards an era of development with active private participation in spheres like transport and urban infrastructure.

Years later, it was hoped that major changes would take place in the economy and the market would open up through foreign direct investment. One such area was transport, where the government was the only player in the field in the 1990s, though gradually, private players made their way into the sector.

The most striking developments in transport in the twenty-first century are the recent technological advancements and the emergence of Uber and Ola, i.e., technology-based cab aggregators, in the market. It has transformed how we view transport from the standpoint of not only mobility but also safety, efficiency and an overall benefit to the stakeholders involved.

Data retrieved from the National Crime Records Bureau say rape cases have been rising in India since 2012. This highlights the need and importance of safety and security in public transport given that more women are now joining the workforce in the urban areas. It is therefore imperative to have a robust public transport network along with reliable safety and security measures.

The transition to technology in transport was not always a smooth ride in India. In the initial stages of its launch, app-based taxi aggregator services Uber and Ola were embroiled in controversies for not having enough safety measures like driver verification and grievance redressal mechanisms, in place. News of rapes by Uber drivers added to the problem, pushing the company to redesign safety mechanisms altogether.

Since then, some important safeguards have been introduced. First, before anyone enters a cab or before the start of the trip, key details like the driver’s contact number and the car’s registration number are revealed directly on the app. Also, the approximate fare details are shared with the rider so that price bargaining doesn’t create hassles later for both the driver and the passenger.

Second, after the trip has begun, the emergency button in the cab and a direct toll-free number linked to the police station are other important safety features. Even the route that the cabs take is directed by the global positioning system (GPS).

Then, once the trip ends, details of the trip, including the duration, the fare and the route taken, are sent to the rider on their email address.

In addition, the compulsory feedback mechanism after the end of the trip ensures that both the driver and the passenger are made accountable for their behaviour over a period of time.

In a nutshell, with the emergence of technology-based cab services, the rider has benefited greatly as the risk of untoward incidents happening has come down drastically.

Because of the safety mechanisms in place, it is now easy for law enforcement agencies to nab the culprit using technology such as by tracking the car, the driver and the co-rider(s) by way of GPS.

However, when it comes to private cars and other public modes of transport like buses, metro and trains, the use of GPS and telematics technology is still abysmally low. One can hardly see CCTV cameras on suburban trains and buses, barring the metro and some south Indian city bus services. But even in these buses, the footage from the CCTV cameras are not seen as reliable.

Thus, app-based cabs will continue to be an important part of the urban transport system as they stress on safety, security and last-mile connectivity.

For now, though, the use of technology has been limited to cabs. Extending it to all modes of public transport across the country has been slow because the cost of maintenance is too high and the necessary infrastructure within the state machinery is absent. This needs to change.

Until and unless there is a policy measure mandated by the government for compulsory deployment of technology-based safety measures in all public transport, the private players, including private individuals, would be sceptical of using it. It is high time, therefore, that the government realises the gravity of the problem and puts in place regulatory mechanisms for safety in public transport.

This article is part of our special series on urban mobility.

Songja is a staff writer at Swarajya