How To Bulk Order Vaccines (And How Not To) 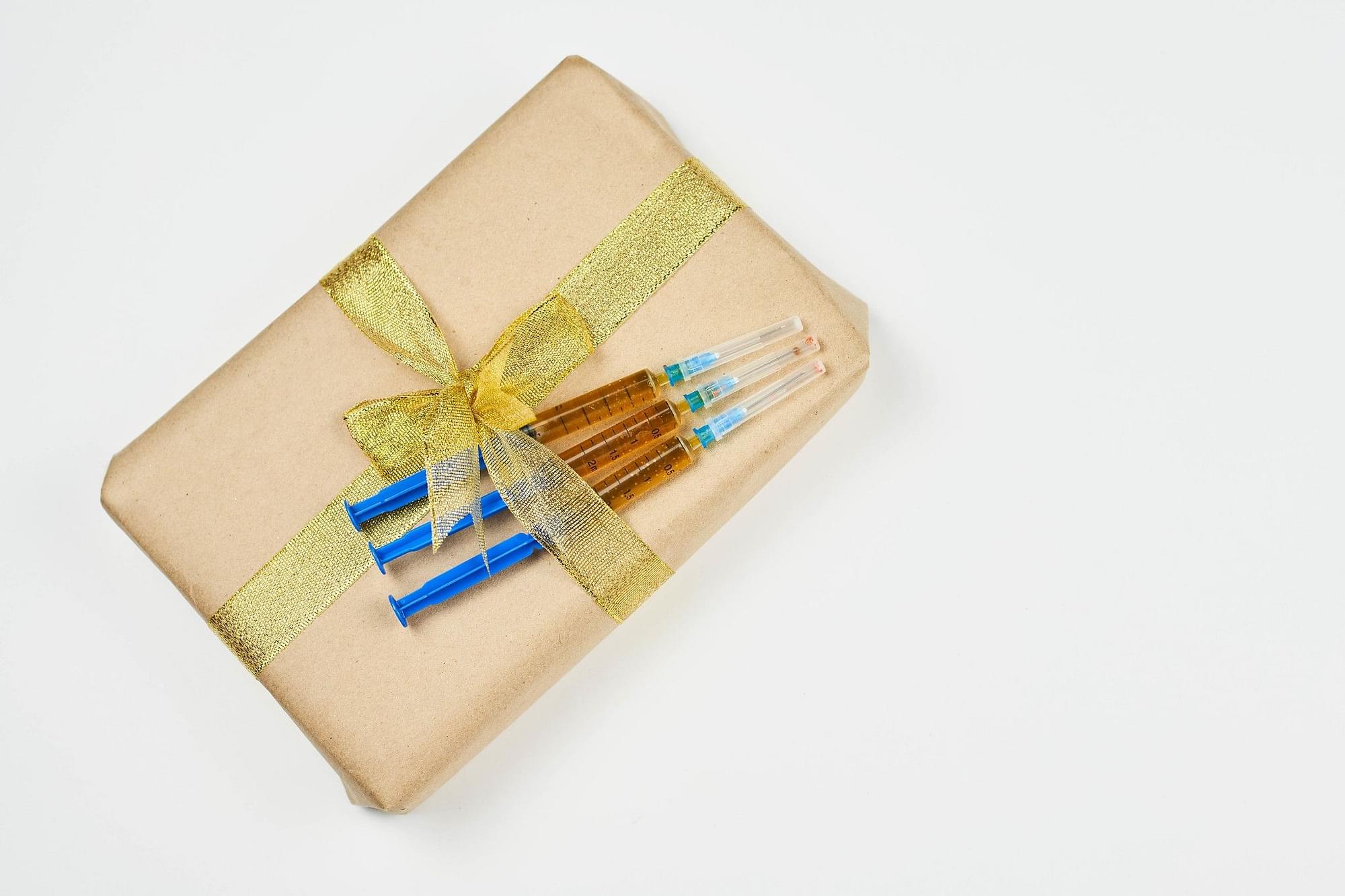 Recent public discussions have focused on India's vaccine acquisition plans, and have predictably turned around to perceived lack of orders.

This is a turn from previously criticising the government for ordering too early, e.g. BBC in January: 'What was the rush to approve India's homegrown vaccine'?

So what should governments actually do ?

The latest avatar of received popular wisdom asserts that the failure lies in not having placed orders in the billions of doses a year ago - something that would have ensured supply.

Let us once again look at the matter in an evidence-based manner.

Due to the lack of any meaningful data from China, we will focus on India, US, UK, EU and a few major developed nations.

The following figures list vaccine orders by date of order and fulfilment date for various regions. Let’s review the data by region:

All J&J US production has been discarded, and the Biden administration has essentially written it off.

US plans currently focus on Pfizer/BioNTech and Moderna.

The latter is supporting US supplies by delaying UK/EU commitments.

US deliveries (including imports from EU): approximately 330 million doses

The EU has made extremely large orders to homegrown entities like Curevac and Sanofi. It also benefits from having production facilities of both Pfizer (Puurs, Belgium) and Janssen/J&J (Netherlands).

Moderna is contract-made by Lonza in Switzerland, and filled in Italy and Spain.

By all measures the EU should have easily managed to vaccinate everyone now. However, they are quite far behind. Most of their orders have come from Pfizer/BioNTech, Janssen/J&J and AstraZeneca. They’re involved in a large lawsuit with the latter. Their current scorecard reads:

The UK has a current order volume of almost 520 million orders, for a population of less than 70m. Despite its enormous portfolio it primarily depends on Astra-Zeneca and Pfizer.

Due to its far smaller population and local AZ production (with some imports from Serum Institute of India) it has vaccinated a significant part of the population. Its scorecard reads:

Other developed and notable countries:

The numbers are fairly pathetic here, except for some progress by Brazil. Australia has vaccinated 3 million, less than what India often does in a day.

Russia has faced trouble scaling up Sputnik production and hopes Dr.Reddy’s Labs can help scale it up.

Canada has an extremely large ‘portfolio’ but has yet to fully vaccinate 30 million people.

Japan has vaccinated barely 2 per cent of its population and is desperately trying to increase numbers before the Olympics in two months.

Finally let us look at India to date:

The Indian order flow is markedly different from anyone else. The government places order in line with expected capacity increments.

Where sought, it made multiple bulk orders, enabling Serum Institute of India and Bharat Biotech to scale up to a current estimated rate of 70m and 30m doses per month respectively, or a monthly production of 100 million doses.

Further, Indian order flow has a very low lag between order and delivery.

One must consider if this is not a better approach - the EU approach has shown that merely throwing enormous orders at companies does not work.

Being actively engaged in working with companies to help scale up production is arguably much more effective.

Some Western countries went to nearly absurd lengths, and treated vaccine orders and options as some kind of investment portfolio play, or a modern day version of the ‘scramble for Africa’.

The UK for example arranged for options totalling 517m doses, or two doses for the entire population four times over.

As the gov.uk report shows, this consists of commitments across several candidates that did not pan out.

180 million options were equally divided between Novavax, Valneva and GSK/Sanofi, for a combined total of zero deliveries to date. Canada, Australia and the EU all have order total running into several multiples of their population.

These are claimed to be signs of effective risk management, but to what end?

The original argument was that all producers would have trouble scaling, therefore it made sense to order from everyone and guarantee streams of supply. Reality has been quite different. Pfizer/BioNTech and Moderna dominate the Western world. Astra Zeneca dominates UK and India.

Large orders here are not a sign of proactive involvement. They indicate poor communication of risk by both parties. Governments have no idea what to expect, so they make the largest possible order with least upfront payment. Then repeat that in multiple places.

Have they resulted in commensurate production volume gains?

The data shows that it has not.

Vaccine producers fail or struggle to ramp production. Each tranche of 100m doses in the US and EU takes six-nine months to deliver, at minimum.

These are two places where Pfizer/Moderna plants are physically located, giving them the ability to truck vaccines instead of having to use air freight, something that adds costs and keeps volumes low because each flight is constrained to carry as little as four-six lakh doses of something like the Pfizer vaccine, due to restrictions on weight of dry ice transportable by air.

Let’s look at the difference between order portfolios and production:

Europe dominates in order volume, but has very little supporting manufacturing capability in comparison. Manufacturers are trying to scale up, but what has been achieved by making such large orders?

Many of them date back to 6-12 months, and yet, current US or EU/UK vaccine output is on par with or less than India’s production volume.

Why is this ? If making humongous orders made a difference, where did it do so?

The reality is that large orders by themselves cannot make vaccine production rate improve. The data bears this out.

India, with its limited investments in terms of orders, matches both the combined EU and US combined in cumulative vaccine production.

Production after all, is all that matters here. Four billion doses in orders means little if less than five per cent of that is currently fulfilled:

Public health policy benefits from having a clear idea of how much can be delivered and in how much time. An order volume of four billion doses with essentially no clarity on timelines is pointless. An order volume of under 400 million with cumulative production (including exports) of over 300 million is a sane process.

Yes, we should produce more vaccines. But throwing more orders at the problem is clearly not the way this gets solved, anywhere.

Unblocking and scaling up production takes planning and coordination. This explanation by a person involved in Astra Zeneca production shows what it takes to scale up production.

Yield management requires production scaling to be an iterative process where problems in scaling up volume and quality all need to be managed.

Simply multiplying all equipment by N does not increase production by that much. As the person says: “No one can guarantee a yield in such a new process, only a projection on what might be achieved.”

Let us take the case of Bharat Biotech. Early this year, they had a mere five million doses/month capability.

Thanks to the early orders, they’re now at 20 million/month in April 2021, and expect to hit 30 million this month, according to Dr Ella himself.

In April, Haffkine Pharmaceuticals was added. Negotiations are in progress to have Panacea Biotec - who have a BSL-3 facility - contract manufacture Covaxin.

Since Covaxin is an inactivated vaccine, all facilities must be biosafety level 3 (BSL-3) grade. These required investments of almost Rs.70 crore in each of these, in addition to another Rs.65 crore investment in Bharat Biotech itself to enable them to complete their Bangalore facility. The results of these are now coming to fruition progressively:

-Centre to augment manufacturing capacity of Covaxin under Mission Suraksha

At least half the volume quoted here is currently known scaling. 550m Covaxin doses corresponds to 110m doses per month, which is the sum of production from Bharat Biotech, IIL and BIBCOL - it does not count the new Biotec Pune facility that was granted by Mumbai High Court.

Real world experience so far has shown that the ability of wealthy nations to throw enormous sums of money at preliminary vaccine candidates has not necessarily panned out in terms of supply.

However, by enabling production much closer to the point of readiness, India has maintained its position as one of the largest sources of vaccine production, with a realistic path to dramatically increase production through the rest of the year.

The challenge now is to continue to execute and make the production rate happen.