In A World Going Hybrid, Allopathy Versus Ayurveda Is Meaningless. We Need Both 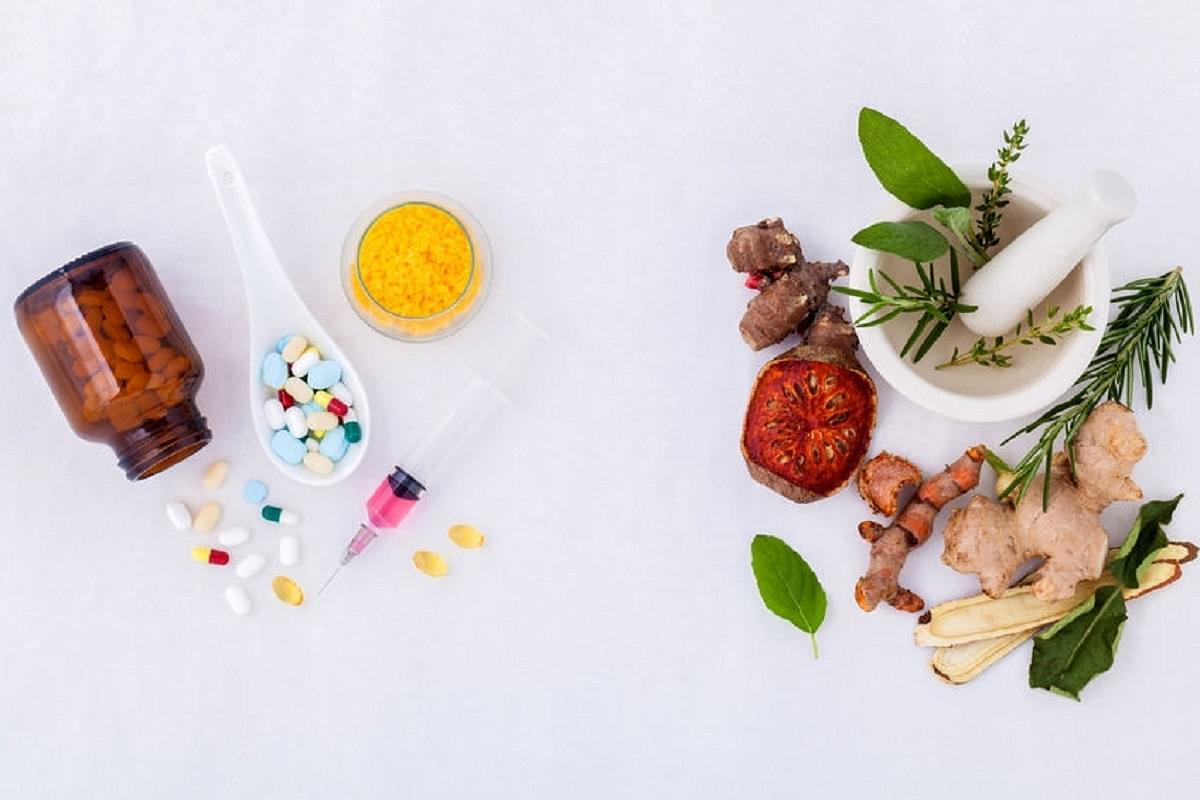 Allopathy versus Ayurveda is a futile battle.

The world is entering hybrid realities. The Covid-19 pandemic forces us to rethink the idea that work can only be done out of offices. We now know that you can do both, and neither will replace the other. The rise of online retailers like Amazon and Flipkart, and app-based services like Ola and Uber made us prematurely decide that offline business is history.

The truth is people use multiple channels, both offline and online, and marketing professionals now talk about omnichannel strategies, not just offline or online. The same will be the case with medicine, where practitioners and patients will combine online and offline channels for medical advice and diagnosis. In education, students will need both online and offline coaching.

It is thus surprising that we still debate the relative value of allopathy and Ayurveda, preventive medicine and prescriptive, and the illness and wellness approaches to good health.

It is time to abandon either/or norm, which is a relic of the past, and largely an Abrahamic way of thinking. It is wrong to pit one idea against another endlessly, when both may have some value, and even better value when combined.

Last year, we saw an unseemly public fracas between the Indian Medical Association (IMA) and Yoga guru Baba Ramdev, which does not do credit to either. As someone steeped in the yogic tradition, which teaches self-restraint, Baba Ramdev vented his spleen on allopathic medicine that was totally uncalled for. But even after he reportedly apologised, the IMA has threatened him with a Rs 1,000 crore lawsuit that surely won’t get us anywhere. This is nothing but an attempt to browbeat someone who disagrees with what allopathy stands for. In a free country, this dissent ought to be allowed.

Worse, this has turned into an allopathy versus Ayurveda battle, into modern medicine versus alleged “pseudo-science”, with gaumutra jibes being thrown when required. The bitterness of the quarrel seems to suggest that both the votaries of allopathy and Ayurveda are speaking not from a position of confidence, but diffidence. If you are so sure that only your medicine works, you would not need to rubbish other systems of medicine, whether it is dubbed as modern science or based on centuries-old medical heritage.

Commonsense suggests that it is not an either-or situation, where one has to choose between the two systems of medicine. A world where both allopathy and Ayurveda work side by side would be a better one where one gains at the cost of the other for reasons other than scientific.

At the outset, let us admit that the biggest leaps in knowledge in the modern era relate to allopathic cures and surgical procedures. This implies that for most critical illnesses, cures and remedies may not be found in Ayurveda, which is yet to demonstrate capabilities in areas dominated by specialists.

On the other hand, there is little doubt that Ayurveda is time-tested, and in India there is huge belief in its beneficial impact on health, especially in the area of wellness rather than sickness. It may also be useful to deal with chronic illnesses, by reducing side-effects. There is little doubt that the downside risks of Ayurveda are lower than in allopathy, even though the former has not yet fully tested its medicines through foolproof experiments and clinical trials in many cases.

Ayurveda’s advantage, once it demonstrates clinical efficacies through such trials, will be that it will be better accepted in our geography. It is geographically-indicated medicine over which Indians can have patent rights, just as Champagne has in the generic category called sparkling wine. So, it is right for allopaths to call for better testing of Ayurvedic products, so that they too can prescribe them instead of chemically-created vitamins and proteins and immunity-boosters.

The genesis of the current conflict can probably be traced back to the Narendra Modi government’s efforts to allow Ayurvedic doctors to prescribe allopathic medicines after a bridge course. More recently, the IMA has been incensed by a Central Council of Indian Medicine notification what authorises post-graduates in specific Ayurveda streams to perform some simple surgical procedures. The IMA rails against “mixopathy”, but this is like schools of social sciences saying that the IITs should not teach the humanities or vice versa, or that someone majoring in maths cannot learn psychology or history as a second specialisation.

While one should be wary about allowing doctors not schooled in the allopathic way to practice a mixed form of health consulting with everyday patients or indulge in surgeries that need even more careful screening about competence, we have to weigh this caution against the pressing needs of India’s healthcare system that is woefully short of healthcare workers of almost every kind. The reality is that allopathic doctors, who earn their MBBS and MS degrees after paying an arm-and-a-leg for the right to practise medicine and surgery, often refuse to serve in the hinterland where they are most needed.

In many of the rural primary health centres, an Ayurvedic doctor may be better than no doctor at all. In any event, such an Ayurvedic doctor, with some knowledge of allopathic cures for common diseases, cannot be a great danger where lack of doctors has forced millions of patients to self-medicate regularly, where antibiotic resistance is now the norm.

The core issue thus is about each stream trying to protect turf and economic interests. Allopathic doctors, who have invested a lot of their personal wealth to earn their right to practise modern medicine, are loath to see rivals emerging from nowhere to challenge their monopolies. As for Ayurvedic doctors, and even Ayurveda herbal product manufacturers, which include Baba Ramdev’s Patanjali Group, are worried that their USPs can be gobbled up by powerful global manufacturers with tonnes of capital.

One should point out that Ayurveda already has huge commercial potential and acceptance in the over-the-counter (OTC) drugs and FMCG market, with even international brands using the Ayurveda label. Apart from the homegrown Chyawanprashes, Shilajits and Ashwagandhas, many cough and cold remedies like Vicks VapoRub and toothpastes today claim benefits from an Ayurvedic association. Colgate now has a VedShakti battling Patanjali’s own herbal toothpaste for market share. In the real world marketplace, the consumer does not treat the modern as separate from the traditional. But those who profit from her do want the market to be binary – us versus the imposters.

Another point we need to keep in mind is that allopathy has huge competition from within; many of its doubters are allopaths themselves. So, while it is easy to criticise Baba Ramdev for creating vaccine hesitancy in the midst of a pandemic, a sobering thought is that only 37 per cent of healthcare and frontline workers had taken the jab by mid-April last year. One wonders how many of them work for allopathic services. Even in America, where there is no Ayurvedic enemy to target, many healthcare workers have refused the jab.

In the long run, the real threat to doctors and allopathic practitioners will come not from Ayurveda or its practitioners, but technology. Modern medicine is already splitting into doctors with super-specialisations, where allopathy will always reign supreme, and algorithms, which will aid doctors to diagnose and prescribe, with databases allowing them to specialise and pinpoint cures.

In this scenario, where 80 per cent of common illnesses can be diagnosed with a questionnaire, fed into a large database, and additionally informed by diagnostic tests (including genetic suitability of a medicine), the actual level of knowledge separating an allopathic physician from an Ayurvedic one will be a thin one. At the time, Dr Algo will make both Dr Allo and Dr Ayur mere appendages of medical apps, just as an Uber driver is with his ride-hailing app.

It is time both the proponents of allopathy and Ayurveda dropped their mutual suspicions and worked in harmony. We need both, in various dosages, for a healthy nation.