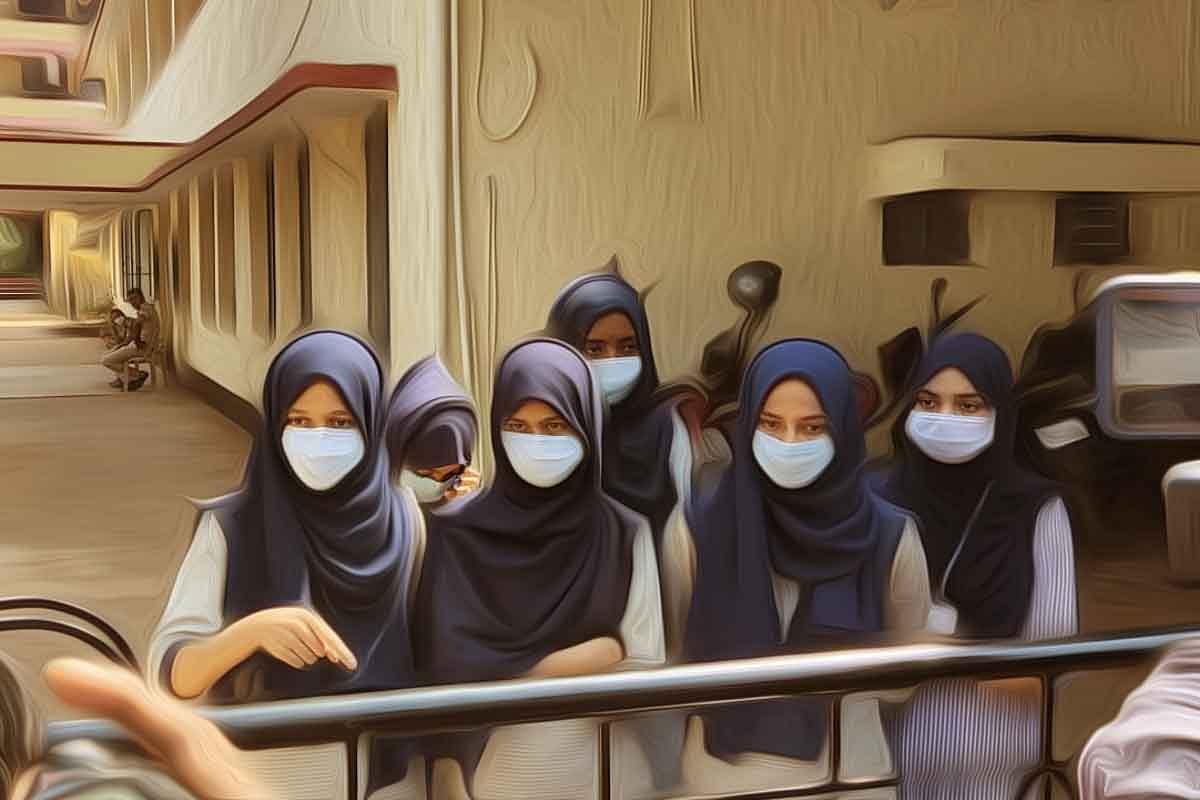 It is difficult to see how the hijab issue, now at the centre of a storm in some Udupi colleges in Karnataka, will end in anything other than complete or partial victory for the Islamists backing these protests. Some colleges have denied entry to students wearing the hijab since it does not conform to their uniform code.

The fact that some Hindu groups have taken to wearing saffron shawls to bring this issue to a sharper focus does not make any difference to the final outcome. As Nassim Nicholas Taleb noted in his book, Skin In The Game, the most intolerant wins. This could happen even if the courts rule in favour of a college's uniform code.

This is the likely outcome for three reasons.

No prizes for guessing who wins here. George Bernard Shaw famously said: “The reasonable man adapts himself to the world: the unreasonable one persists in trying to adapt the world to himself. Therefore, all progress depends on the unreasonable man.” One can only quibble with the word “progress”. The correct word should be “change”, for wearing the hijab is hardly “progress”.

Second, state authorities have a tendency to address the concerns of the voluble, not the one who speaks with circumspection and humility. A mother with two kids, one who will throw repeated tantrums and another who is willing to wait to be attended to, will more often than not address the tantrum-thrower first. The mild-mannered one will always get second preference, even if he is loved more. In any confrontation between intransigent religions and flexible Hinduism, guess who will be asked to take the fall or make the sacrifice “in the larger interest”?

Three, some problems are fundamental to Hinduism itself. Hinduism is not a religion by Abrahamic definitions, for it has no historical founder or a specific holy book or a set of fundamentals that everyone must agree to. It has been called a “way of life”, but a way of life has no protection under the Constitution. As a tradition that grew from the soil of India, and with many different versions of Hinduism existing simultaneously, almost nothing is “essential” practice for a Hindu. Whereas, the hijab can be shown as sanctioned by the Quran or Hadith. Saffron shawls will be seen as a needless insertion into Hinduism even by traditional Hindus.

Hinduism has the difficult dilemma of either essentialising itself into a set of fundamentals and lose its flexible nature, or remain true to itself and allow the Abrahamics to tear it apart using the fault-lines within.

It is not an easy choice, but nevertheless a choice Hindus will have to make some time or the other. Not making a choice means allowing Hinduism to eviscerate bit by bit. Dharma calls on Hindus to make difficult choices, and this is one of them. When the choice is between slow destruction and survival using Abrahamic methods, which is worse?