In The Pink Of Health: India’s Generic Drug Exporters On A Growth Curve 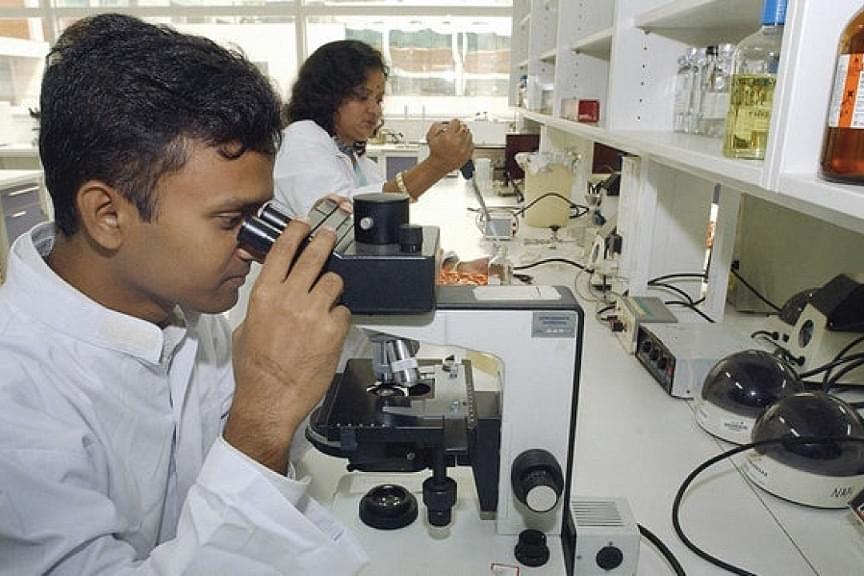 The fortunes of large Indian generic pharma export companies have visibly changed recently, and the once ‘bitter’ pill has turned sweet again. And the key factors that have contributed to this trend have been a spate of regulatory approvals from the US Food and Drug Administration (FDA) and European authorities for production facilities and different medications of generic exporters like Sun Pharma, Lupin and Dr Reddy’s Laboratories (DRL). In addition, there has been a moderation in pricing pressures for generics in the key US market, coupled with the recent near 13 per cent drop in the rupee over the past seven months.

For Indian generic exporting companies, overseas sales typically account for 55-60 per cent of their annual turnover, while sales to the US market nearly account for 25-30 per cent of total sales. Recent industry data has highlighted that US generic prices over the last couple of months have weakened about 8-9 per cent y-o-y, which is much less than double digit fall in prices across various medicine categories over the past two to three years.

Leading Indian generics players in their post-result June 2018 quarter conference call have also highlighted that they don't expect price erosion in US generic market this year to be as bad as last year. US President Trump has also recently called for lower healthcare costs for American families and generic medicines are increasingly being viewed as key to achieving that goal.

The above factors should help generic exporters to grow their turnover and profits over the next few quarters. In the domestic market too, Prime Minister Narendra Modi recently launched the world’s largest state funded health insurance, Pradhan Mantri Jan Arogya Yojana, which aims to provide free secondary and tertiary care for nearly 500 million citizens.

And over the next few years, analysts highlight that it create business opportunities worth a few thousand crore annually for players like Sun Pharma, Lupin and Dr Reddy’s Laboratories. A pharma analyst at a leading domestic brokerage house highlighted that generic exporters had gone through a “rough” patch, and there appears to be a change in the operating environment for these players.

Meanwhile, the largest Indian generics exporter, Sun Pharma had got USFDA approval for its key Halol facilities, Gujarat in early June 2018. The above development would help to reverse the nearly 18-month import restrictions imposed by the Americans from the Halol facility owing to quality control issues and its impact on the company’s financial performance. For instance, in the year ended March 18, the company’s consolidated revenue from operations declined nearly 16 per cent y-o-y to Rs 26,489.4 crore, while sales in the key USA market declined to $1.35 billion during this period, a fall of 34 per cent. Sales in the American market were also impacted by pricing pressures for generics. The company’s consolidated net profit also declined nearly 67 per cent y-o-y for year ended March 2018.

However, the company is now on the growth path, and Sun Pharma had recently announced that the European Commission (EC) had given its approval to Almirall for ILUMETRI (tildrakizumab) for the treatment of adults with moderate-to-severe chronic plaque psoriasis who are candidates for systemic therapy. Sun Pharma had earlier out-licensed tildrakizumab to Almirall, for the development and commercialisation of the product for psoriasis in Europe. It does not end there. Sun Pharma and its group company Sun Pharma Advanced Research Company had recently also announced USFDA approval for the new drug application (NDA) of Xelpros, which would help in the reduction of elevated intraocular pressure in patients with open-angle glaucoma or ocular hypertension. This approval was from Halol facilities.

Sun Pharma’s Halol plant had recently received four observations, although not viewed as serious in nature, just a couple of months after it received the USFDA approval, and the company is understood to be working to address the above observations.

In the case of other leading generic exporters, Aurobindo Pharma, it had recently announced the acquisition in the US of the dermatology and oral solid businesses from Sandoz, a division of Swiss-headquartered Novartis. The above acquisition announced was for $900 million (nearly Rs 6,000 crore) and the overseas entity had sales of $1.2 billion for the calendar year 2017, and it is expected to catapult Aurobindo Pharma to one of the largest generics players in the US market.

Meanwhile, DRL had recently announced the launch of Neostigmine Methylsulfate Injection, a therapeutic equivalent generic version of Bloxiverz (Neostigmine Methylsulfate) injection approved by the USFDA. This medication broadly refers to treat myasthenia gravis, Ogilvie syndrome, and urinary retention without the presence of a blockage, and had sales of $111 million (nearly Rs 760 crore) in the US for 12-months ended July 2018. In addition, DRL had recently launched Hydroxychloroquine Sulfate tablets, a therapeutic equivalent generic version of Plaquenil tablets in the US market. This product is used to treat malaria and sales for this medication in the 12-month ended May 2018 amounted to $215 million (nearly Rs 1,500 crore).

Earlier, DRL had reported a consolidated net profit of Rs 456.1 crore for the June 2018 quarter, a rise of nearly 672 per cent y-o-y. The company has also highlighted that its API Hyderabad plant-1 had recently got four observations with regard to a USFDA audit, and it is understood to be working to address the above.

Lupin, too, had recently received approval for its Atovaquone Oral Suspension USP, which prevents and provides acute oral treatment of mild-to moderate Pneumocystis carinii pneumonia (PCP) in patients intolerant to trimethoprim-sulfamethoxazole. Annual sale of this medication in the US are $117 million (nearly Rs 800 crore). A recent USFDA inspection found one observation at Lupin’s Tarapur facility, and it is not being viewed as serious in nature.

Clearly, the improving fortunes of Indian generic exporters have not gone unnoticed.