India: Why Muslims Are Being Disproportionally Hit By Covid-19 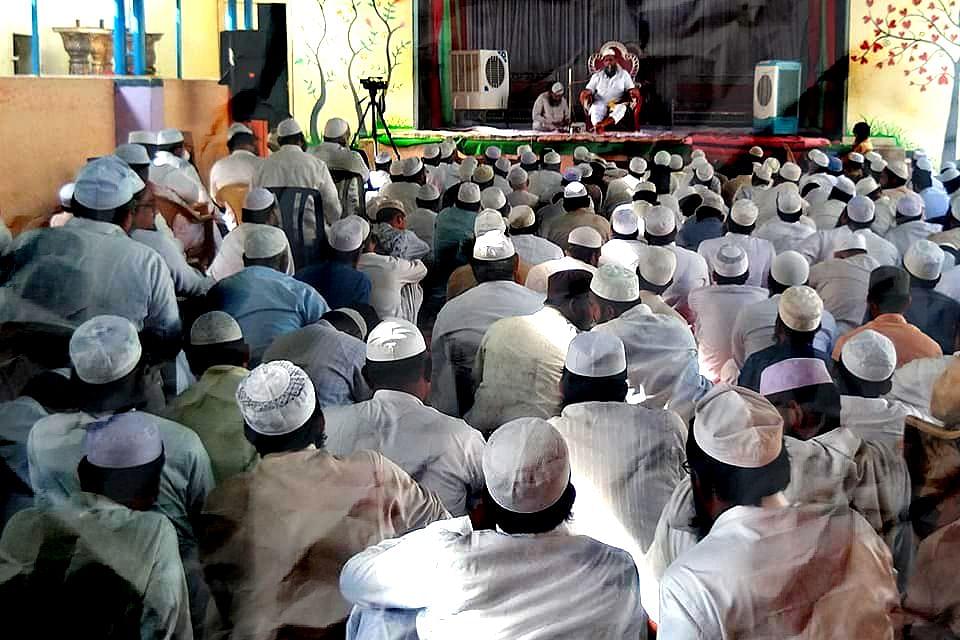 The novel coronavirus knows no caste or religion but it is imperative to analyse patient data to devise immediate containment plans and public health risk mitigation strategies.

For instance in the US, while the virus is affecting everyone, in one way or another, it is afflicting primarily those people of colour who live in the most densely populated cores of metropolitan centers.

Research in UK suggests that more than a third of patients who are critically ill in hospital with the virus are 'ethnic minorities’.

While India has wisely refrained from making community-wise composition of Covid-19 patients public, it is important to understand underlying factors behind why some communities are more vulnerable. This will ensure that the government in the short-run can design containment strategies and in the long run works towards reducing health inequalities.

The number of Covid-19 cases in India crossed 10,000 mark yesterday (13 April), a day before the national lockdown which began on 22 March was supposed to end. On 22 March, India had 400 odd cases.

First, the middle-east/west Asia vector. When India had around 700 cases, most of them imports from foreign nations, more than 140 Covid-19 patients had travelled to the country from the Middle-east, more than 100 of them from Dubai alone. This translated to about 20 per cent of all cases in the country on 27 March just before the Nizamuddin Markaz cluster in New Delhi came to light.

Second, the Tablighi Jamaat was the second cluster which burst forth and it was a much bigger shock than the Middle-east vector.

Out of 2,300 Jamaat members who were evacuated out of Delhi Markaz, at least 1071 so far have tested positive.

More than 1,000 people who had left Markaz and were in Tamil Nadu have also tested positive.

Majority of cases in Andhra Pradesh and Telangana also belong to the Markaz cluster. As per an analysis, over 60 per cent of cases in the country reported since 1 April can be traced back to the Tablighi Jamaat members and their immediate contacts.

Third, the Muslim-majority localities or ghettoes feature prominently as Covid-19 hotspots whether it is New Delhi, Jaipur and Bhilwaara in Rajasthan, Indore in Madhya Pradesh, Mumbai, Sangli, Pune, Nagpur in Maharashtra, etc,.

The chief reason why the disease took root in these areas could be substantially attributable to Tablighi Jamaat members who were at Nizamuddin Markaz and went back to their homes and infected others in their communities. The spread thereafter in the ghettoes is due to various reasons: not following social distancing, irresponsible behaviour, economic conditions, poor hygienic dwellings, etc.

Nonetheless, due to all these factors, Muslims now constitute a significant majority of total Covid-19 cases in India. Though they constitute around 15 per cent of country’s population, their share in total cases could be as high as 70 per cent (given that Jamaat members alone form more than 60 per cent of the cases). (These are mere estimates sourced from publicly available data so some margin of error is assumed)

While one awaits for exact demographic data from the government, what is clear is that Muslims are being disproportionately hit by Covid-19.

Additionally, there are three reasons why the fatality rate could be even higher among Muslims.

First, Muslims in hotspot areas are not extending cooperation to the government. It is likely that many could be severely affected and dying without even knowing that they are suffering from Covid-19.

An investigation by Dainik Bhaskar, a Hindi daily, of a Muslim locality in Indore which has reported many Covid-19 cases, shows unusual rise in deaths compared to last month. This could be happening in other hotspots too.

Second, not reporting early and delaying treatment has their own consequences. For instance, those who get proper medicines during treatment at hospitals have reported mild nature of the disease while many patients who got cured at home, even if the disease was mild, report that they had to go through excruciating pain.

The reason could be that due to lack of any treatment, the virus reaches in the lower respiratory tract causing much damage. It is possible that many cases which were supposed to be mild prove to be fatal thanks to the proclivity among a section of Muslim community not to report symptoms to authorities from factors ranging from fear of quarantine to imaginary notions of being unfairly targeted by the state.

The anti-CAA protests seem to have further exacerbated the victimhood mindset among a section of the Muslim community.

Third, the average size of Muslim families is much higher than other communities. So, a person who is infected in the family, on average, is likely to infect more number of people. The rate of transmission, even in lockdown, for Muslim community is logically going to be higher than the others.

Fourth, the Muslim community is comparatively poorer. Most of the Muslim localities reporting high number of Covid-19 cases are slums or ghettos. Social distancing is almost impossible there.

There are more children in the family. The old are highly vulnerable due to less space. The women’s immunity is weaker due to giving so many births. Like in few overpopulated urban clusters, the living conditions are unhygienic. All these problems combined with their confrontational attitude towards government is likely to risk in higher death figures.

One hopes that the government, health authorities, influential community leaders and civil society address on a war-footing the fears (real and imagined) of Muslim community and works towards effecting behavioural changes. This is critical for ensuring the health and safety of not only the Muslim community but for the entire nation.

India could’ve restarted economy from tomorrow (15 April) had it not been for the Markaz cluster and community spread of Covid-19 in Muslim localities. This is not Islamophobia. These are facts.

And if the country has to get back to work, the spread has to be contained in the clusters and it won’t be possible if the affected people themselves don’t cooperate. May better sense prevail.