India’s Education Is At A Crossroads: Time For Some Hard Decisions 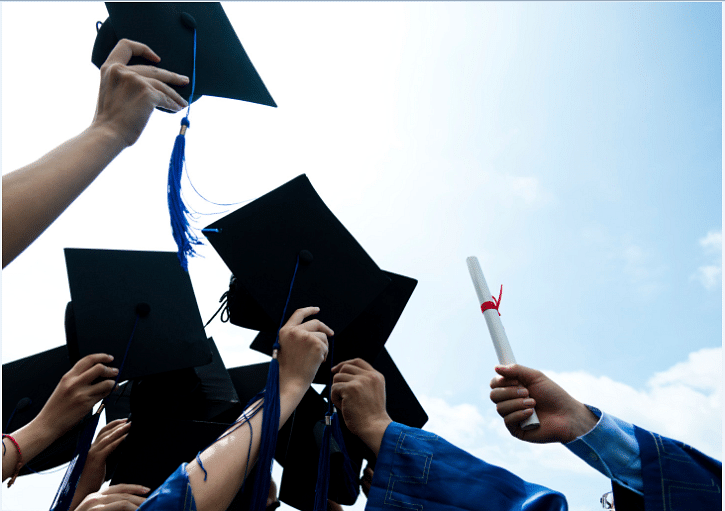 Producing graduates who are more aware

Modern India urgently needs to create educational opportunities for its people at all levels. Education is like defence, national security, finance and health, with the responsibility to disseminate it, shared by the centre and the states.

Any modern country needs one decent university for per million population. By this token, India needs 1,200 good universities. We have around 400 universities that exist perfunctorily, with many of them languishing, practically lifeless. The large majority of them are state universities.

The solution to this huge imbalance between demand and supply with regard to employment cannot be solved by opening new universities in remote places, or by handing over the whole education enterprise to the private sector, but rather by a total cleansing, of what I would term, the salvageable state universities.

Our education policies, at both the central and state levels have failed. At the central level, our efforts have probably been well meaning, but insufficient. At the state level, they have been unsatisfactory.

That education leads to employment has been largely achieved in the IITs and in reputed engineering colleges. It is another issue that the highly paid jobs that engineering graduates get after their studies are not related to their core skills.

A country advances because of education but its needs to be holistic and inclusive so that educated people are also alert and aware. This may not be true of many one-dimensional engineers today, who merely view their studies as a route to a job. This formula also does not work at the lower levels and there are indeed many (private) engineering colleges today where the seats are going a begging. We have reached the end of the line. The numbers do not add up. The 20 or so IITs today can generate at best 1,000 highly paid jobs every year.

Research jobs for students from central institutions are restricted to those who put in a further few years in post-doctoral research. The possibility of permanent employment abroad has receded even for PhDs from our top institutions. When these students look towards employment within India, they aspire for faculty positions in central institutions. However, this has become difficult because of the small number of openings, slowness of the procedure and caste based reservation policies. Due to this glut of PhDs, many take up employment in industry or in state universities and colleges. But, once again, the actual numbers of people who are able to secure gainful employment through these routes is disappointingly small.

This scenario does not consider students who wish to stop their studies at the BA/BSc or MA/MSc stage. It certainly does not take into account the large numbers of students who study humanities, social sciences or law. All these students too need secure employment.

The huge student/employee imbalance can only be redressed through state universities. There should be satisfying jobs at each level of education. A well trained BA/BSc graduate does not expect the salary and perquisites that a PhD can command. But he/she expects a job, where dignity is not compromised. Such opportunities are missing today. In turn, the undergraduate teaching programmes have become degraded, completing the vicious cycle. With regard to PhD students, there is no alternative to the private sector as an employer. Hoping that government can find jobs for all PhDs is naive and unrealistic. Government enables education and the private sector creates employment. This is the synergy that has worked in all advanced countries.

Several problems are endemic to state universities. Corruption is rampant through appointments, purchases, building contracts and examinations. The resulting hemorrhage of funds is simply enormous. In certain states, caste based reservations have destroyed universities. In others, criminal elements roam around campuses, holding the community to ransom. The system of affiliated colleges is also a back-breaking burden on the system and no solution is in sight. Above all, there is a chronic shortage of funds. In such a scenario, the entry of rapacious private education outfits completes the cycle.

Yet, a closer inspection shows that all the state universities should not be tarred with the same brush. I would categorise the 400 odd state institutions as follows: (1) 100 old universities which once had better reputations and are located in city centres. These places are floundering because of the lack of adequate funding. Formerly well-known research departments have become inactive here. Corruption is not the problem; (2) 100 well reputed private colleges, once again in large cities. They have maintained their teaching standards but can only aspire for modest research goals because of the lack of funding and infrastructure. They enjoy varying degrees of autonomy and some have been upgraded into universities. Corruption and caste are not issues here; (3) 100 universities in smaller places that lack the critical mass, infrastructure and talent to perform productively and exist in name only, just drifting along; (4) 100 organisations that have gone beyond the pale—debilitating factors of corruption, caste and criminality are so deeply enmeshed in their functioning that there is no point even trying to improve them.

The financial inputs required for a respectable teaching and research profile are available in the 2017-18 Union Budget figures and tell the whole story. The average outlay for an IIT is 311 crore, for a central university, 135 crore and for an IISER, 85 crore. The IISc gets 450 crore. Each state university gets 12 crore. A state university also gets funding from the state government. But how much does it get? And how fast is it given?

Problems that can be solved with money are often the easiest to solve. The problem with our 100 old and once reputed state universities and the 100 well-established old, autonomous colleges is plain and simple - one of inadequate finances. As a unilateral move, I suggest that the central government sanctions 100 crore per year for five years to each of these 200 institutions. These places have the most valuable asset for which the government need not pay: prime land and solid buildings. Students prefer to commute short distances from their homes to decent colleges and universities. They now travel to far flung places and live in insanitary conditions in hostels because of the lack of educational opportunities home. The outlay for my suggestion is 20,000 crore per year for five years and this is not large for a big country to address a critical need. This amount should be used for both appointments, which should be contractual, and for equipment, infrastructure and support especially in undergraduate labs. The state governments may follow suit, if the centre were to take a bold step like this, and the enterprise will need a lot of centre-state financial cooperation.

The third group of 100 barely existing state universities and colleges should be converted into teaching institutions with all pretenses of research removed. Here again, contractual five-year appointments should be the norm and active financial inputs from state governments are necessary. The goal here is to produce well-rounded individuals, at the BA/BSc level who can get meaningful employment close to their homes and places of study.

The final group of 100 unsalvageable and ungovernable universities should be abandoned and whenever possible, wound up. This might be difficult in the short run, and politically tricky, but there is no viable alternative. In practical terms, these universities do not exist today. I am merely asking for a formal closure.

A major problem with state university reform is caste based reservations. The central government must bell this cat. For SC/ST communities, reservations were not envisaged to last longer than 10 years by our founding fathers. After 70 years, the matter is now a political tinderbox. For other caste groups, the legacy of V P Singh must for ever be thrown away. India has changed in many ways since 1990. Our major political party since Independence is all set to vanish. Nothing is static. Reservations have led to total quality erosion. This Gordian knot must be cut in a single surgical stroke. If reservations are deemed absolutely necessary, they should be made on an economic basis. Most of the groups who are able to avail of caste based reservations today would also qualify for reservations based on economic need. The creamy layer issue would disappear.

Private universities are small in number, and were formerly associated with teaching programmes only. Today a few have ambitiously entered the research scene and it is still hard to predict how they will fare. The state governments should not fall prey to abandoning education and passing it on to the private sector merely because they are unable to manage their own universities.

We are at a crossroads. Unless we train a large number of young men and women in an enlightened, holistic manner, we are in trouble. The way forward is clear but we have to take hard decisions.

The most important fact is without sound primary education that is imparted imaginatively serious efforts to strengthen higher education would be difficult. The problems in primary and higher education may be different, but they converge on one important aspect —the size of India. The numbers of children and young people who seek to better their lives through education is extremely large.

Solutions to the problems connected with both primary and higher education must be viewed in this light and one needs to apply a broad brush. This is no time for miniature painting, and the top down approach based on elite institutions, which we have been following in higher education and research so far, must now be combined with a bottom up approach where mid-level institutions are strengthened.