India’s ODI Series' Loss To South Africa: Time To Stop Obsessing Over Finding An All-Rounder At The Cost Of Team 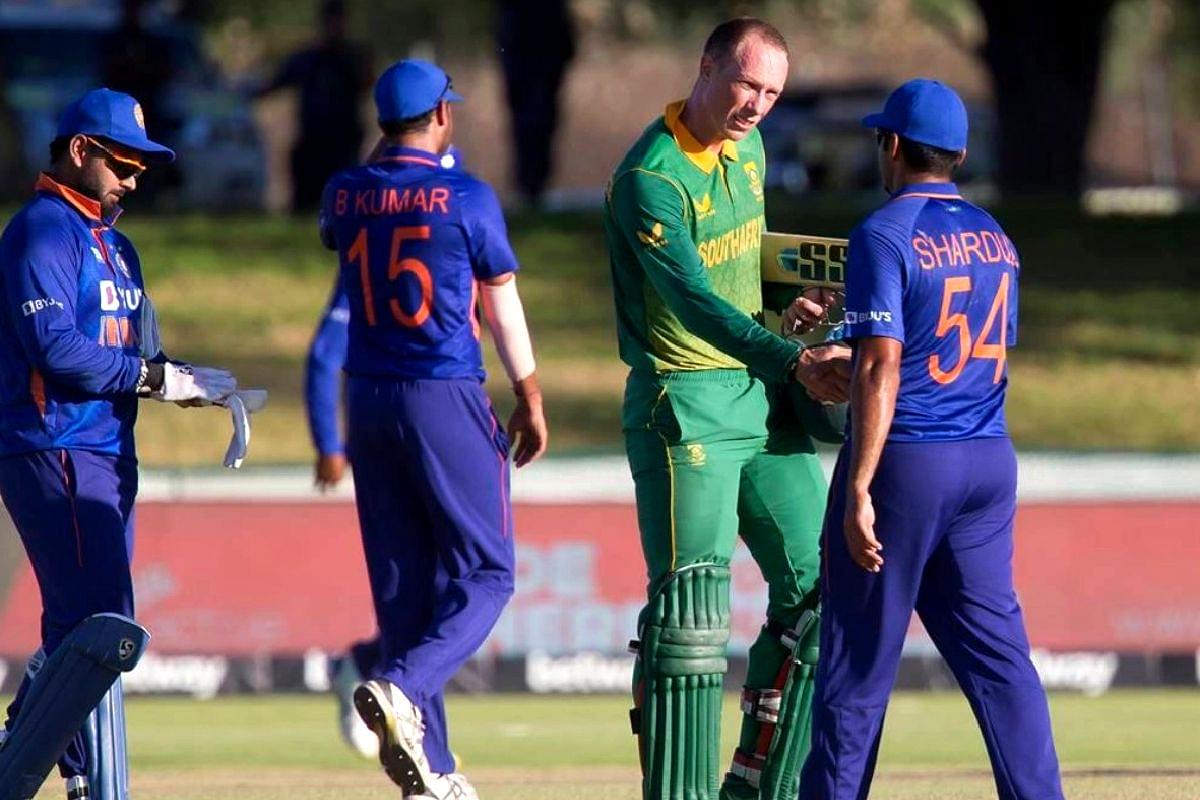 As if the top ranked test team in the world (now slipped to third position) losing to one of the weakest South African sides in recent history wasn’t bad enough, a series defeat in the ODI series as well is akin to rubbing salt in the still fresh wounds.

After a heartbreaking exit in the semifinal from the 2019 ODI world cup, Team India seems to have lost its way badly. The record speaks for itself.

The problems are plenty — always changing/rotating openers, its best player and captain until now Virat Kohli being out of form, frequent middle order crashes, too many injuries due to which fielding a consistent team is a challenge, terrible bowling performances (unable to take wickets early on while conceding too many runs thereby putting even spinners on the defensive) and last but not the least an unexplainable team management decision to give chances to players based on whims.

While analysing the test team, this author had written how India doesn’t even have a consistent Test team and owing to various factors, it is forced to play such drastically different team combinations that it’s a miracle that India has still managed to chalk up some really impressive victories.

Though it’s not that big an issue in ODIs, it still points at underlying problems with personnel management that can really prove disastrous going forward, if not corrected soon, with two consecutive limited overs World Cups coming up.

The depth of talent and bench strength in India has long been hailed and celebrated as a great thing, but it seems a headache now.

The biggest worrisome aspect is, of course, Indian bowling, especially at the start of the innings. As this ESPNCricinfo article points out, Indian bowlers have picked up only 10 powerplay wickets in 23 ODIs since the 2019 World Cup.

Even Jasprit Bumrah, one of the best fast bowlers in the world, has scalped just one powerplay wicket in 43 overs across 11 innings. Bhuvneshwar Kumar has become ineffective with the kookaburra ball after his pace dropped to 130 kmph.

Stand-in skipper KL Rahul even admitted to this shortcoming before the start of the series, but his team selection certainly shows that no lessons have been learnt.

Hopefully, when full-time captain Rohit Sharma takes over, a lot of these issues will be resolved.

Middle order crashes are another big problem. KL Rahul was doing fine at Number 5 for last one-and-a-half years, but as soon as he got to be Captain, he decided to just open the innings simply because he could.

Another experiment was to bring Rishabh Pant up in the order at number 4 while Shreyas Iyer batted down at 5. If the opposition has taken quick wickets, Pant is not the ideal candidate because he likes to play his natural game and one more wicket at this juncture can be devastating.

You need someone like Iyer and then, perhaps, KL Rahul to anchor the innings in such a scenario. Pant should remain in lower middle order and bat at 6.

On top of all this is this obsession to find a great all-rounder. Ever since Hardik Pandya has stopped bowling due to injuries (and lost form in batting also), this search has gripped the team management like a fever.

Ravindra Jadeja’s injury has only worsened things. That’s why the team gave a chance to Venkatesh Iyer based on his performance in the second leg of IPL, but he looked woefully out of place at number 6.

If KL Rahul had to experiment with Iyer, he could’ve asked him to open with Dhawan. What’s surprising is that in the first match, Iyer didn’t even bowl a single over even though he was supposed to play as an all-rounder.

If only a pure batsman had to play, then Ruturaj Gaikwad certainly was more deserving as he has proved himself over the last two years in both IPL and domestic cricket.

As it turns out, while the team was searching for an all-rounder elsewhere, it’s Shardul Thakur who actually turned out to be one — someone who can really bat confidently, while also showing ability to bowl with wicket taking ability, though slightly expensive sometimes.

When Jadeja comes and Thakur can be groomed as an additional option, one wonders why the team is looking for more all-rounders to experiment with.

This obsession means that the team is either losing out on having a solid batsman in the middle order or an additional bowler depending on pitch conditions.

Having an all-rounder is a bonus, but it shouldn’t come at the cost of the team. First, the core has to be decided, then, the all-rounder options looked into and not the opposite.

One hopes that Rohit Sharma would be closely watching all these problems and build a good team that goes into the World Cup as a consistent side with clear roles and responsibilities for each player.