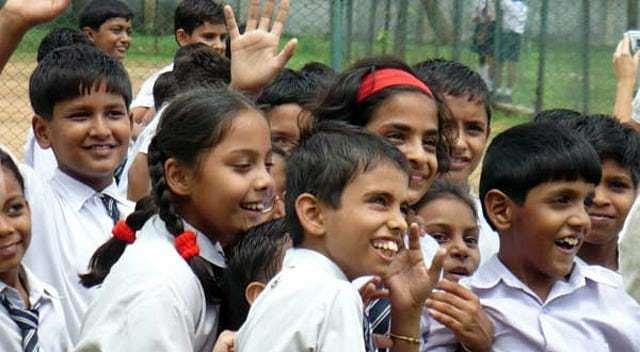 The RTE act mandates that 25 per cent of the seats in private unaided non-minority schools are reserved for free for children from a) economically weaker sections (children of parents with income less than X where X varies from state to state and (b) disadvantaged groups such as Scheduled Castes, Scheduled Tribes or other groups so defined by the respective state governments.

Why one calls the RTE primarily a law that guarantees the right to lottery and not necessarily education? Look no further than the latest round of school admissions that are currently underway throughout the country for 2018-19 academic session.

In Karnataka, last year, 11,917 schools that come under the ambit of the RTE act received over two lakh applications for 1,29,165 seats. In Rajasthan, which boasts of highest admissions under RTE, 33,091 private schools have reported receiving 11 lakh applications but only 2,62,000 students only got the admission as only this many seats were available with schools under the 25 per cent quota. Same thing transpired in Uttar Pradesh where number of applications (21,789) far exceeded the quantum of available seats (15,626).

The cheerleaders of the RTE have been telling us how it guarantees the right to education for every child in the 6-14 age group irrespective of their social and economic status. It is now becoming clear that the act only gives the children the right to lottery which may or may not help them eventually get a seat in a private school.

One is reminded of an emotionally charged scene from a Bollywood movie Hindi Medium where a kid after failing to get admission via RTE lottery apologises to his father for being unlucky, hearing which, the latter breaks into tears. As is evident from the data, the scene must be an every year reality for lakhs of parents. To further understand the complexities involved in the RTE admissions, it’s pertinent to understand how lottery system works and how admissions take place.

The lottery logic varies from state to state. Some have a centralised draw of lots, some conduct the lottery at district level for all schools that fall in that area and some states do it in schools themselves under the supervision of a government official. The underlying logic is same: if the number of RTE applications for a school are less than available seats, then everybody gets admission, but if applications exceed the number of seats, then a lottery is conducted to select the students.

The reason why poor parents treat this lottery process as life and death issue is because it only happens at nursery or first grade level. Once your child is admitted, he will study in the school for free till he completes elementary education. If he misses out due to fate, then too bad. A child usually gets two to three shots at lottery and once he is more than six years old, he becomes ineligible even to apply for the lottery. That’s why the stakes are so high. Many parents even falsify age data out of desperation as they understand how important good education is for upward mobility.

By continuing with such an obviously mindless policy, we are digging ourselves deeper into a hole. What’s the way out? Well there are two possible tweaks that can solve the current crisis and transform the RTE into truly a right to education, not just a right to lottery.

First is by instantly increasing the available seats. This can be done by making RTE applicable to minority-run schools as well, which are currently exempted from the ambit of the act. Incidentally, the problem of oversubscribing of RTE seats is happening mostly in major metros where minority schools are big players. If these are also thrown open to students from poor backgrounds, it will go a long way in solving problem of seat crunch. However, it is only a temporary solution.

Second is by doing away with this arbitrary limit of 25 per cent altogether and move to a system of education vouchers. Any needy student can then approach the school of his choice, get admission and pay by vouchers given by the government. Schools in turn can submit the vouchers with the government and get reimbursed. However, they should be able to get their dues before the end of each academic year failing which the child wouldn’t be allowed to continue in the school. This would also act as a pragmatic political pressure point for governments so that they behave and pay in time unlike in the current system where many haven’t paid dues to private schools for years.

However, given the governments’ proclivity for transferring responsibilities to others, what is likely to happen is that the ‘no skin in the game’ activists will push the state to increase the current limit of 25 per cent quota in private schools to maybe 49 per cent. Given that this 25 per cent figure is completely arbitrary and a result of someone’s epiphany, we shouldn’t be surprised if the quota is almost doubled in coming years. Needless to say, this would be akin to culling the golden goose (private schools) to reap all the eggs. But we all know what the solution is: incentivise the goose to keep giving golden eggs.