Is The Marathi Literature Festival The Latest Victim Of Intolerance Of ‘Liberals’? 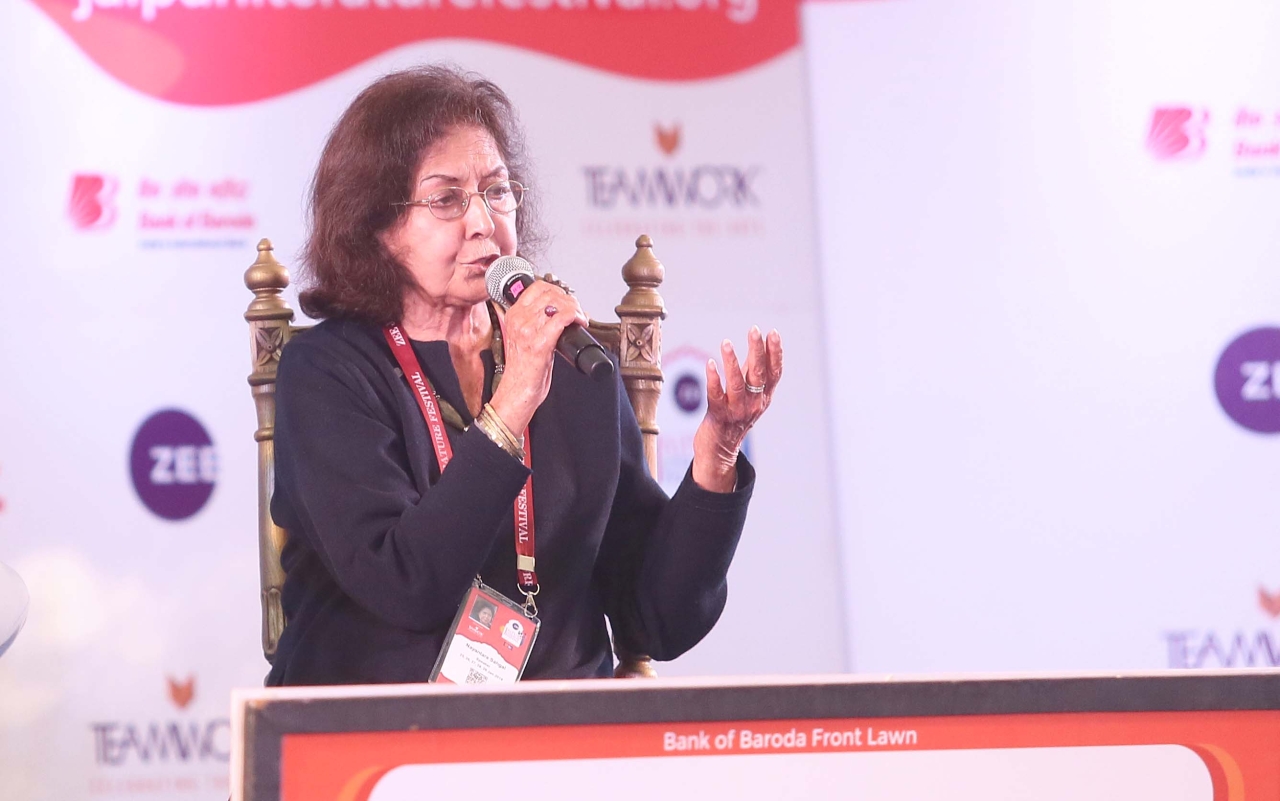 The biggest literature festival in Maharashtra with a tradition that goes back to almost a century, the Akhil Bharatiya Marathi Sahitya Sammelan is in the eye of an ugly political storm.

The 92nd edition of the Akhil Bharatiya Marathi Sahitya Sammelan is scheduled to be held in Yavatmal in Vidarbha, starting on 11 January.

But even before the literary meet takes off, the event has made headlines, thanks to a carefully choreographed controversy regarding an invite extended to author Nayantara Sehgal to inaugurate the festival.

This year’s festival was supposed to be an event that was being eagerly awaited by Marathi literature lovers, as well-known Marathi writer Dr Aruna Dhere, who has over 40 books to her credit, had been elected as the president of the 92nd Akhil Bharatiya Marathi Sahitya Sammelan.

Aruna tai is a multi-disciplinary writer, poet, scholar and an authority on folk literature and the literature of saint-poets of Maharashtra. Aruna Dhere’s books are appreciated by ordinary readers as well as literary critics, and she has been a much loved and respected figure in the field of Marathi literature.

Aruna Dhere was jailed during the Emergency, while still a student. Aruna tai’s unanimous nomination to the prestigious post of the president of the Akhil Bharatiya Marathi Sahitya Sammelan was hailed and appreciated by everyone who is familiar with Marathi literature, as her writing cuts across all ideological boundaries.

However, now the literary meet is facing a boycott by some Marathi writers and journalists, following an unsavory controversy. In an inexplicable decision, the Sahitya Mahamandal, which is the apex body that takes all decisions regarding the literary meet had first extended an invite to Nayantara Sehgal, a writer who is more known for orchestrating the #AwardWapsi campaign by her decision to return her Sahitya Academy Award, and for her family ties to the Nehru family, rather than her literary accomplishments.

Insiders say that initially the Sahitya Mahamandal had decided to invite noted Odiya writer, Pratibha Rai, to inaugurate the 92nd Akhil Bharatiya Marathi Sahitya Sammelan. But at the last minute, the decision was changed and Nayantara Sehgal was extended an invite, even though, Sehgal is 93, has failing health and does not like to travel outside Delhi. Why was she invited to a venue like Yavatmal, which is a city in Vidarbha with no air connectivity with Delhi, no one knows.

The Sahitya Mahamandal is an autonomous body which had taken the decision to invite Sehgal on its own. It would be interesting to know who were the people who dropped Pratibha Rai and decided to invite Nayantara Sehgal.

As soon as the news of Sehgal's acceptance of the invite went public, if on cue, a local small time MNS leader Raju Umbarkar threatened to protest against the literary meet for inviting a non-Marathi writer. Another local leader of an hitherto unknown farmer’s body, ‘Shetkari Nyay Sanghatna’, Devanand Patil, threatened to disrupt the literary meet as he claimed it was unnecessary expense in a place plagued by farmer suicides. Patil is known to be close to the Congress party and its leaders.

Within days of the two threats, in another inexplicable decision, the Sahitya Mahamandal decided to withdraw the invite to Sehgal unilaterally. Immediately, Congress leader and author Bhalchandra Mungekar appealed to literature lovers and writers to boycott the meet. Predictably, Maharashtra Chief Minister Devendra Fadnavis was blamed for the withdrawal of the invite.

Some Marathi journalists held heated TV debates concluding that the invitation to Sehgal was withdrawn under pressure by the Maharashtra government as it was assumed that she would have criticised the incumbent government in her speech.

Soon after that, the next move in the political game was played. Nayantara Sehgal’s speech was published by major English newspapers. As expected, Sehgal has accused the government of being intolerant and has spoken about her ‘fear’ that India is turning into a fascist state in her speech. Her speech is basically a rehash of her #AwardWapsi campaign, with no new inputs.

After Sehgal’s speech was published, a number of small-time writers and some journalists like Girish Kuber and Rajeev Khandekar have announced that they will boycott the literary meet, blaming the BJP-led government in Maharashtra for the controversy.

However, the Chief Minister's Office has made it clear that Sahitya Mahamandal is an independent body and neither his office nor the government has any say in its working. Minister for Culture Vinod Tawde has castigated the Mahamandal for withdrawing the invite to Sehgal.

There is more to this controversy than meets the eye. Instead of celebrating an accomplished author like Aruna Dhere’s selection as the president of the 92nd Marathi Sahitya Sammelan, some vested interests have successfully created an artificial controversy around Nayantara Sehgal.

Literature lovers in Maharashtra need to know why Nayantara Sehgal was invited in place of Pratibha Rai. Why was the invite then withdrawn by the same people in great haste, using the threat by some unknown small-time organization as an excuse? Why did Nayantara Sehgal accept the invite with great alacrity and then promptly release her speech to the media in a matter of days after the invite was withdrawn?

When the Maharashtra government has made it clear that it has no role in who gets invited to attend the literary meet, why are some journalists blaming the government, echoing the line taken by Congress?

Why is the platform of the oldest and largest literary meet in Maharashtra being used to play petty politics, especially when a writer of Dr Aruna Dhere’s stature was elected as the president unanimously? Why have some self-certified liberal activists, like Vidya Bal and Aseem Sarode taken it upon themselves to advise Dr Aruna Dhere about the content of her keynote address?

It is highly unfortunate that a great vidushi and scholar like Dr Aruna Dhere is being made a victim of a sinister political agenda. It is a sad day for the lovers of Marathi literature to see a great author like Aruna tai become the latest victim of the intolerance of the self-professed ‘liberals’.

Advertisement
The writer is a freelance writer and newspaper columnist based in Pune.
Get Swarajya in your inbox everyday. Subscribe here.
Tags:
524 Shares