Is US Postal Service A Marvel? No, Much Like Kerala State Road Transport Corporation 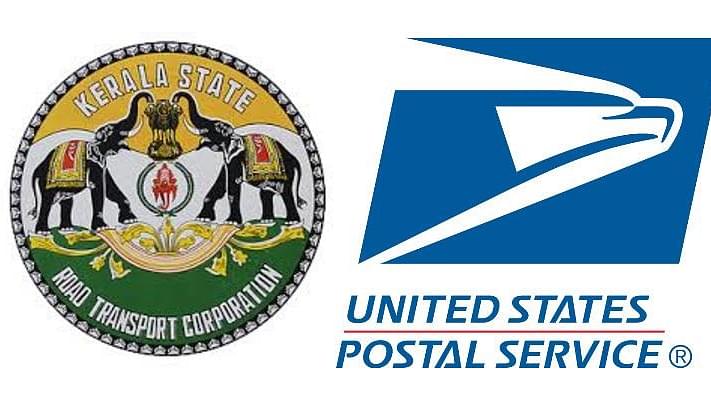 The KSRTC and the USPS – separated by continents, united by governmental inefficiency

A tweet by the United States (US) President Donald Trump on the US Postal Service on 29 December sent many people in a tizzy. Trump may not exactly be right about his diagnosis of what ails the Postal Service, but reading articles like the one about why the USPS is a "marvel" or that Trump is to be blamed for the decades of politicking that resulted in the Postal Service's current situation made me queasy.

Yes, the US Postal Service was at the forefront of innovation and one of the best-run institutions once upon a time. But the only reason that it survives today is because it is part of the government. When you say that it's required by law to take a letter to any address in the US no matter how much it costs to do so, you as a consumer think, "Oh Wonderful!" But you fail to factor in the inefficiency that befalls the delivery mechanism.

The Postal Service lost $5.6 billion last year, and it has lost almost $50 billion in 10 years! It is also under a massive debt burden of more than $100 billion. Furthermore, the mailing part of the Postal Service’s business has become irrelevant day by day with the growth of the internet and other information and communication technologies. The Postal Service is not an irreplaceable organisation. Every technology and every institution has a due date, and the Postal Service might have reached that state. An organisation such as this is propped up not by its hardworking employees but because the state can call upon unlimited resources, apparently without consequences.

The Postal Service has been a symbol and a unique marvel of American excellence, no doubt. The first postmaster-general was Benjamin Franklin after all! The Service played a unique and important role in the life of many Americans, but like any other branch or government agency that should not exist, it has been plagued by decades of bureaucratic influence and congressional lawmaking meant to appease their constituents. That is why they have mandated such insanities as paying a single rate to ship across the contiguous US. When the postal service proposed scrapping delivery on Saturdays to save money, the Congress refused to do it. There are many such examples of how the Congress is impeding self-correctional mechanisms within the Postal Service from attempting to keep it afloat.

To sum up, the Postal Service is an expendable organisation whose job can be better done by private companies. It suffers from continuous losses, has been under the spectre of massive debt,  has a union problem, its operating efficiency is impeded by politics and it employs more people than it should. It reminds me of another organization that exists in a small state, a whole world away – the Kerala State Road Transport Corporation (KSRTC). The KSRTC suffers from the same ailments as the Postal Service.

The KSRTC has been suffering from perennial losses – it lost Rs 613 crore in 2015-16 and Rs 617 crore the year before that. It is saddled with debts of more than Rs 3,000 crore. The members of the KSRTC trade unions have in the past sabotaged their vehicles during a strike and run private bus services on the side. The public sector undertaking (PSU) employs 8.7 persons per bus, much higher than the national average of 5.2. That sounds bad enough, but each bus has to also support 18 pensioners of the Corporation!

Not only has a “rejuvenation” package of Rs 3,000 crore being offered to the PSU in the last budget by the state government, it was also decided that it would be reimbursed for the various “concessions” it gives to the tune of Rs 1,900 crore. All this while the state government already bears half of the pension liabilities.

What holds the Corporation back from attempting a turnaround? Obviously, there are certain legacy problems that will weigh the PSU down. But, like nearly every other state utility, it has been used as a tool to achieve political motives time and again. A fare hike, which would inject some amount of cash into the Corporation, will not be viable due to the political consequences.

Earlier last year, a decision was taken to implement the single-duty system, which was undesirable to the workers, and a strike as usual followed. An attempt to radically alter the unit, which is necessary, will not happen because the politically strong trade unions will block any such move. The government can hope to offload it, for how can a communist government sell a public utility? Or close it, for that matter? The KSRTC is staring into oblivion, and it is in all probability past redemption.

The Aanavandi (“Elephant Vehicle”, named so for the elephant in its logo) is a Malayali icon, a cultural figure in Kerala, and so is the "mailman" motif in America. But as hard as it may sound, it is time to let go of the Postal Service and the KSRTC for the greater good. Keeping them around benefits those who are inimical to the interests of progress and efficiency.

The resemblance and parallels that I observe between the Postal Service and the KSRTC might come across as uncanny; after all, they deal with different sectors, one at the national level in the most powerful economy, and the other at the regional level in a developing one. But they should come across as no surprise – it teaches you one thing: governments everywhere are the same, be it a superpower or a small, regional one – inefficient and archaic.