Judge Kurian Joseph Protests Too Much; He Is Politicising Judicial Appointments 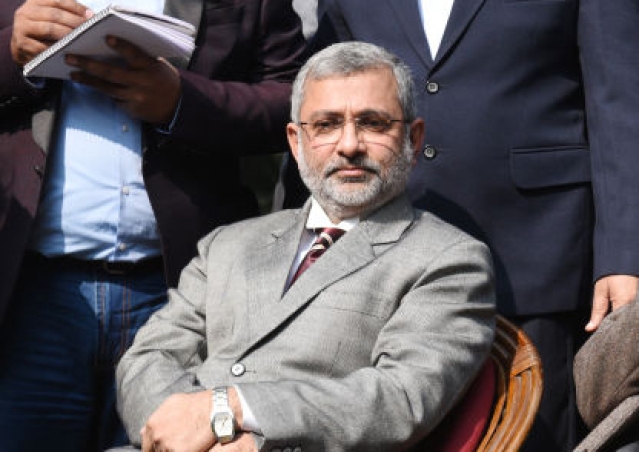 After Justice J Chelameswar, Justice Kurian Joseph has become most vocal in diatribes against the executive. Judicial indiscretion and indiscipline should now be added to the list of worries about the state of India’s higher judiciary.

Yesterday (6 May), Justice Joseph claimed that the move to reject the nomination of Justice K M Joseph, Chief Justice of the Uttarakhand High Court, as Supreme Court judge was unprecedented. He said: “never has it happened before like this that the names sent by the Collegium are asked to be reconsidered”.

The Times of India quoted him as saying, “things that shouldn't have happened are happening. Things that haven't happened so far are also happening… The list of names sent by the collegium getting altered, cut short and later sent back has never happened before... The hope is that there would be discussions on how it happened so that it wouldn't happen again".

By speaking openly about his disagreement, Justice Joseph is making it impossible for the Collegium to do anything but reiterate the appointment of Judge K M Joseph, for anything else will look like the Collegium kowtowing to the executive.

Last month, he went ballistic and claimed that the “very life and existence” of the Supreme Court is under threat as the government spent three months over the Collegium’s recommendations for elevations to the apex court.

Calling for the creation of a seven-judge bench to take up the matter of the government’s delays in clearing the names sent to it, Justice Joseph added that this was “for the first time in (the) history of this court where nothing is known as to what has happened to a recommendation after three months”. He said the “government owes a duty to take a call on the recommendation as soon as the same is sent from the Collegium. Failure to discharge their duty by sitting on the recommendations of the Collegium doing nothing, in administrative law, is abuse of power”.

He may be right, but he is being less than honest to paint only the judiciary as the victim. Many things are unprecedented in the behaviour of the judiciary itself, including the fact that four judges chose to address a press conference in January, and also the fact the Justice Joseph is repeatedly taking to the media to hit out at the government or even a former chief justice, H L Dattu. The latter had called a conference of high court chief justices on Good Friday in 2015, and Justice Joseph refused to attend saying it came in the way of his faith. He even complained to the Prime Minister about it, adding a lecture on Indian secularism.

To which CJI Dattu replied: “the question I have to ask myself, perhaps I can’t ask you, is whether it is institutional interest or individual interest that one should give preference to. As far as I am concerned I would give priority to the former and not to the latter”. Expressing “shock” over his brother judge questioning his decision, he also pointed out that such conferences were often held on holidays to avoid interruptions in the work of high courts during weekdays.

The problem with Justice Joseph’s frequent and public interjections is that he has effectively politicised the judiciary and done its real independence irreparable damage. By repeatedly canvassing for a fellow judge of the same faith, he is again sending the wrong signal.

If the government’s decision to sit on the Collegium’s recommendations is “abuse of power”, so are the various decisions of the Supreme Court to make the law using Article 142 as the anchor. The constitution bench’s decision in 2016 to reject the National Judicial Appointments Commission – a law passed by parliament and state legislatures with near unanimity – is also a self-serving decision, resulting from a possible over-reading of its powers under the Constitution.

Justice Joseph is wrong to presume that judicial independence is all about the government signing on the dotted line and issuing appointment letters merely because the opaque Collegium wants it done.

Contrary to how the Supreme Court has interpreted the law, our Constitution does not give the judiciary sole rights to appoint judges. The executive also has a role.

Consider the plain words of Article 124: “Every Judge of the Supreme Court shall be appointed by the President by warrant under his hand and seal after consultation with such of the Judges of the Supreme Court and of the High Courts in the States as the President may deem necessary for the purpose and shall hold office until he attains the age of 65 years; Provided that in the case of appointment of a judge other than the chief Justice, the Chief Justice of India shall always be consulted”. (Italics mine).

One can interpret this article to mean that the CJI must be consulted, and even that he has a right to veto some candidates, but the article also gives the President (ie, the executive) the right to be an active participant in this decision, including consulting other judges as he may deem necessary. Nowhere can this article be read as giving the executive only the role of a stenographer, typing appointment letters on intimations from the Collegium.

The simple point is this: nowhere in the world do judges appoint themselves, and accountability to the larger public comes in somewhere. In the US, the appointment of Supreme Court judges is a highly political process, and in the UK there is an independent commission to shortlist and appoint judges.

There is also another point to consider: if we accept the reality that governments are accountable to the citizens, it follows that government should have some say in the kind of judges who get picked. If, say, a pro-market government is elected, and the judiciary is already packed with Left-wing judges, it is important to correct this imbalance. The political and economic orientation of future judges is not an unimportant factor in their appointment.

By repeatedly raising a banner of revolt in public, Justice Kurian Joseph has not done the non-political nature of his office any good. His credentials to be sitting where he is today are in some doubt.