Judicial Appointments: The Arm Of The State That Wields Tremendous Power And Influence Should Be Accountable To The People 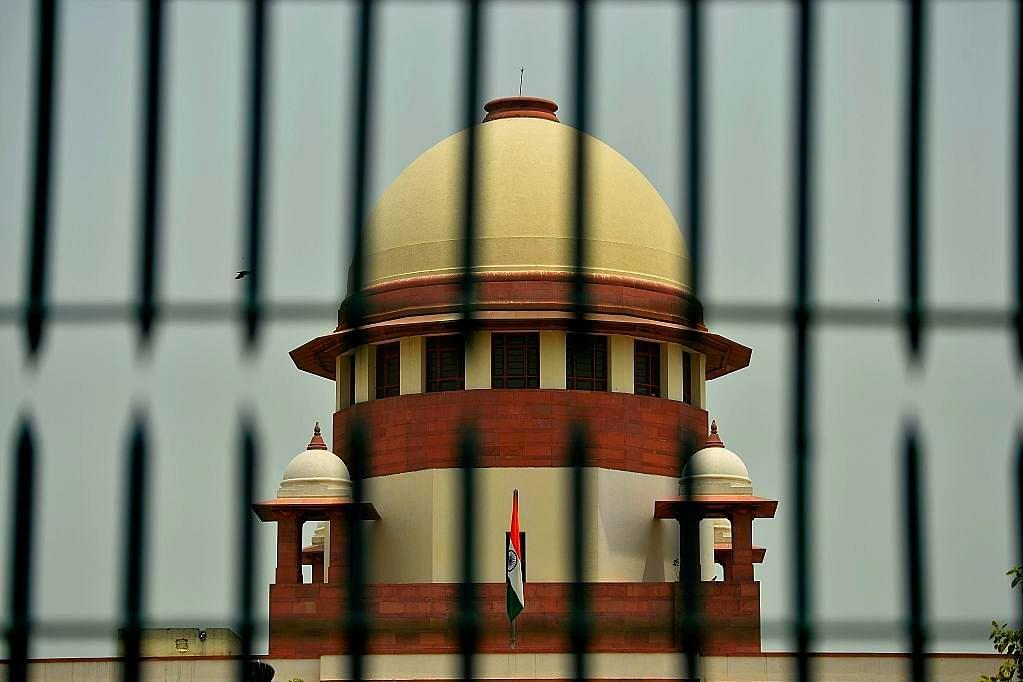 The doctrine of judicial independence that forms part of the basic structure of the Constitution is borrowed from the United States of America.

Article 50 of the Indian Constitution states that: “The State shall take steps to separate the executive from the judiciary in the public services of the State.”

But even in the United States, where there is a strict separation of powers between the three arms of the state, the executive and the legislature play a vital role in the appointment of judges of the Supreme Court.

In India, the legislature has no role in the appointment of judges while the executive has minimal say in the matter.

An attempt to introduce the role of legislature and executive in the process through the National Judicial Appointments Commission (NJAC) was struck down by the judiciary as void.

The judiciary that wields the power to uphold the rule of law and ensure justice for people, stays completely insulated from being directly or indirectly held accountable by people.

It is in this light that one has to consider reforms in judicial appointments.

Judicial Appointments In The US And UK

In the US, the President nominates candidates to be appointed as Judges of the Supreme Court, who are then subjected to a confirmation process through the Senate Judiciary Committee.

This committee comprising of 22 Senators examines the candidate’s credentials and views by analyzing previous speeches made, articles written and other published material.

During the hearing, the candidates are questioned on their views on different cases and American jurisprudence in general.

The Senate Judiciary Committee prepares a report indicating the candidates as positive, negative or neutral.

The nominations are then referred to the entire Senate for voting, which confirms or rejects the nominations through a simple majority.

Also, it is to be noted that the President can nominate any individual as the Constitution does not specify qualifications such as age, education, profession, or native-born citizenship for the appointment of a judge.

In the case of the UK, although the legislature plays no role in appointment, the Lord Chancellor who is a member of the Cabinet plays a pivotal role in the appointment of a Judge.

The Lord Chancellor is given the option to reconsider or reject a candidate. So, it is the Lord Chancellor who decides whether to recommend the particular candidate to the Prime Minister who in turn advises the Queen to appoint the Judge.

When the Constituent Assembly was debating the provisions of separation of executive from the judiciary as part of the directive principles, the Hon’ble Member T.T. Krishnamachari made a notable intervention.

Dr. B.R. Ambedkar, while moving Article 39-A (now Article 50), mentioned that the separation of executive from the judiciary has been a demand since the times when Congress was founded.

Krishnamachari noted that an eminent Congressman who was the Prime Minister of one of the major provinces of the country had said that the separation of judiciary from the executive has changed and that a separation need not be effected as a foreign government was longer in power.

He also mentioned that while a complete separation of power between the judiciary and the executive may be good to envisage on paper, it may not work out in actual practice.

While respecting Ambedkar for his views on the matter, he said, “To put the Constitution of the country in a straight-jacket by giving undue power to the judiciary at a time when we know that in the matter of recruitment to the judiciary, we are not able to get ‘A’ Class men at all, is unwise.”

He feared that a judiciary with enormous power and no means of control by the legislature would, perhaps, create a Frankenstein which would nullify the intentions of the framers of the Constitution.

He cautioned that “empowering the judiciary beyond all reason and making it a regular administration by itself, will, perhaps, lead to a greater danger than we can now contemplate.”

With respect to the appointment of judges to the Supreme Court, Members like Shri. Shibban Lal Saxena and Shri K.T. Shah wanted the judiciary to be free of political influences while at the same time introduced amendments to ensure judges are directly or indirectly held accountable by the people.

However, Ambedkar’s issue with this was that this would make the process cumbersome along with the possibilities of political interventions.

He, therefore, struck a middle course by making it mandatory for the President to consult the Chief Justice of India.

But he also mentioned that this provision may be regarded as “sufficient for the moment.”

The question of judicial reforms and judicial accountability, especially in the area of judicial appointments, has been there for quite some time. The conception of a National Judicial Service Commission comprising of the Chief Justice of India as the Chairman, three senior most judges of the Supreme Court, three Chief Justices of High Courts, Minister of Law and Justice, Attorney General, leader of the Bar and an outstanding law academic was mooted way back in 1987 in the 121st Law Commission report.

It suggested that the power to make appointments must be a shared power where the decisions are made not just out of individual subjective opinion but by a body who can arrive at a decision based on deliberations.

The 214th and 230th Law Commission reports in 2008 and 2009 suggested the reconsideration of the three Judges cases that forms the basis of the collegium system.

Other bodies like the National Advisory Council of 2005 also suggested a commission comprising a mix of members from the judiciary, executive and legislature.

That the existing collegium system is flawed and needs to be done away with has been emphasised time and again only to fall on the deaf ears of the judiciary.

Isn’t it antithetical to the idea of democracy to have a completely unaccountable judiciary? Can we let it be this way for eternity? Will the judiciary not give up its ego to reform itself and allow for a more transparent and accountable appointment process?

An arm of the state that exerts tremendous power over the people and has an impact on the individual’s social, cultural, political, economic and even personal spheres, remains completely free from being held to account by the people directly or indirectly.

Quite often, we see the judiciary encroaching upon not just the executive’s jurisdiction but also on the rights of individuals and communities through PILs.

Here too, there are different standards and rules set for different issues pertaining to different communities. While the highest court has all the time and patience to entertain a petition by an entity that has no locus standi on the Sabarimala temple, the deity, its nature, customs and traditions, the same court refrains itself from intervening in the dispute regarding burial of Jacobites in cemeteries controlled by the Syrian Orthodox faction where the latter has filed contempt petition against the Kerala government for promulgating the Kerala Christian Cemeteries (Right to Burial of Corpse) Ordinance of 2020, an act to legally facilitate the burial of Jacobites in their family cemeteries located in churches administered by the Orthodox faction.

It is to be remembered here that the Supreme Court in 2017, upheld the 1934 constitution of the Church and asked the Kerala government to hand over the control of the Malankara church to the Syrian Orthodox group.

Even the President of India is elected by the people elected by us. The NJAC comprising of members from all three arms of the state would have not just ensured harmony among them but also would have put in place a more transparent process of appointment of judges.

The principle of judicial independence primarily exists for a reason that, whenever the state exceeds its boundaries and clamps down on fundamental rights, there should be an avenue for an individual or community to seek redress.

However, we know that this principle became a joke during the Emergency. Also, the judiciary sees the role of the executive and/or legislature as a threat to their independence.

The British judges do not see the presence of Lord Chancellor as a threat to the judicial independence.

The American judges do not see the role of the Senate as a threat to their independence.

Why is it that only the Indian judiciary feels it a threat to have directly or indirectly elected members have a say in their appointments?

If an institution believes that the manner in which it exists is absolutely perfect and that there is no need for reform, then that institution does not have the right to suggest reforms to anybody else. If the judiciary, which derives its authority from the Constitution, wishes to preserves its independence, why can’t a religious community which also derives its rights from the same Constitution take the same position?

What came first – religion or the Constitution? These are questions the judiciary needs to ask itself and find answers to.

I am no Constitutional expert, nor am I a student of law to suggest these reforms. However, it is as a citizen of a democratic polity who wants to hold the judiciary accountable within the framework of the Constitution that I raise these questions.

One can wake up a sleeping person but not a person who is pretending to be sleeping. It is up to the judiciary whether they choose to wake up or not.