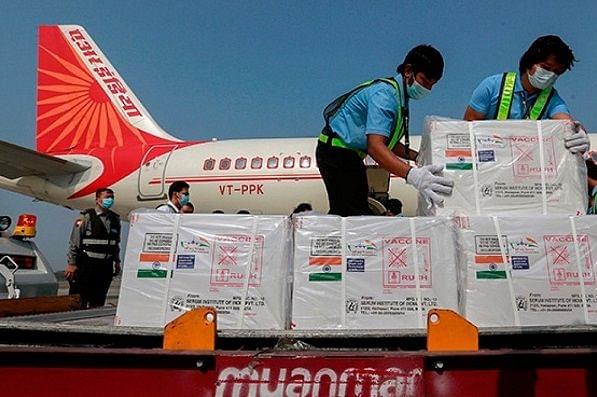 Under Vaccine Maitri initiative, India has already sent 45 million doses of Covid-19 vaccines to at least 65 countries while it is on its way to inoculate 300 million Indian citizens in months.

Even before vaccine for Covid-19 was invented, there was an apprehension that there could be vaccine nationalism, ie, scientifically advanced countries like the US cornering all the vaccine it produced for its own people.

Well, this apprehension now is coming true with the second wave of the dreaded virus spreading its tentacles thanks to its innate ability to mutate.

Both the US and India see wisdom in vaccinating their own people. European Union too is not coy about this nation first approach.

Indeed there is nothing wrong in this seemingly squeamish approach because no country exports a critical item when it has a huge pent up domestic demand to satisfy.

Having said this, it must be readily conceded that the technology for production of the vaccine whether it is protein-based or dead-virus-based must not be sat upon to the detriment of other countries that are constrained to importing the vaccine.

The truth is medical inventions are supposed to serve the humankind at large which is why many countries including India have compulsory licensing regime under its patent law obliging the patent holder to grant licence to domestic producers if he himself is not producing the drug in large enough quantity.

International consensus must be built to extend this basic idea behind compulsory licensing to help vulnerable and helpless nations to overcome the scourge.

To be sure, within just a few months, pharmaceutical firms have produced hundreds of millions of doses of Covid-19 vaccine. But the world needs billions — and as fast as possible.

Companies say they could make enough vaccines to immunise most of the world’s population by the end of 2021. But the second wave raises serious question on this rather optimistic take.

Some 413 million Covid-19 vaccine doses had been produced by the beginning of March, according to Airfinity, a London-based data research company.

The company projects that this will rise to 9.5 billion doses by the end of 2021. A larger figure was published last week in an analysis from the Global Health Innovation Center at Duke University in Durham, North Carolina.

The centre’s researchers aggregated publicly announced forecasts from vaccine makers, which add up to around 12 billion doses by the end of the year. But not enough to inoculate the entire world completely and satisfactorily given the fact that most of the vaccines require two shots.

So nations looking forward to imports must change tack and start thinking in terms of indigenous production with the aid of imported technology.

There is another imponderable which was glossed over by the scientific community in its obsession with research of the vaccine when the dreaded virus was mercilessly striking down human lives — vaccine production can require more than 200 individual components, which are often manufactured in different countries.

These include glass vials, filters, and resin, tubing and disposable bags. If any critical item falls short, then it can disrupt the entire process.

Therefore, it is necessary to understand that vaccine manufacturers cannot produce without the supply chain of components firing on all four cylinders which unfortunately is not happening.

Shortage of components is already holding up production in few production centres. This points to the need for not viewing production of vaccines in isolation but holistically.

India would do well to encourage setting up of components industry on a war footing because if the US is not able to export these components in view of domestic compulsions, our own Serum Institute and Bharat Biotech could be left high and dry.

Brazilian President Jair Bolsonaro said recently with a touch of vehemence if not petulance that Brazilians will not be anyone’s guinea pigs. This was in the context of export of Covid vaccines from China but Brazil has problems with the indigenously developed Indian Covaxin as well.

Earlier, Europeans complained of blood clotting engendered by the AstraZeneca vaccine. Such complaints also make an imperative case for indigenous production of vaccines based on the technology that suits the ethnicity of the people.

Brazil after all is hailed as generic medicine powerhouse along with India. It should be possible for it to ramp up production albeit with the aid of imported technology.

Think global in terms of the best technology but act local by producing yourself. Full marks to ICMR and Bharat Biotech, Hyderabad for not only producing indigenously but more importantly for timely invention of their own strain of the vaccine.

Autarky is not a good economic policy but Covid pandemic must make governments make an exception in favour of Covid vaccine.