Koregaon Memorial: What Does It Really Signify? 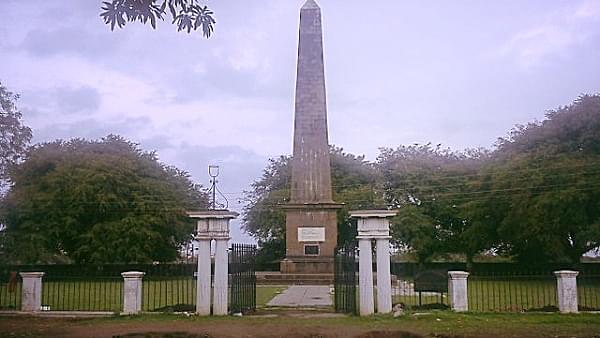 The so-called ‘new’ Dalit narrative celebrating the Koregaon memorial, erected for the soldiers of the 1818 Anglo-Maratha War, is a very old one. It is also not exactly an alternative or subaltern reading of history. It is only a rehashing of the colonial manipulation of Indian identities and memory.

The most notorious consequence of accepting such a narrative makes the Mahars complicit in the subsequent famines – called by some historians as the ‘Victorian holocaust’. Within 25 years of the British East India Company winning the war in 1818, the famines between 1826 and 1850 killed almost 500,000 people. According to William Digby, by the 1870s, the number of famine deaths had crossed a few million.

Fortunately, the narrative is more a construct than a historical reality. Almost every community had either supported or opposed the British. However, once the evil of colonialism was felt across the board, all came together to fight against it. Otherwise one cannot explain, for instance, why B R Ambedkar did not accept Christianity arguing that it would strengthen colonial stranglehold on the nation.

After the 1857 uprising, Anglophile social reform leaders like Jyotirao Phule sought to depict the Mahars as having sided with the British and even congratulated them for helping in crushing the 1857 rebellion. In reality, the British started considering the Mahars as unreliable in guarding their empire. Historian Shraddha Kumbhojkar of Savitribai Phule Pune University points out that the Mahar Regiment soldiers joining the ‘Indian Mutiny’ “added certain reluctance the British had always shown with regard to the enlistment of Mahars” and that “subsequently they were declared to be a non-martial race and their recruitment was stopped in May 1892”.

In the case of 1857, in both joining hands with the British as well as in opposing them, we find all the communities equally guilty and equally brave. For example, on 31 July 1857, in Kolhapur, when soldiers rebelled, 150 to 200 soldiers broke ranks with the British, including the Mahars. They fought a pitched battle, causing a large number of casualties for the British. But subsequently, the Purbiyas turned their backs and escaped from the rebels in favour of the British.

In the decades succeeding 1857, the British had brought in their own theories of Aryan race as well as the idea of martial races. This concept was absent in the Indian context. Shivaji, who founded the Hindu self-rule, Hindavi Swarajya, had employed the Mahars in his army. Even during the much-disliked Peshwa rule, we find that the Mahars were employed in the army in the protection of forts (R D Palsokar, T Rabi Reddy; 1995) – at least during the reign of Baji Rao-I, though we do see that their social rank had started to slide down – clearly due to local socio-political factors. Yet British colonialists as well as Anglophile social reformers seized upon the racial narrative and claimed that the Mahars were the original inhabitants, before the ‘Aryan’ invaders, and projected the Peshwa as a continuity of Aryan oppressors while the British were hailed as the liberators.

Yet the bitter truth was that Hindavi Swaraj had no classification as martial and non-martial races and for generations had recognised the Mahars as soldiers. The British, on the other hand, used them and later threw them out as ‘non-martial races’.

Historian David Omissi in his The Sepoy and the Raj (Macmillan, 1994) writes that they regained some of the lost economic ground by serving in the Indian Army, which in turn was because “some of their traditional occupations had been threatened under British rule”.

When the British declared them as a non-martial race and excluded them from military recruitment, one of the earliest Mahar leaders at the end of the nineteenth century, Baba Walangkar, who himself had worked in the army, petitioned the government against the exclusion of Mahars in 1894. Here he claimed Kshatriya origin for Mahars and this in turn was based on the widespread presence of Mahars in Shivaji’s army.

However, what exposes the colonial and ongoing anti-Hindu myth of an enlightened British army offering space to the oppressed Mahars is a petition submitted by the Conference of Deccan Mahars to the Earl of Crewe (the Secretary of State for India). Asking for full rights as citizens of the Empire, just like the “Brahminical castes and Muhammedans”, the petition said:

And it is most encouraging to know that the Honourable House of Commons, as constituted in these times, is composed, to some extent, of the representatives of the lower strata of English society, the workingmen, who, only a quarter of a century ago were regarded as but Mahars and Paryas by the more educated and affluent classes of the nation.

In other words, even in 1885, British society was as much caste-ridden and featuring social injustice as was made out to be in the case of Indian society. So whatever it was that attracted people to become soldiers of the British East India Company, it was not their democratic or egalitarian values, for they were simply not there in 1818. This was a later-day narrative developed, half to shame the freedom movement and led by the British and half by the leaders of the Scheduled Communities to fight for their rights, which were denied in a socially stagnant society.

Again, during the First World War, the British allowed the recruitment of the Mahars in the army and immediately after the war, they promptly excluded the community. In 1927, Ambedkar made attempts to make the British recruit the Mahars once again and in this, he was supported by Veer Savarkar of Hindu Mahasabha (V Longer, Forefront for Ever: The History of the Mahar Regiment, Mahar Regimental Centre, 1981). In 1929, Barrister Jayakar, again of Hindu Mahasabha, called for reservation for Scheduled Communities in the police force. In 1931, Savarkar was invited and presided over the Mahar conference held at Ratnagiri. Another prominent Hindu Mahasabha leader close to Ambedkar who fought against the pseudo-scientific martial races theory was Dr Moonje. In his presentation on the Indianisation of the army to Chetwode Committee in 1931, Moonje criticised the martial race policies as “the myth of the artificial distinction of martial and non-martial classes”.

Even in the formation of Mahar Regiment, a critical role was played by Savarkar. None other than W N Kuber, a Marxist and critical biographer of Ambedkar, points out the connection:

The Sikhs and the depressed classes resented their non-inclusion in the Executive Council of the Viceroy. Ambedkar sent a protest cablegram to Amery, the then Secretary of State for India. V.D. Savarkar upheld Ambedkar’s demand and wired to the Viceroy to include Ambedkar in the Executive Council. Ambedkar urged the Mahar youths to suspend their studies and qualify themselves for military commissions and preserve their high martial traditions. He asked the government to raise Mahar battalions and not to make distinction as martial and non-martial races.

The rejection of this 1818 colonial ‘legacy’ of the Mahar Regiment occurred in Independent India. The last mischief was played by the British by including the Koregaon obelisk in the regiment insignia. After independence, it was removed and a dagger was presented in its place. The Indian government, with Dr Ambedkar as its law minister, made the Sanskrit statement yash siddhi (success and attainment) the logo of the regiment and its war cry in Hindustan ki Jai.

So the projection of the Koregaon event of 1818 as a Dalit victory is not an alternative reading of history. Far from it, it is a rehashing of colonial propaganda that is not rooted in facts. Ambedkar’s concluding speech in the Constituent Assembly is worth quoting here in detail.

Reading it once is enough to decide whether those who assembled at Koregaon really honoured the memory of Ambedkar or defiled his spirit.

What perturbs me greatly is the fact that not only India has once before lost her independence, but she lost it by the infidelity and treachery of some of her own people. In the invasion of Sind by Mahommed-Bin-Kasim, the military commanders of King Dahar accepted bribes from the agents of Mahommed-Bin-Kasim and refused to fight on the side of their King. It was Jaichand who invited Mahommed Gohri to invade India and fight against Prithvi Raj and promised him the help of himself and the Solanki Kings. When Shivaji was fighting for the liberation of Hindus, the other Maratha noblemen and the Rajput Kings were fighting the battle on the side of Moghul Emperors. When the British were trying to destroy the Sikh Rulers, Gulab Singh, their principal commander sat silent and did not help to save the Sikh Kingdom. In 1857, when a large part of India had declared a war of independence against the British, the Sikhs stood and watched the event as silent spectators. Will history repeat itself? It is this thought which fills me with anxiety. This anxiety is deepened by the realization of the fact that in addition to our old enemies in the form of castes and creeds we are going to have many political parties with diverse and opposing political creeds. Will Indians place the country above their creed or will they place creed above country? I do not know. But this much is certain that if the parties place creed above country, our independence will be put in jeopardy a second time and probably be lost for ever. This eventuality we must all resolutely guard against. We must be determined to defend our independence with the last drop of our blood.