Law Around Marital Rape Too Important To Be Left To Public Outrage, There Must Be Public Debate 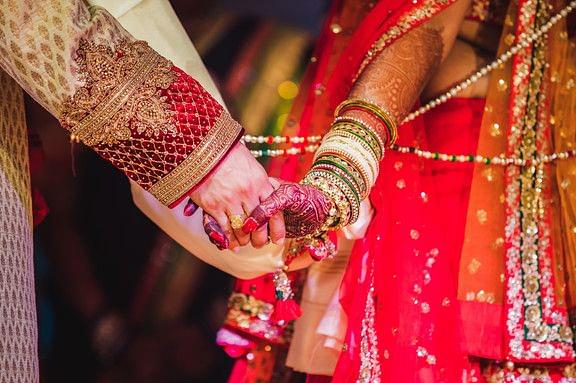 The issue of marital rape, particularly the question of whether to criminalise it or not, has again become a heated topic of discussion on both social and mainstream media. The reason being the Delhi High Court, which is hearing a batch of petitions challenging the exception to Section 375 of the Indian Penal Code which states that "sexual intercourse by a man with his own wife, the wife not being under fifteen years of age, is not rape". Though not explicitly stated, even sex without wife’s will or consent, is not illegal for all sexual intercourse in a marriage is understood to be consensual.

As senior advocate Rajshekhar Rao, appearing as amicus curiae, stated in the court, "The provision is not a license to do that (sexual intercourse with wife without her consent), but the effect is so...“.

Rao has argued that merely striking down the exception will not amount to creating a new offence by the court. That’s true but to use Rao’s own words, the effect will be so.

The issue of marital rape is very sensitive and divisive. Among the liberal circles, there is an overwhelming clamour for criminalisation of marital rape. Fair enough. But the problem is the moment anyone, who doesn’t see this topic in black and white, tries to differ from the liberal herd and talk about nuance or the complexity involved, he is immediately labelled a misogynist at best and a potential rapist at worst.

Rao acknowledges that there are "practical not legal" downsides to reading down the exception and said that "in case the Court decides to strike off the exception, he will come up with suggestions to prevent the possible misuse of criminalizing marital rape". Nothing captures the liberal stand on this issue more succinctly than such casual brushing aside of practical downsides and more importantly putting the cart before the horse — just solve this problem the way we want and we will tell you suggestions to solve the new, most likely, bigger problems that our solution will create.

American author and social theorist Thomas Sowell once said, "liberals seem to assume that, if you don’t believe in their particular political solutions, then you don’t really care about the people that they claim to want to help".

So, let me be absolutely clear, that the ones who are talking of treading with caution on this issue are not pro-marital rape or ones who have no sympathy with the women victims who are sexually abused in marriages, as liberals would like to demonise them as such. They are merely concerned at the practical problems, the ones liberals don’t even want to entertain, which have the potential to make matters worse without being much help to real victims.

It would be wrong to bracket these divisions to approach a problem as liberal and conservative or left and right but rather in Sowellian categories of "the vision of the anointed" and the "tragic vision". The former believes in particular solutions to societal problems. The latter believes there are no solutions to complex problems, only trade-offs. The former‘s knowledge consists largely of the articulated intelligence of the more educated few while the latter’s consists largely of unarticulated experiences of the many. The former believes in categorical solutions and assumes the process costs as merely incidental and the latter in incremental solutions and knows that costs are crucial.

That’s why in the debate over criminalising marital rape, the process costs are of no importance to the former. They view the problem in isolation and believe that their particular solution will solve the matter. They don’t even think for a moment that the complex systems are constrained by so many limitations that also need to be considered. If you are trying to tweak something in such situations, there will be consequences and those consequences will in turn have other consequences or what we call second order effects. So, when the ‘solution’ is being presented, it also needs to look into what effect it will have on the whole.

But no. The difficulty of proving the consent (or lack thereof) in marital sexual intercourses is a big challenge and believing all women are not the just way given rampant misuse and abuse of other asymmetrical laws (like in the case of dowry or false rape cases because they are not gender neutral).

Simply saying "misuse of law doesn’t mean we stop framing laws themselves" is lazy because in this particular issue, the potential is immense. There is a good chance that the number of misuses and abuses exceeds the number of real victims in future.

The long delays in India’s judicial system is not something to be ignored either and lightly comparing our situation with advanced countries where cases are disposed of rather quickly would be a mistake.

These issues have to be resolved first, ie, horse must be put before the cart rather than the opposite.

This is not to say that we continue to ignore real victims of marital rape. But we must evaluate what trade-offs we are willing to have as a society. This has to be discussed and debated at a wider level and not something to be decided by a few anointed activists or judges.