Long Way To Go Before Wrongs Of RTE Are Set Right, But Maheish Girri Has Taken The First Steps 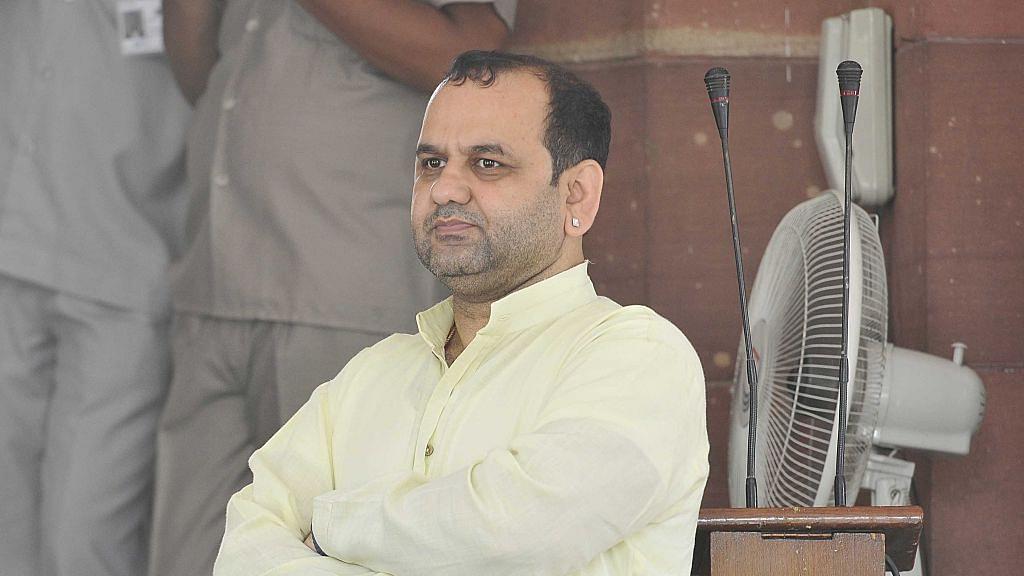 Maheish Girri is and hopefully, continues to be one of the most active parliamentarians of the Bharatiya Janata Party (BJP). In the last three years, he has introduced 11 private member’s bills in comparison to the national average of 1.5. A year back, not many noticed that the Member of Parliament (MP) from East Delhi who also is the national secretary of the BJP, presented one such bill in the Lok Sabha to amend Article 15(5) of the Constitution, to remove the deleterious effects of the 93rd Amendment.

The 93rd Amendment to the Indian Constitution, passed by the United Progressive Alliance (UPA) government in 2005 with reluctant support from the National Democratic Alliance (NDA), aimed at allowing reservations for “socially and educationally backward classes of citizens or for the Scheduled Castes or the Scheduled Tribe”, in privately-run educational institutions to improve access to education, but predictably exempted those institutions, which are run by religious and linguistic minorities. For various administrative reasons, this exemption effectively became an exclusive right for the religious minorities of the country, resulting in such institutions gaining a structural advantage over Hindu-run educational institutions, and thus ended up being abhorrently discriminatory.

Moreover, the purpose of the 93rd Amendment to create “greater access to higher education including professional education to a larger number of students belonging to the socially and educationally backward classes of citizens or for the Scheduled Castes and Scheduled Tribes…” could not be achieved as a huge number of private educational institutions were run by minorities. The amendment proposed by Maheish Girri seeks to rectify this dangerous situation by bringing about uniformity in the applicability of such attempts to improve access to education.

Here is what Article 15(5) currently states (as a result of the 93rd Amendment):

This is what the Article 15 (5) would say if the Maheish Girri amendment bill is passed:

(5) Nothing in this article or in sub-clause (g) of clause (1) of article 19 shall prevent the State from making any special provision, by law, for the advancement of any socially and educationally backward classes of citizens or for the Scheduled Castes or the Scheduled Tribes in so far as such special provisions relate to their admission to educational institutions including private educational institutions, whether aided or unaided by the State.

A Comparison Between The Two

The statement of objects and reasons for the Maheish Girri amendment bill is quite clear (we hear, the initial draft was clearer) – “This (minority exemption) is clearly against the idea of equality…”. The UPA had inserted this exemption to please certain influential sections of its electoral coalition to the detriment of the majority. With the passage of the enabling act, the Right to Education (RTE) Act, 2009 and its implementation post 2012, the effects of such exemptions have begun to be seen.

Blogger and writer on legal issues, Hariprasad N took a look at the numbers in Bangalore and here is what he found:

However, there still exists the danger of minority educational institutions falling back on Article 30 to demand (through the courts) continued special protection from such obligations. Moreover, it is doubtful if the bill, in the current form, will muster the requisite political support, especially given the enormous lobbying powers of India’s biggest private education provider – the Catholic church. In our view, an amendment, which grants similar protection to Hindus, by extending protection provided by Article 30 to all religions, has a greater chance of seeing the light of the day. What shouldn't be ignored, however, is the enormous service Girri has done by opening up the debate on ‘equality before the law’ in the all-important field of education.

When we asked H V Rajeeva of the Pramati Group of Institutions, which fought a legal battle against the discriminatory regime all the way up to the Supreme Court, on what he thought about the proposed amendment, he stressed his complete support to such an effort by Girri, and explained that “there should be absolutely no disparity between the treatment of minority- and majority-run educational institutions by the law”.

It is interesting to note that Girri has consistently, but silently, made efforts to improve the education system in India. The bill was presented to the Parliament in 2016, but could only be tabled in the last session. He has also recently introduced a private member's bill to amend the RTE Act, seeking to limit the number of the instances where teachers are being deployed in non-educational activities and disaster relief. We can only hope that more MPs take up such issues that impact the future of the next generation of Indians.