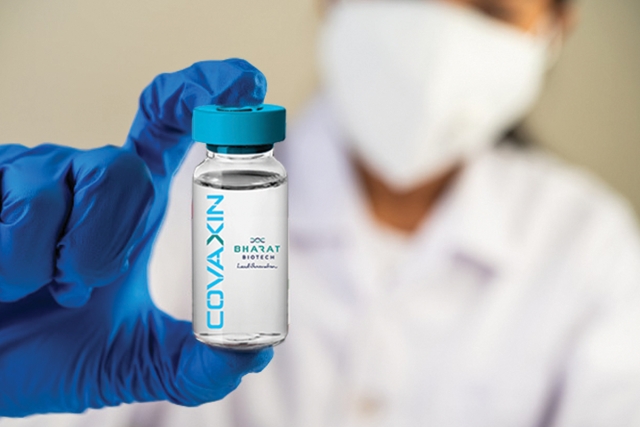 Covaxin, the ‘made in India’ vaccine to combat the Covid-19 pandemic being developed jointly by Bharat Biotech International Limited (BBIL) in collaboration with Indian Council of Medical Research (ICMR) and National Institute of Virology Pune (NIV) has shown great promise in the results published by the researchers of Phase-1 study.

“The vaccine induced antibody responses reported, were able to neutralize both homologous (vaccine virus strain) and heterologous (divergent) SARS-CoV-2 strains,” the researchers of the study said in a statement. “A Th1 biased T-cell response was observed. Local reactions and systemic events after immunization were generally mild in nature and resolved transiently. No serious (grade 3-4) adverse events were reported,” they added.

As per the authors of the preprint of the study (awaiting peer review), “this is the first inactivated SARS-CoV-2 vaccine that has been reported to induce a Th1-biased response.”

Inactivated virus vaccines (like India’s Covaxin or China’s Sinopharm and Sinovac) are developed from weakened viruses or viruses that have been killed by chemicals.

In Phase 1, scientists administer the vaccine to a small number of people to primarily test safety, dosage and to check the immune response. In Phase 2, vaccine is given to hundreds of people, to different groups of demographics to further test the safety. In Phase 3, thousands of people are enrolled for vaccine administration and the efficacy of the vaccine is tested by giving vaccine to one group and placebo to the rest. The idea is to see efficacy by comparing how the vaccine protects those who were given the vaccine in comparison to those who received placebo.

Covaxin came under fire recently when Haryana’s Health Minister Anil Vij who had volunteered to participate in its Phase-3 trials caught Covid-19 just two weeks after taking first dose of the vaccine. He tested positive on 5 December and his health has gone from bad to worse since then. Vij was first shifted to PGIMS Rohtak and then to Medanta Hospital in Gurgaon where he is currently in the ICU and is on oxygen support being treated for infection in lungs.

However, it’s not yet clear whether he received the actual dose or placebo because in the efficacy trials, only half the volunteers are administered the vaccine and rest are given placebo. Moreover, Vij had only got one shot and got hit by the novel coronavirus just before he was slated to receive the second dose.

The results of the Phase-1 trial of the Covaxin study claim that "all subjects who received the vaccine intramuscularly had significantly elevated Spike binding IgG antibodies and Neutralizing Antibody titers" two weeks after receiving the second dose.

The study’s results are a shot in the arm for the indigenous scientific capabilities of the country. Additionally, the success of the native vaccine candidate is crucial as it can be stored between 2°C and 8°C which is compatible with all national immunisation programme cold chain requirements. In that sense, it’s better for India than vaccines developed by Moderna or Pfizer which require storage at colder temperatures (-70 degree celsius in case of the latter).

Another remarkable aspect of the trial was that the follow-up visits were scheduled on days 7, 28, 42, 104, and 194 after the volunteers in the Covaxin trial received two doses, administered at a volume of 0.5 ml/dose via an injection into muscle on days 0 and 14. As per the preprint, "pain at the injection site was the most common local adverse event" and "local and systemic adverse events were predominantly mild or moderate in severity and resolved rapidly without any prescribed medication".

As far as immune response is concerned, the study states that "Anti-IgG titers (GMTs) to all epitopes (S1 protein, RBD, and N protein) increased rapidly after the administration of both doses".

In the whole phase, only one serious adverse event was reported. The participant who was vaccinated on 30 July reported fever and headache five days later and tested Covid-19 positive on 8 August. Though the symptoms were mild, he was admitted to hospital on 15 August due to relapsing fever.

“The participant had stable vitals (except body temperature) during hospitalization and did not require supplemental oxygen,” the preprint of the study says. He was discharged on 22 August after negative Covid-19 report.