Madhu Kishwar And Other Cases: Criminal Defamation Has No Place In A Free Society 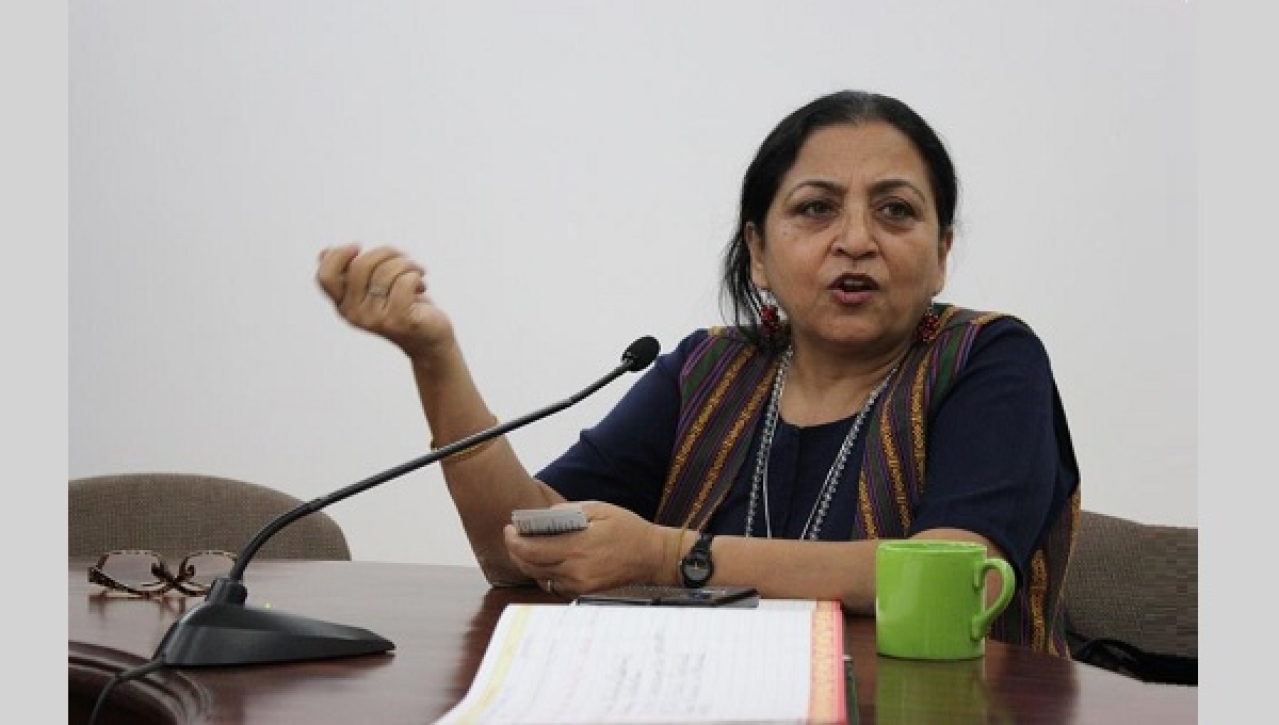 Another session of Parliament has passed by without any movement on attempts to decriminalise defamation, despite the fact that such a move would enjoy the support from politicians cutting across party lines. While lack of political momentum has doomed any hopes of legislative reform, we continue to see the repeated use of this law to infringe on the citizen’s freedom of expression. In the past few months, we have seen prominent journalists and activists such as Josy Joseph and Madhu Kishwar targeted using this law. A few weeks ago, a Hyderabad court sentenced five Dalit students to six months in prison under this law.

As reported by Swarajyamag.com, a Chief Judicial Magistrate court in Srinagar has filed charges of criminal defamation against academic Madhu Kishwar for her tweets about Rising Kashmir editor Shujaat Bukhari. The magazine believes that this is because the fear of militancy has crept into the judiciary and that Madhu Kishwar was simply accused of defamation without being able to defend her position. It is not clear that the magistrate's actions‎ follow sequentially from a fear of militancy. However, the fact is that criminal defamation follows exactly the same pattern everywhere in India, including outside Jammu and Kashmir. Nobody is asked to make statements or defend positions. One is simply summoned to court.

To my mind, the issue is not whether criminal defamation procedures ought to not apply in any one state, but whether they ought to be applied at all. Against anyone and in any state. The criminalisation of free speech is problematic at several levels.

Many politicians, journalists and civil society groups have called for an end to the colonial-era defamation law. Amnesty International India, in its submission to the Law Commission’s call for comments on its Consultation Paper on Media Law in 2014, recommended the repeal of Sections 499 and 500 of the Indian Penal Code and decriminalisation of defamation. It is imperative that to encourage healthy public debate, people should be able to express their opinions without the fear of prosecution.

Amnesty has also called for a reformation of the civil defamation process as this can also improperly restrict freedom of expression. Amnesty has recommended that the law on civil defamation be codified and that such a law should allow correction and apologies to be offered as remedies.

International human rights standards point in a similar direction. The UN Special Rapporteur on freedom of expression and opinion, who is an independent expert working within the UN human rights framework, has called for the abolition and repeal of all criminal defamation laws and if necessary replace them with civil defamation laws. However, on such civil defamation laws the Special Rapporteur has cautioned that, “civil sanctions for defamation should not be so large as to exert a chilling effect on freedom of expression and should be designed to restore the reputation harmed, not to compensate the plaintiff or to punish the defendant.”

The Supreme Court’s decision in May 2016 to uphold the defamation law was a major disappointment and many experts felt this would further threaten the right to freedom of expression - a fundamental right under the Indian Constitution which is so essential for any thriving democracy.

Expressing dismay over this ruling, noted jurist AG Noorani called for the decriminalisation of defamation in line with practice in other dynamic democracies of the world. He also warned that, “Criminal defamation is inherently tilted in favour of the state, big business and powerful persons and against the citizen; especially the media.”

Biju Janata Dal MP Tathagata Satpathy launched a campaign in September to abolish criminal defamation. He called for a public consultation on this issue and seemingly got a good response. While private member bills are unlikely to become laws, perhaps such an initiative could be a starting point for some bipartisan legislative support that would bolster freedom of expression in India rather than threaten it.