Making A Difference: Champions Who Gave A Hand To The Subaltern Cause 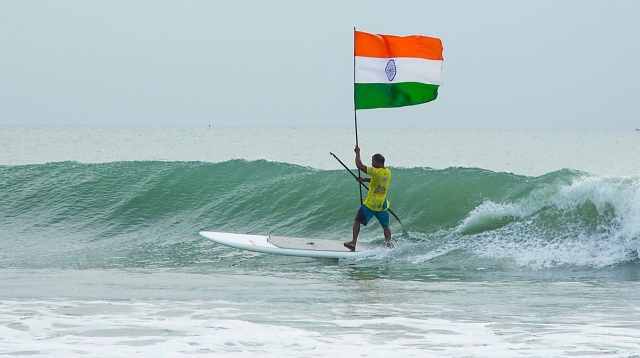 TNYTF installed the Ramanujacharya – Ambedkar Awards last year in memory of Sri Ramanujacharya and Dr B R Ambedkar. Its objective is to honour the contributions of those who played a meaningful role in the lives of members of the subaltern and disadvantaged communities from across Tamil Nadu.

The nominees, who will be conferred the awards at a ceremony in Trichy today (16 April), earlier spoke to Swarajya on how they overcame challenges and persisted with their objectives to make a difference.

Late parliamentarian and freedom fighter, P Kakkan is an austere and straightforward politician, who “politely refused to accept a golden pen gifted to him by a Malaysian minister”, recalls his son, Pakkyanathan. Some of the exemplary achievements of Kakkan, who served as home minister, agriculture minister and as member of the Constituent Assembly, was the construction of the Mettur and Vaigai reservoirs.

A close associate of K Kamaraj, Kakkan formed the Harijan Seva Sangh and worked for the upliftment of the marginalised community. Kakkan who practised straightforward politics earned the title karaipadiyatha karangal or ‘clean hands’ for his admirable honesty.

Dr Uma Devi invented the ‘universal potentiator’ after 14 years of research. The potentiator is a concentrated solution that enhances the potency of a material, thereby prolonging its life and use. Uma Devi, who is a PhD in botany and teaches at the Standard Fireworks Rajaratnam College of Women in Sivakasi, explains: “This product increases the performance capacity of any substance made of atoms. It serves two segments – health and food, and chemical applications like, for instance, petrol and LPG.”

A few quick sprays of the solution on the product does the trick.

For instance, the potentiator will increase fuel performance by 60 per cent if the petrol is sprayed upon with this solution, she says.

About 14 variations/types of this product have been developed, for which four patents have been applied, said Devi.

She said the Siddha drug manufacturing licence has been obtained for this product from the state drug licensing authority.

“Its applications are broader than we think,” says Uma Devi, whose father, Dr T Umakanthan encouraged her to take up research that will benefit lives - plant and animal, alike. Dr Umakanthan is deputy director, animal disease intelligence unit at Virudhunagar.

The potentiator benefits all – from humans and animals to plants.”

“Its application is being explored in cancer research,” said Uma Devi, adding, “the invention has a revolutionary potential.”

Citing an interesting example, she explained how the potentiator was put to use on dogs at a shelter in the Dindigul district. The shelter, which is home to 500 injured and abandoned dogs, is short of funds, and the potentiator has worked miracles in healing the animals and cutting costs.

Uma Devi, who hails from Virudhunagar, has authored several research articles, the most prominent among them being ‘Recent Technologies in Crop Improvement’.

Murthy Megavan, a son of a fisherman, runs Covelong Point, a chosen destination of surfing enthusiasts from all over the world. The surfing school in the coastal town of Chennai’s Kovalam has trained more than 6,000 students from all over the world. Megavan teaches surfing to children of the local community free of charge and supports all the related expenses. Covelong Point propagates a no smoking, no drugs, and no alcohol policy to encourage clean and healthy sporting habits.

A Class V1 dropout, Murthy Megavan says he learnt to ride the rolling waves on his own without knowinghe was surfing. “I used to toss away my schoolbag, and with the help of a plank of wood, played with the waves for many years as a child.”

While the plank of wood served as the surfing board, Megavan used a docking rope as the surf rope and the beach sand (for grip) as surf board wax.

The journey of this amateur surfer armed with the all the crude surfing accessories, took a turn when he met Israeli sound engineer surfer and musician Yothamagam, who was visiting Kovalam. “Yothamagam lent his surfing board without any hesitation for 20 minutes, when I asked him, and from then on was part of my surfing dream,” said Murthy Megavan, adding, “It wouId have been a lost opportunity if I hadn’t walked up to him and asked for the board, and I still recall his help with gratitude.”

Impressed with the self-taught surfer, Yothamagam, helped raise funds through his LAYA music project and gifted 30 surfing boards to the school.

Help came in the form of T T K Group’s Arun Vasu, a water sport enthusiast, who agreed to sponsor the school’s expenses for a year, but has continued his support unconditionally, said Megavan, who served for eight years at The Banyan, a Chennai-based NGO that took care of mentally challenged women.

Covelong Point, which teaches scuba diving, stand-up pedalling, kayaking and wind surfing besides surfing, is arguably the first surfing village of India that has international acclaim. “My life is built around the waves, and the waves roll so perfectly, here, in Kovalam that even a beginner takes to surfing with ease.”

Football coach S Mariappan has trained a group girls who have represented India in international tournaments like South-East Asian Games and Asian Games and returned with medals. A headmaster from the coastal district of Cuddalore, Mariappan took 33 girls from the fisherfolk community under his wing and helped them rebuild their lives and climbing great heights with the game of football. The girls survived poverty, desertion and even the 2004 tsunami before they mastered the game under the watchful eye of Mariappan or Mari anna, as he was endearingly called.

“I used to train boys, and the girls were watching us play on the grounds from across their hostel window. One day, the Class VII students approached me and asked if I can teach them too, said Mariappan.

The rest is history.

“It’s amazing that the girls mastered the nuances of the game in two to three months, while the boys took almost a year.”

The little girls who Mariappan took under his care are now members of the Indira Gandhi Academy for Sports and Education (IGAS) pursuing master’s degrees, MPhils and PhDs, while playing football and regularly participating in national tournaments – all with the total support of Mariappan and his family.

During the earlier days, Mariappan used his entire salary to keep the football training afloat, and later invested his pension benefits in the academy. Former bank employee S Manikandan, who is now IGAS president, “shouldered some responsibility for generating funds during this 45-year association,” says Mariappan.

Mariappan has trained 700 students in football and began his coaching at a government school in Kumbakonam which he had to first release from the clutches of rowdyism and truancy. “I introduced football in the school and everything else fell in place – from discipline to attendance.”

Sports can do wonders with the future of a child, according to Mariappan.

An NGO director Julie May George supported the school with finances when it started falling apart not just because of funds shortage, but also due to rift within the community.

Narikuravars, especially the women (kurathi) of the community are primarily soothsayers and sell beaded ornaments for a livelihood. So their sense of colour and craft blossomed into Chidiya in 2008, a centre for empowering women. Founder and executive director of US-based nonprofit orgainsation, Nest, was instrumental in setting up the network.

“Now my single-minded mission is to re-establish and strengthen the school my late father founded, and continue his mission,” says Suvetha Mahendiran.

S Shekar is an auto driver from Chennai who pursued his passion for silambam, an ancient martial art of Tamil Nadu. Since then he has been passionately training children of the downtrodden and marginalised communities for 18 years for free. Around 700 students have trained under Shekar, some of who are now serving the police and the government and are practising law.

“Silambam conditions every part of the body, especially the fingers, with which one has to nimbly rotate the stick,” says Shekar.

He has trained around 20 girls, and says that the five-and-a-half-feet stick can keep several opponents at bay.

Since the weapon is not pocket size, one may not mostly carry it, so surul (three-bladed leaf) or a whip comes in handy (works on the silambam stick principle) while heading off an attack, said Shekar.