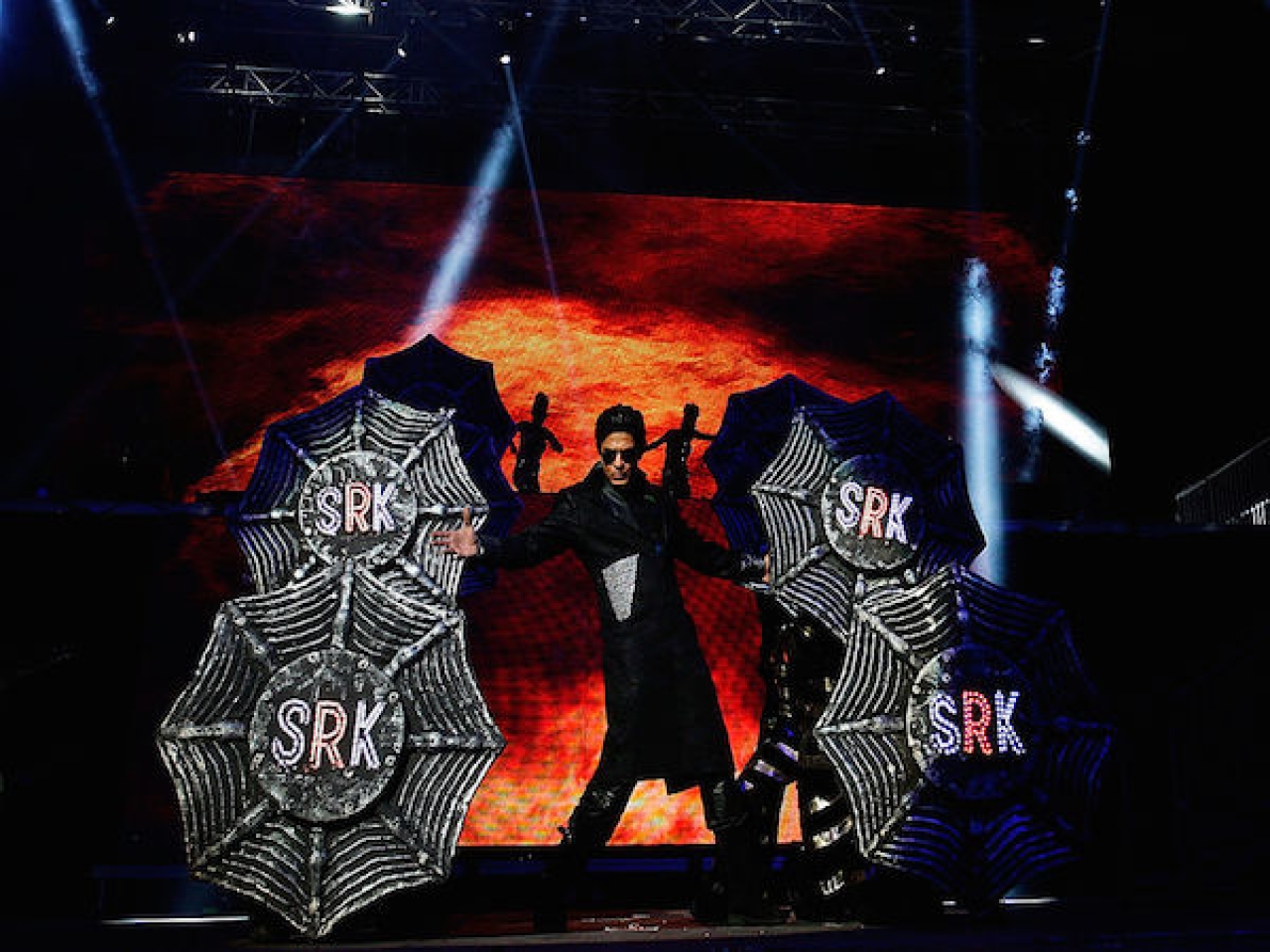 Look around at the leading men and women that dot the landscape of popular Hindi cinema and you’d notice how the era of superstars, as we once knew it, is slowly coming to an end. At one end of the spectrum, the younger stars like Ranbir Kapoor or Shahid Kapoor can barely guarantee a hit just on their name; the other end has the troika of the Khans, Akshay Kumar and Ajay Devgn whose clout only becomes bigger as they age. A Salman Khan and an Akshay Kumar still appear more newsworthy and more ‘googled’ than the entire gamut of younger stars put together. Perhaps this is the reason why the last generation of Hindi film superstars refuses to move on and, moreover, the press still holds them in a more venerated position than the next generation.

There is a symbiotic relationship between the manner in which the media fuels the stardom of these superstars- Aamir Khan, Salman Khan, Shah Rukh Khan, Akshay Kumar and Ajay Devgn- and the manner in which they continue to thrive even after two and a half decades in the trade. While this longevity has resulted in the increase in the age of the top male stars, who have touched 50 but show no signs of giving up on playing the lead, in the traditional sense of the word- it has also resulted in shortening the careers of their female counterparts.

When compared to an Ashok Kumar, who moved on from playing the lead when he was 40 years old, or Dilip Kumar who continued playing the leading man till he was 54 or Amitabh Bachchan, who played the hero till he was 57; the stardom of the Khans, Kumar and Devgn is not only intact but grows stronger with the passage of time. This quintet has also seen four different generations of heroines come and go in front of their eyes.

While Salman or Shah Rukh can still play ‘young’ men, the likes of Madhuri Dixit and Juhi Chawla- the top leading ladies, when they began their careers- have been relegated to character, or what we call ‘mature roles’ in India. Akshay Kumar and Ajay Devgn are paired with younger heroines, the latest being Sayyeshaa Saigal- born in 1997. She is the daughter of Saira Banu’s niece Shaheen and one-time 1980s actor Sumeet Saigal, who features opposite Devgn in ‘Shivaay’. Their one-time co-stars like Raveena Tandon, Aishwarya Rai, Karishma Kapoor, Kajol, Rani Mukherjee, Kareena Kapoor and Preity Zinta can’t even land a half-way decent role.

One could argue that there’s nothing wrong for the present-day Hindi film superstars to try and remain ageless, as long as the fans are showing up and newer ones keep getting added every year. After all, filmmaking is a business. No one can blame filmmakers for investing crores of rupees in Salman Khan and Aamir Khan, as opposed to a Shahid Kapoor or Varun Dhawan- when the former stars can guarantee a profit.

But the biggest fallout in this fascination is the way that top stars have started treating their films as the best PR tool to publicise themselves and maintaining this publicity, according to their level of stardom. In spite of being the generation that did more television commercials than their predecessors, hosted TV shows and conducted press conferences at the drop of a hat; they seem to be more pre-occupied with their stardom than other people are.

In earlier times, stars rarely used films to make personal statements unless the purpose was very clear. When M.G. Ramachandran (popularly known as MGR) decided to challenge M. Karunanidhi’s DMK by launching the breakaway AIADMK, he used his superstardom to mobilise the production of films. Films like ‘Netru Indru Naalai’ (1974), ‘Idhayakani’ (1975) and ‘Indru Pol Endrum Vazhga’ (1977) showcased him as a man of principles and one who would stand up for what was right. Similarly, in hindsight, Amitabh Bachchan’s ‘Inquilaab’ (1984) appears as a conscious ploy to amplify his political ambitions, and even though it was a remake of the Kannada film ‘Chakravyuha’ (1983), the timing doesn’t leave much to doubt.

Comparatively, today’s superstars seem to have mandated their roles to be a declaration of sorts of their persona. The style in which stars like Aamir Khan, Salman Khan, Shah Rukh Khan, Akshay Kumar and Ajay Devgn seem to be using their films as an extension of their off-screen persona, is also the first time that Hindi cinema is witnessing a near-unwillingness on the part of the major stars to look beyond the template.

Notice the almost redundant, missing heroines from ‘Wanted’ (2009), ‘Dabangg’ (2010), ‘Bajrangi Bhaijaan’ (2015) in the films of eternal bachelor Salman Khan or the heightening of the renegade persona that Devgn displays in real life via reel appearances in the ‘Golmaal’ and ‘Singham’ franchises. Another case is the furthering of Aamir Khan’s somewhat elder, conscientious voice of reason in his roles in ‘Rang De Basanti’ (2006), ‘Taare Zameen Par’ (2007), ‘3 Idiots’ (2009) and the soon to be released ‘Dangal’ (2016). Aamir Khan plays real-life wrestler Mahavir Singh Phogat, who taught wrestling to his daughters Babita Kumari and Geeta Phogat.

The last time such a phenomenon happened it was outside of Hindi cinema. Telugu superstar N.T. Rama Rao (NTR) produced, directed and featured as the lead in ‘Srimadvirat Veerabrahmendra Swami Charitra’ (1984), weeks after he relinquished office as the Chief Minister of Andhra Pradesh. NTR portrayed a Telugu saint, Pothuluru Veerabrahmendra, as well as Gautama Buddha and Aadi Shankaracharya to remind people to vote for him. Later, NTR did the same with ‘Brahmashri Vishwamitra’ (1991) and ‘Major Chandrakanth’ (1993), between his second and third terms as Chief Minister, to cement his reputation as a leader.

With the increasing shelf life of the prime male stars, it is ironic that the opposite is happening with the famous leading ladies in Hindi cinema. Today, the roles for a heroine might be far more enriching (‘Queen’, ‘Bobby Jasoos’, ‘Mary Kom’, ‘Revolver Rani’) than ever before but unfortunately, the duration of their careers is only getting shorter as the years pass by.

Very few manage to become like Tabu, who can rise above the trappings of a conventional character role- she was offered the role of the mother to Shahid Kapoor in ‘Haider’ (2014). There’s nothing surprising about the way heroines in modern Hindi cinema are shunted after a certain age, but this agelessness of the top male stars is making it worse. If a Sridevi had a decade and a half as the leading lady, the generation of Juhi Chawla and Madhuri had just about a decade. The generation that followed-Raveena Tandon, Aishwarya Rai, Karishma Kapoor-and the one after that, consisting of Rani Mukherjee, Kareena Kapoor and Preity Zinta, had even short runs.

A good thing shouldn’t end, but the simple truth is something else. Although there’s a lot of acting left in the Khans, the Devgns and the Kumars- it shouldn’t come at such a significant cost. The fans are more than willing to see their favourite stars do something new and while they may be ready, the actors seem to be taking a while in coming around.

When asked if he’d be keen on the subject of a ‘mature romance’, Shah Rukh Khan said that the audience would like to seem him and Kajol in such a film. He could have mentioned a Madhuri or a Juhi, but at least this is some start. After all, one of Khan’s upcoming films briefly features him romancing Alia Bhatt.