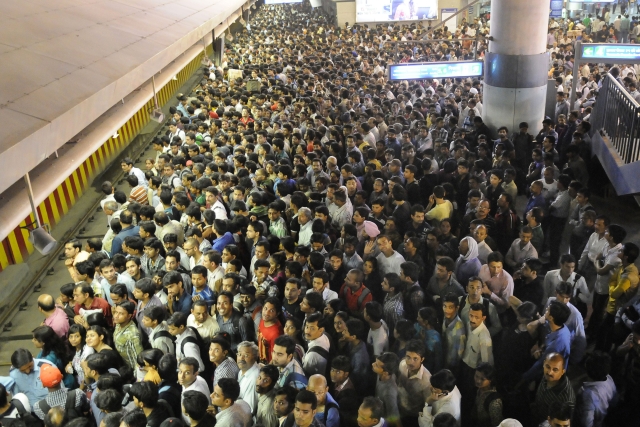 Last Saturday (12 December), the Ministry of Health and Family Welfare released its first set of findings of the fifth edition of National Family Health Survey (NFHS), four years after the previous edition came out in 2015-16.

NHFS are important surveys for the government as they provide a comprehensive picture of the various health indicators on Indian families.

This helps the government in framing better policies or reorienting old ones to respond to changing realities on the ground.

In the latest survey, 22 states and Union territories have been covered and they provide a robust data on family health and welfare in these areas.

Though one can draw many insights from the overall survey, my focus in this piece is limited to only one indicator — total fertility rate (TFR), which tells us how many children women are having on an average.

The data shows that across the country, TFR has decreased over the last four years and barring a few states, it is now well below the replacement rate of 2.1.

Replacement level fertility rate of 2.1 as set by the United Nations population division basically means that at this rate, each generation will exactly replace itself. If rate falls and sustains below the 2.1 rate, then population will start declining.

Below is the TFR data on 18 states (including the Jammu and Kashmir union territory) from the latest NFHS.

As Hindus are slated to become a minority in Kerala (population below 50 per cent of overall population) in the 2021 census, this increase in TFR is going to raise an important issue between TFR differentials between Hindus and Muslims.

The only two states (apart from Bihar) in the survey which have fertility rates above the replacement rate of 2.1 are Manipur and Meghalaya. The latter is a Christian majority state and the former is slated to become one in the 2021 census.

However, the biggest drop in TFR (of 1 point) has been observed in Nagaland, another Christian majority state, where TFR has declined from 2.7 to 1.7 in just four years.

Bihar has the highest TFR among all, but it has improved from a TFR of 3.4 in 2015-16 to 3 In 2019-20. If this sustains, which is likely to, given the rise in education and employment of women, then Bihar is also likely to see a TFR below the replacement rate.

This data on NFHS shows that there is absolutely no need for a national population control law, an idea enthusiastically supported by some leaders and supporters of the Bharatiya Janata Party.

In 2018, around 125 parliamentarians wrote to the President requesting strict implementation of the two child norm. BJP leader Ashwani Kumar Upadhyay filed a PIL in a Delhi court regarding the same, but it was dismissed. He then moved the Supreme Court.

In February this year, Shiv Sena MP Anil Desai introduced a private member’s bill, which proposed to amend the Constitution so as to make “promoting small family units“ as a constitutional duty of the State.

In March, senior Congress leader Abhishek Manu Singhvi also introduced a bill to enforce a two-child norm across the country. A few days back, BJP MP Anil Aggarwal shot off a letter to Prime Minister Narendra Modi urging him to table a bill to check population explosion, in the next session of Parliament.

There seems to be increased enthusiasm regarding controlling population via a law in Hindutva circles since PM Modi talked about it in his Independence Day speech last year.

Modi had termed the decision of having a small family to nothing short of an act of patriotism and exhorted people to check the increase in population in their families so that each individual can be well provided for.

A few months after the speech, The Sunday Guardian reported that the Central government had initiated the work to enact a legislation to check population explosion and engaged services of an NGO to carry out preliminary surveys.

When TFR in most states is well below the replacement rate and falling quickly even in states like Bihar, the talk of a law to control population is absurd.

Society is getting a grip on population growth quite well on its own.

Of course, the demographic anxiety of the Hindu community lies not in reducing the overall population, but the growth differential between Hindu and Muslim populations.

The gap is expected to be even narrower in 2021 census. But that doesn’t mean that nothing should be done on this front. The gap in TFR between the two communities may be low on a national scale, but in some states, this difference is large (2.6 in Haryana, 1.4 in Assam, 0.8 in Kerala, etc).

The strategy, therefore, has to be states-based. In fact, a district-based strategy would be even better. The results could be achieved quickly as the government’s efforts can be concentrated on only certain areas and chances of polarisation will be less.