National Green Tribunal Versus The Art Of Living: A Case Of Environmentalism Or Selective Reporting? 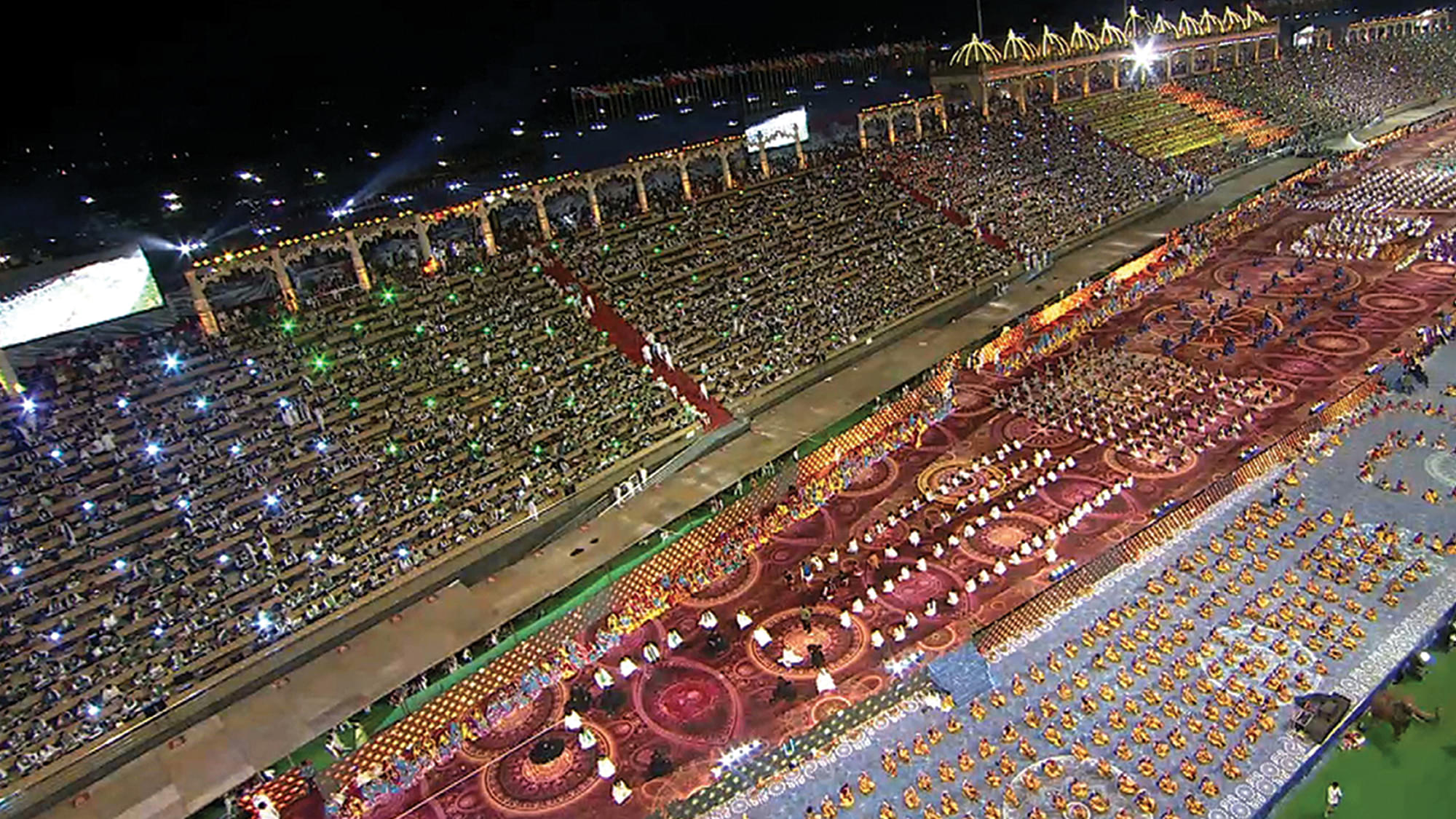 The World Culture Festival on the banks of Yamuna.

The Art of Living Foundation is in the news once again for all the wrong reasons, and the centre of this controversy, no prizes for guessing it right, is the National Green Tribunal (NGT). The NGT continues to hold on to its allegation of irreparable damage to the floodplains of Yamuna by the Art of Living (AOL), which organised the World Culture Festival there last year. Claims and counterclaims also prevail on the NGT recently holding Art of Living founder Sri Sri Ravi Shankar ‘irresponsible’ for his latest remarks on these damage accusations.

The latest reports on the contempt notice having been issued by the NGT to AOL have been vehemently refuted by the organisation which has called such reports baseless and factually incorrect. To prove the validity of its statement, AOL has invited the media to produce the order based on which the report was published.

These developments were further to the expert committee in its latest report climbing down from its earlier claim of Rs 120 crore worth of damage to Rs 13.29 crore, and from that of permanent damage to now contending that it will take 10 years to restore the floodplains to its former “pristine” state.

Interesting indeed, especially when the whole set of claims and revised claims and hoarse cries of damage that was assessed without a scientific basis is viewed in totality. Even more interesting is the expert committee’s revised report reaching the media before the concerned party received it.

The chairperson of the expert committee, Shashi Shekhar, had earlier in a letter dated 3 March 2016 stated that the Rs 120 crore assessed by the panel was tentative and the figure emerged as a spontaneous suggestion and was not based on any scientific assessment. He further requests the NGT, in that letter, to consider the figure as a recommendation rather than an ad-hoc figure for the cost of restoration since it had no scientific basis.

Incidentally, the recently revised estimates came about because the expert committee was asked to reassess the damage as the earlier assessment was unscientific and based on a cursory visual appraisal of the floodplains by a few individuals. Yet, the latest estimates, which put the cost at Rs 42 crore to revive the entire area, have once again been drawn up without scientific assessment, methodology, data or tests.

What is more striking is the committee’s statement in this recent report that these numbers are not accurate and further study is required; leaving room for further downward revisions if cries of foul play get too loud and claims of malicious intent were actually proved.

AOL, not surprisingly, has called the report biased and the committee to have malafide intentions, the objective being to malign the organisation. AOL has repeatedly been calling for an unbiased scientific approach and analysis and refers to the satellite images as proof of no damage caused to the floodplains.

Given the ground realities, it makes sense to assess the whole episode from a neutral angle, laying the facts bare.

The main contention of the committee is that the entire floodplain used for the event, spanning up to the Delhi Noida Direct (DND) flyover and the Barapullah drain, has been completely destroyed, not just damaged.

According to them, the ground was totally levelled, compacted and hardened and is now totally devoid of water bodies or depressions and completely barren. It further claims that a different kind of external material was used to level the ground and compress it.

A peek into the satellite images of the concerned land parcel indicates these to be farm lands and the area under contention as flat land and not a floodplain. Records based on the Survey of India dating back to 1985 show that there is no landlocked water body on this, no depression on this land, the topography showing it to be a perfect flat land.

Incidentally, this land, besides farming, was also used unofficially to learn driving heavy vehicles, given its flat topography. It was also used earlier as machinery yard for the DND flyover construction work.

According to Chartered Environmental Consultant, Rakesh Ranjan, this particular land parcel is a sandy deposit which is by character very flat with uniform grains and well-sorted sediments that afford high porosity and permeability. “Unfortunately the crops grown on this land have been identified as wetland vegetation which is misleading,” he argues.

As for the two roads which are the point of contention, one in the north and the other in the south, Ranjan states that these roads have existed for decades. “The Southern road running parallel to the DND flyway was constructed prior to the year 2000 for maintenance work and movement of equipment as well as an approach to the flyway while under construction. When the DND flyway was constructed, the Barapullah drain was straightened and merged into the Yamuna, and for movement of equipment, the northern road was constructed running parallel to this drain. This has again been there for decades.”

Incidentally, other permanent structures, apart from the DND flyover, that stand on the same floodplains have been there for years. Be it the Commonwealth Games village, the unauthorised housing along the Kalindi Bypass or the Batla House, no objections have been raised against any of their presence over the years; no environmental damage has been claimed and no fines slapped. But the three-day festival of AOL with its temporary structures and a floating stage has certainly raised a hue and cry with allegations and counter allegations filling the media.

An important point that needs to be noted here is the fact that AOL received all the clearances and permission before going ahead with the festival and that the questions of environmental damage were raised and fines slapped after having given all the clearances.

Another notable factor is the condition of the Barapullah drain, and the unbearable stench emanating from it before the festival, which AOL proceeded to clean using a method called Bioremediation that involves the use of microorganisms to digest stench causing bacteria. Needless to say, this act too invited plenty of flak of having destroyed the drain and the floodplains.

Is this a case of environmentalists being conveniently two-faced or is it a deliberate attempt to malign a particular organisation? It is time for some unbiased reporting from media houses to lay the facts bare.