Omicron Is Behaving More Rationally Than Politicians And Media, Who Are Part Of The Problem 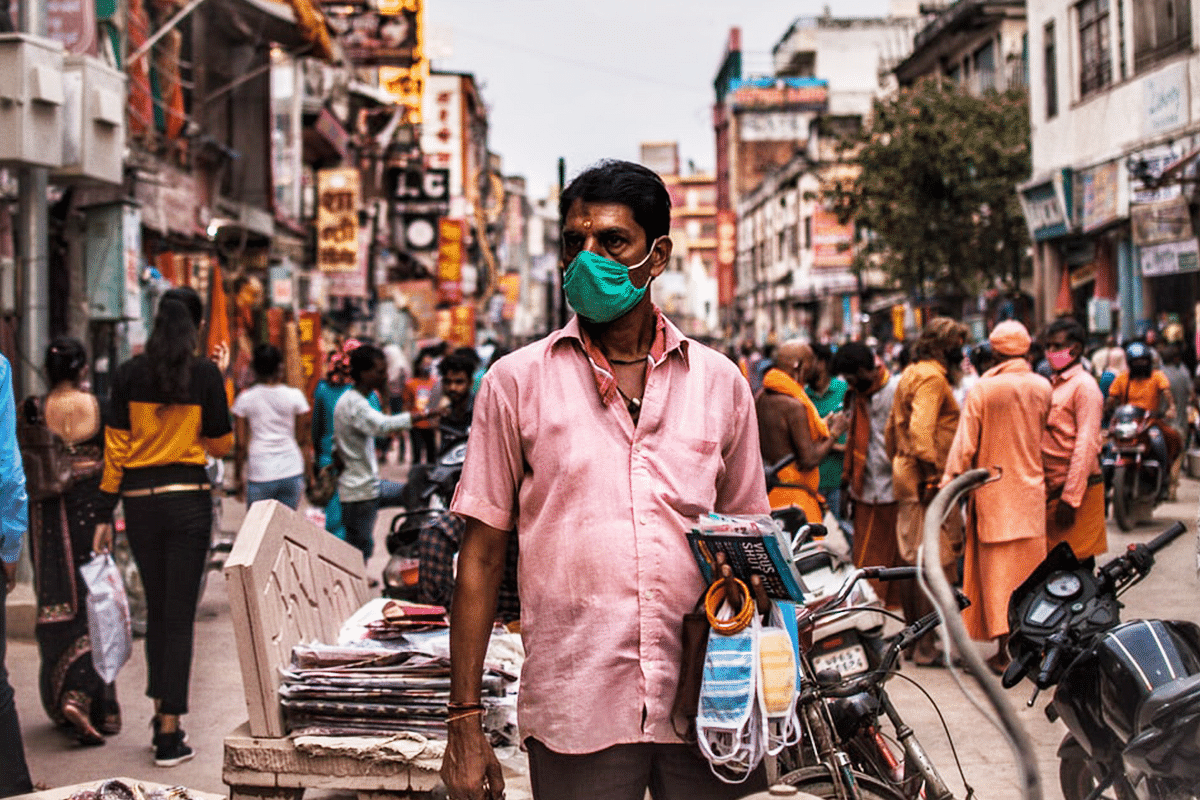 The rapid spike in Omicron cases around the world and in India – we had a 10-fold spike over the last week in new cases and things will worsen for sure in the coming weeks – is likely to be mishandled once more, thanks to politicians and the media. This is true not only of India, but the whole world.

After two waves in India (we are into a massive third one now) and many more in the US, western Europe and large parts of Asia, three things should be apparent: (1) this virus is not going to be defeated by political posturing and virtue-signalling; (2) or endless administration of vaccines to entire populations; (3) or repeated economic closures of cities and businesses.

This should be apparent for many reasons.

First, no healthcare system can be economically bankrolled if policies are being driven by fear of death and disease. The economic costs are already beginning to outweigh the costs of allowing human immune systems to cope with this new threat by trial and error. Just as viruses can mutate, human immune systems can also learn to fight back and become tougher. This cannot be said openly by politicians, for they are scared of being blamed for every unfortunate death, and prefer to do the wrong things, as long as they are seen to be doing something.

Two, vaccines developed in a hurry and with inadequate testing for safety may seem to be helpful and part of the solution, but the reality is we cannot know whether the new-fangled mRNA vaccines (and many others now in the works) are doing more damage than good to human immune systems. We don’t know the long-term side-effects of asking entire populations to subject themselves to these interventions for years on end. Normal vaccine development cycles and oversight have been sacrificed this time, and the fact that there are huge pharmaceutical interests that would like the pandemic to continue does not help.

The relentless media coverage and scare-mongering panders to these pharma interests indirectly, for this pushes politicians to take risks with vaccines and lockdowns that normally would not have been approved or which cause widespread economic carnage. It is interesting that one of the safest vaccines, Bharat Biotech’s Covaxin, which is a traditional and time-tested approach to vaccines, has faced endless negative propaganda from people who should know better.

24/7 TV channels that have to constantly seek eyeballs, with their focus on daily covid spikes and fantasy coverage of new miracle vaccines and cures, have now become part of the problem.

Three, the constant political attacks on governments, and holding them responsible for every unfortunate death, is making policy-responses extreme and, possibly, wrong-headed too. The real-time demand for instant solutions gives policy-makers no breathing room to sit back, analyse the problem, work out the costs and benefits of specific policy interventions, and then do the right thing.

If anything, the virus is behaving more responsibly than politicians and the media, as it has realised that people and policy-makers react irrationally to fear of the virus, and it seems to have mutated itself to the point where humans can be less scared of it and adopt a policy of live and let live. Omicron is evidence of this inadvertent evolutionary mutation, though it would be foolish to pretend that we no longer have another deadly virus to contend with.

Four, there is also a human limit to how much we can force millions of people to mask themselves, wash hands frequently, and keep safe distances from other people. This goes against the basics of human nature. We don’t know how wearing tight masks for long periods of time will affect the lungs if fibres from cloth or surgical masks are constantly used to block the virus.

We don’t know what the frequent washing of hands will do to skin health. We don’t know if humans can stop being social animals that they have been so far. If they have to become anti-social, how long will the world survive this rise in anti-sociability? The list of ill-understood future problems is a cost we have not even begun to count.

The simple reality that no one wants to acknowledge is this: we cannot defeat the virus by endlessly hiding from it in safe zones, nor can we assume that the WMD (weapons of mass destruction) that we have invented in the form of under-tested vaccines will not do more harm than good.

The best and most reasonable policy for most governments to follow is to focus on vaccinating the most vulnerable, and letting the others develop natural immunities that will last longer. This has short-term costs – as more people may die or suffer hospitalisation in the short term – but it will prevent the massive costs in lives and livelihoods that we are not accounting for.

The destruction of basic human impulses and the debasement of our body’s ability to naturally deal with threats like Covid is not something to wish for. And destroying the entire economy to save lives is hardly the kind of cost any poor country can incur without causing social collapse and mayhem.

We need to pull back from the madness involved in calling for repeated vaccinations of the already vaccinated, frequent resorts to movement and supply chain curbs, and limitless use of (printed) public money to serve dubious ends and interests.

Humans being have the capacity to fight back, if only politicians and the will media stop crippling their capacity to do so with false narratives and promises of instant solutions to a difficult problem that afflicts us all.