Pakistan Isn’t The Problem, It’s Us. We Must Be In Attack Mode, Not Reactive 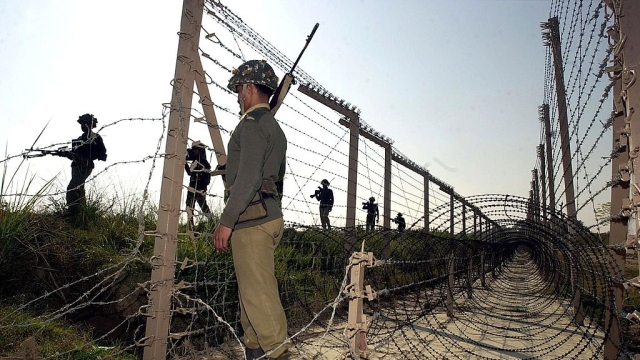 Why do we always act surprised and outraged whenever Pakistan’s rogue army does its usual job of insulting our dead jawans after a firefight, as it did two days ago by mutilating their bodies after a cross-border raid by their Border Action Team?

Once upon a time the outrage was needed to justify our own retaliatory action. Not any more. Pakistan’s army has been indulging in deliberate acts of provocation, and the watchword should not be retaliation, but unilateral attacks on our part – as long as it stays below the threshold of war. But we should not fear war itself. It is time to abandon defence, and embrace offence. We should leave it to that rogue nation to respond to our actions – and be ready with twice the firepower when that happens.

The surprise too was unwarranted. When it was widely reported that industrialist Sajjan Jindal was closeted with Pakistan Prime Minister Nawaz Sharif in what was interpreted as a track-2 attempt to resume official-level talks, a Pakistani army outrage was always on the cards. The Pakistani army does not like politicians acting on India policy, which it believes is its prerogative. So they went about doing what they always do: sabotage any possibility of talks and ruin the atmosphere.

If the Indian missive to the Pakistani Prime Minister was done deliberately to check what the army would do, we need not have bothered. This has been the Pakistani army’s Pavolvian response to any Indian overture to get talks going.

It is also possible that the talks were aimed at sending a message to Kashmiris in the valley, give the Chief Minister a reason to stay firm with the jihadis, and reduce the need for the army to take tougher measures against increasingly violent protesters. But if this was the aim, the Pakistani army would have been even more resolute in scuttling any prospects of peace in the state. They believe that the violence in Kashmir Valley is going according to plan, and thus needs to be escalated, not de-escalated. The last thing they want is Nawaz Sharif trying to do another deal with India.

The problem is not Pakistan, but us. And the “us” includes the Supreme Court, which last week asked for FIRs to be filed in the event of encounter deaths, even in areas where AFSPA is in force. In effect, the Supreme Court is nullifying the Armed Forces Special Powers Act (AFSPA) law through the backdoor, unmindful of its impact on the morale of the army in a difficult situation. The Supreme Court cannot make new laws around the AFSPA, when the whole purpose of the law was to enable the armed forces to operate without fear in terror-afflicted zones, when the ground situation in Kashmir Valley is getting worse by the day. It has just made it easier for local trouble-makers to turn every encounter into a cause celebre and provide further justification for more violence against the armed forces.

There are three things we need to understand about Pakistan’s growing belligerence in Jammu & Kashmir, and why it is growing in intensity.

First, it has realised that the world is not going to do anything about the terrorism it promotes, especially if it involves J&K. Reason: the big powers are all caught up in their own narrow isolations. The US under Donald Trump has no clue what it is going to do in the world’s trouble-spots, even those infected by Pakistani-origin terrorism. The Russians under Vladimir Putin have joined the Chinese camp for now, and with India looking at Israel and the US for its larger defence needs, Russia is not any more our long-term friend. As for the Chinese, they are the ones egging on Pakistan to help cut our ambitions down to size. The Europeans, who are grappling with terrorism and economic crisis, are incapable of providing any moral support to anyone.

Put simply, the world is in the midst of a period of global isolationism, where each country is looking to safeguard its own interests, and not the wider peace.

Second, given the above scenario, Pakistan knows that it is no longer isolated. India’s old-style diplomacy is no longer effective in a world where old alliances have broken down, and every major power is a ‘frenemy’. Even an Israel today cannot count on unstinting US support, so how can India do so? In fact, every major power is a frenemy – partly interested in peace and economic gain, but partly driven by its own insecurities. A multi-polar world where even the major powers are insecure can never be stable, and alliances can shift with the weather. It calls for a completely different kind of diplomacy, where the key is the ability to fight for your own cause, and build alliances of conveniences where one’s own power is not enough.

Take the case of the US. We believed we were giving up old friend Russia to align partly with the sole superpower of the 21st century, but this is not the reality. The US is a frenemy even in commerce, where it is trying to force our software companies from doing good business in North America. Even in the fight against terrorism, it is going to be less helpful to us as it is looking to see how it can reduce the threat to its own mainland and Americans. Its influence with Pakistan is waning, and that rogue nation knows that the US needs it for its own anti-terror battles.

In South Asia, the US wants to disengage from Afghanistan as soon as possible, even if it means sacrificing Indian interests and encouraging the Taliban to take over, enabling Pakistan to focus the full force of its terrorists against us. The US is not interested in staying on any longer in Afghanistan, as it has shifted focus to Russia and Syria as its main concerns. As Vikram Sood points out in this superb analysis, Pakistan has been successful in selling the idea of talks with the Taliban to Russia, China and Iran, who seem willing to bite in pursuit of their own narrow interests. So it may only be a matter of time before the US itself accepts some deal with the Taliban to allow it to leave Afghanistan – leaving both the elected Afghan government and India to face the Pakistan-propped Taliban. Is this scenario, the only way India can cover its flanks is by increasing its own military involvement in Afghanistan – so that we can not only help the government there, but threaten Pakistan from the West.

As for the other frenemies, China is happy to let Pakistan do its dirty work of destabilising us, and Russia is not in any position to balance the picture given our own decision to shift our defence preferences towards Israel and the US. Even if we buy more from the Russians, they are in no position to neutralise the China-Pakistan pressure on us.

Third, Pakistan knows our weaknesses as a people and a democracy. Under both the United Progressive Alliance and now the National Democratic Alliance, we have failed to evolve a coherent policy to upgrade our defences and undertake a strategic view of the world around us. The Prime Minister’s energetic diplomacy of 2014 and 2015, when he was globe-trotting a lot of the time and pumping hands with world leaders, is now almost irrelevant in a global scenario of isolationism where even the big powers are thinking only about their own narrow interests.

The US is hardly engaging Europe or Japan, and the Russians are on their own trip, seeking to reinforce their old superpower status by flexing their muscles in former Soviet republics. It is only the Chinese, who have relied on their own power and nobody else, who now a global vision – and they are in a mood to impose Pax Sina.

Isn’t it time we got our act together? At the very least, Narendra Modi needs to do the following.

#1: Appoint a competent full-time Defence Minister, and use Sushma Swaraj, the External Affairs Minister, to advantage in global diplomacy. Right now her talents are wasted in indulging people with passport and visa problems conveyed through Twitter.

#2: We need a robust policy on developing our own defence industries, including by allowing foreign majors to set up 100 per cent owned units for transfer of technology. A 100 per cent foreign owned unit in India is more controllable than a 100 per cent imported system, which can’t be relied on to deliver when most needed. The Defence Research & Development Organisation needs to be given its own space and brief to develop indigenous defence technology. Its benchmark must be Indian Space Research Organisation, which has developed its prowess at a fraction of what it costs globally to send satellites into orbits.

#3: In the short run, when the asymmetry of power is obvious with China, we need to develop deterrents, including tactical nuclear weapons for use in a war over Arunachal Pradesh. If Pakistan manages to get us into war, one can’t rule out the possibility of China making a grab for Tawang. This is what we have to prepare for.

#4: It is time to confront Pakistan with more and more unconventional warfare. We must do unto them what they seek to do unto us. And more.

#5: The situation in Kashmir Valley needs to be dealt with through special forces and targeting of violent groups and their leaders. The gloves must be off, but it must not be the army that should have to take on the jihadis – except on the border. The road to normality in Jammu & Kashmir can come only through the development of specialised forces to combat the stone-pelters and terrorists, reviving the morale and law enforcement capabilities of the police forces, and then holding talks to see how those disengaged with the idea of India can be brought over to believe in it.

There is no short-cut. And we have to do it largely on our own, with both firepower and diplomacy. The world may give us verbal support occasionally, but we have to put out our fires on our own.