Police Reforms: Repose More Trust In Elected Heads Of Local Bodies, Make Police Accountable To The People Through Them 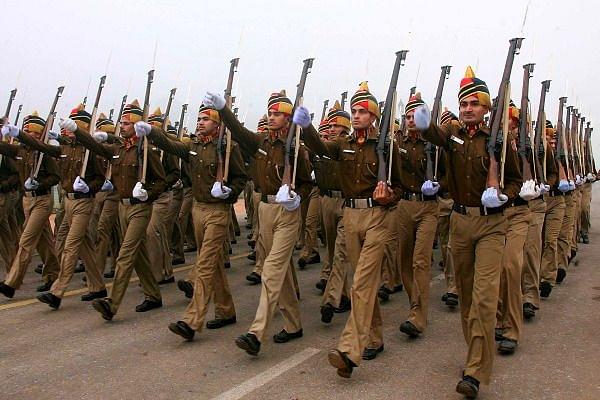 Has anyone heard of an Indian equivalent of Mayor Rudolph Guiliani of New York propounding concepts like zero tolerance of crime and supervising the police and other departments in rescue and relief operations in the wake of 9/11 terrorist strike in the USA?

In India, civil servants, including the police, function often to the exclusion of democratically elected functionaries. But such is the system, and the bureaucracy and police cannot be faulted for that.

It is aptly said that democracy has no real meaning unless the people are able to manage their own immediate affairs including security of their lives and properties, which is the most basic and immediate concern of every human being.

In that sense, there is a democracy-deficit in India at the grassroots level.

World over, in most democratic countries, and historically in India till the advent of the British, policing has been a municipal function and the police work under the control of local self-government bodies.

But in India, we have inherited a monolithic leviathan of a colonial construct called the Indian police, which is not answerable or accountable in any manner to the local people whose lives and properties it is supposed to protect.

Having been created immediately after the first war of independence in 1857, the Indian police was designed as an instrument to perpetuate the British rule and serve the colonial masters faithfully.

Both are unhealthy and undemocratic.

Things have not changed much after Independence. What was done in the name of so-called police reform has made things worse. Mistrust of the democratically elected governments by demonising the political class has been the underlying philosophy and hallmark of police reforms.

Consequently, the primary focus of police reforms has been to insulate the police from the so-called political interference.

It did not occur to the police reformers who made post-retirement careers of ‘reforming’ the police that when policing is a political function, insulating the police from the control of political government not only defies elementary logic, but is also against the constitutional scheme.

How will a set of retired judges, retired civil servants and so-called civil society activists et al, comprising the so-called State Security Commission to boss over the police, make it more accountable and responsible than by the elected political executive?

It also escaped the comprehension of career police reformers that any meaningful police reform has to make the police accountable to the local people, whose lives and property it is meant to protect.

No wonder, the police reforms ordained by the honourable judiciary has not materially solved any of the problems. Rather, it created unforeseen new problems.

Constitutionally speaking, every State has its own police, which is accountable to the Legislative Assembly through the State government. Such an accountability is at best minimal and at worst nebulous.

Moreover, it is not feasible for the Legislative Assembly or its Committees to monitor policing in every area on a regular basis. So, the democratic control of police remains tenuous and simply boils down to the control by the bureaucracy, the Home Minister and the Chief Minister at the state level, whereas, it is largely unaccountable in the field.

This is not at all a very happy situation.

With no legal powers, the local elected representatives exercise illegitimate interference in governance and policing, both in public interest and for their reasons.

This results in their exercise of power with no responsibility leading to all kinds of problems of policing. If they are given some policing functions under the law, they become responsible and can be questioned for their actions.

In other words, co-opt the local elected representatives in policing activity, not only to avoid illegitimate interference but also to make police accountable locally.

After the 73rd and 74th amendments to the Constitution of India, the Panchayat Raj Institutions and the Urban Local Bodies have become permanent constitutional bodies.

Unlike in the USA, our local self-government bodies do not have policing responsibility. And it may not be appropriate to adopt the US model.

However, what can and ought to be done is involving the democratically elected local bodies in policing to make police more responsive and responsible to the needs of and be accountable to the local people.

Under the scheme of the extant Police Acts and the Code of Criminal Procedure, 1973 (CrPC), the Executive Magistracy has certain policing and law and order responsibilities.

The easiest way is to simply substitute the officials with elected heads of local bodies as Executive Magistrates. The State governments may mutatis mutandis notify the Chiefs of Zilla Parishads (by whatever name they are called) as District Magistrates; the Vice-Chiefs of Zilla Parishads and Mayors of Municipal Corporations as Additional District Magistrates; the Chiefs of Panchayat Samitis (by whatever name they are called) and Municipalities or Nagar Panchayats as Sub-Divisional Magistrates; and the Vice-Chiefs of Panchayat Samitis and Municipalities as Executive Magistrates under section 20 of the CrPC for their respective jurisdictions.

Likewise, the other elected representatives of the Panchayat Raj Institutions and the Urban Local Bodies may be notified as Special Executive Magistrates under section 21 of the CrPC.

Such local accountability does not in any way circumscribe the onus and responsibilities of the State governments or their control over the police and in maintenance of law and order.

It is a mere substitution of the officials with the democratically elected heads of local bodies without any need for change in the legal or constitutional position.

This is akin to the democratically elected Indian leaders replacing the British rulers after Independence, on the existing bureaucratic substratum without changing the laws, rules and procedures.

Some may consider this idea as unorthodox, and for some others, it may even be outlandish and blasphemous. We, Indians, have endured unabatedly for more than 160 years the rapacity of the police system established by the colonial masters in 1861.

In the 70th year of the Constitution, it is time we repose more trust in our elected heads of local bodies by making police accountable to the local people through them.

However, this should not be construed as panacea for all the ills afflicting the Indian police.