Politically Incorrect It May Be, But There Is An Underlying Truth To Yogi Adityanath’s Views On Taj Mahal 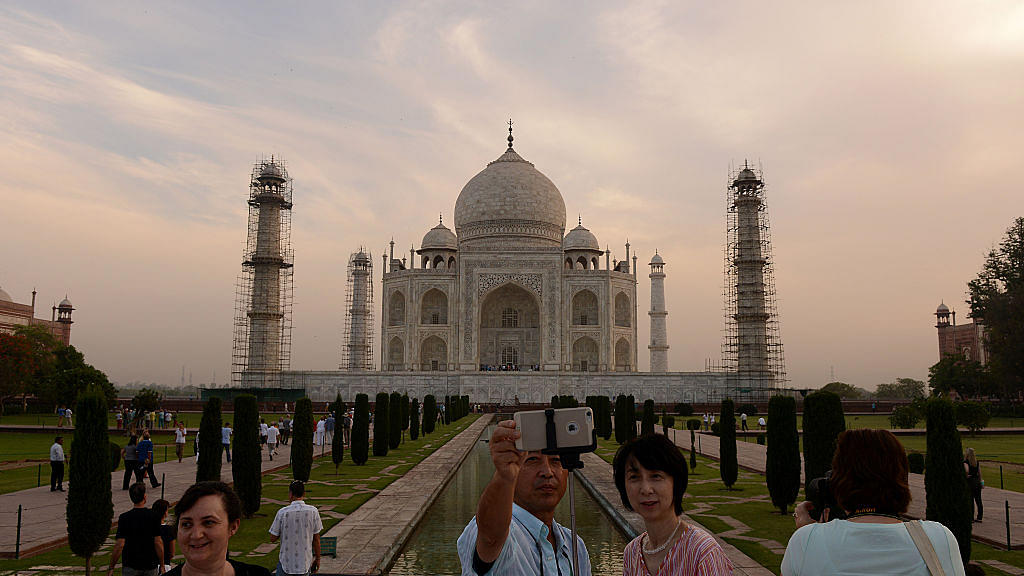 Uttar Pradesh Chief Minister Yogi Adityanath, who does not believe in too much political correctness when speaking his mind, got himself into another controversy when he suggested that the Taj Mahal and other such monuments “did not reflect Indian culture.” Foreign dignitaries, he said, were now being given copies of the Gita and the Ramayana where earlier they were being given replicas of the Taj. (See an actual excerpt of his speech here)

Clearly, there was no need for Adityanath to rubbish the great monuments left behind by our Mughal rulers. The monuments, including the Taj, the Red Fort, the Qutb Minar and the ones at Fatehpur Sikri, are part of our history and heritage.

However, there is equally no need to hyperventilate on Adityanath’s choice of words, for there is an intrinsic truth to what he was trying to convey. The true spirit of India is not defined by the monuments to human vanity that were left behind by past rulers, but the civilisational ethos, culture and spiritual pursuits of its people.

The spirit of India is represented by no monument, but by the millions of Indians who turn up at the Kumbh, unheralded and unbid, to bond with their sense of the sacred at places like Prayag, Ujjain and Nashik. Sure, there are many temples in these places to see, but the pilgrimage itself is not about clicking a selfie in front of a beautiful monument. Islam does not believe in god being represented in any form, but its adherents today (and India’s unholy Left) do not see this formless devotion to god in the millions who turn up at the Kumbh and Ardh Kumbh. They come, they do their thing, and they melt away without a fuss.

The spirit of India is defined by the millions who use yoga not as a health enhancing bit of muscle-stretching exercise, but as a way to balance mind and body in a perpetual search for higher reality. But today this is being rubbished as unIslamic and subverted into forms defined by organised religion, including the creation of so-called “Christian yoga” or “Holy yoga”. What is Christian about yoga? Perhaps the only way in which it is Christian is the blatant appropriation of India’s cultural and spiritual wealth by a civilisational ethos that does not respect our traditions. This hypocrisy is emphasised by western civilisation’s normally high emphasis on the protection of its own intellectual property rights. But other people’s cultural properties can be looted and stolen.

The idea of India is not defined by a westernised elite sitting at the India International Centre (IIC) in Delhi or the Habitat Centre, but by a common Indic sense of living in a “sacred geography”, sanctified by the “footfalls of its pilgrims”, as a western scholar of religious studies Diana Eck put it. It needs a westerner to see us and tell us what we are, but no Indian “liberal” is able to see it.

Syncretic India, to which the religions and ideas that came from outside also contributed, is not defined by the monuments the latter left behind, but by their contributions to the spirit and culture of this country. The real Mughal contribution to India is not the Taj Mahal – beautiful as it is – but how Mughal rule helped infuse new life into Indian music, which is now celebrated as Hindustani music and enthrals millions all over the sub-continent.

When it comes to grand monuments, we were never lacking in them – as the fantastic temples at Thanjavur, Tirupati, Srirangam, Guruvayoor and Sabarimala attest, as also do the gigantic Gomateshwara in Sravanabelagola, or the cave art of Ajanta, Ellora and Elephanta, or the Golden Temple in Amritsar. But it is the Indian spirit that dominates, not the monument or the moorti created with the effort.

Contrast this spirit of India with the iconoclasm of Islam, where grand monuments were often built by demolishing those that already existed – in Varanasi, Ayodhya and Mathura. The distinguishing features of the temples or Buddhist seminaries demolished were not their architectural qualities alone, but the devotion that made them possible.

In fact, some of India’s holiest temples are not distinguished by their imposing nature, but by our sense of the sacred and the spiritual in them. The Kashi Vishwanath temple is nobody’s idea of grandeur, but still it attracts millions every year.

Nothing illustrates this spirit better than the Somnath temple, which was repeatedly looted, plundered and demolished by Islamic invaders like Ghori and Ghazni. Left historians like Romila Thapar see this as evidence that the temple destructions were not traumatic to those living at the time they were destroyed, since they did not explicitly say so in contemporary literature, but she misses the simple point: to the Indic mind, where glory is transient and hubris anathema, it is the effort that matters, not the outcome. Doesn’t the Gita itself say so in its reference to nishkama karma?

Yogi Adityanath’s references to the Ramayana and the Gita are important for the simple reason that today’s card-carrying secularists think it is something that belongs only to Hindus, and the mere telecast of a Ramayana or a Mahabharata on Doordarshan was tantamount to communalism. To a Sheldon Pollock, the Ramayana is a mere tool to get citizens to respect the king’s authority unquestioningly, when the Ramayana itself disproves this point, by being rendered in more than 300 renditions – hardly a tribute to a people’s blind adherence to monoculture and obedience. Nobody in India collected 300 important priests and pandits to decide that only one version of the Ramayana is valid, as Emperor Constantine did with the Bible in the Council of Nicea. And while every westerner accepts Homer’s Illiad and the Odyssey as part of her cultural heritage, only in India are non-Hindus told to treat the Ramayana, the Mahabharata, the Vedas, the Upanishads, the Gita or even Sanskrit as a limited heritage that is tomtommed by a majoritarian culture.

The UP Chief Minister’s comments on the Taj Mahal should be seen in this context, and not in terms of the words he spoke. India does not benefit by pretending all its culture and achievement are encapsulated in the Taj Mahal or the Red Fort.

The reason why the Taj and the Red Fort occupy such important places in tourist literature is an accident of history and geography – they are in and around Delhi, where many of India’s Islamic kings and the latter-day colonials chose to make their political centre.

A 5,000-year-old civilisation cannot be reduced to a few monuments built in the last millennium, nor should it seek to bury the past in the ruins of Hampi. If you want to extol the creativity of the Taj, don’t forget to also extol the even greater virtues of the Vijayanagar empire that achieved another peak in Indian architectural and devotional splendour, but fell victim to mindless bigoted iconoclasm.