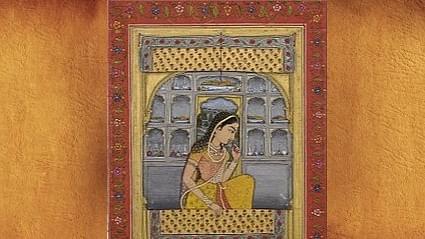 Even as Bhansali Productions has announced that there are no romantic scenes planned between Alauddin Khilji and Rani Padmini in their forthcoming production Padmavati, the discourse on the controversial film has shifted. Some are of the opinion that the filmmaker is entitled to his creative licence, and this right should not be interfered with, especially because the legendary queen was nothing more than a product of fiction.

The argument in favour of this contention articulated, among others, by historian S Irfan Habib, is that there is no record of the legend before Malik Mohammed Jayasi, a sufi poet from Jayas near Rae Bareilly in Awadh. His epic Padmawat, on the legendary queen, is considered a work of unparalleled eminence in literature, but a work of fiction. The crux of the argument is that Padmini was merely a creation of Jayasi's fervent imagination, and if Jayasi could do so in sixteenth century, others were free to interpret it their way in our times.

Another column in Times of India, not only towed the above line to ridicule the story as a myth but went ahead to praise Khilji as an able administrator. So is there really nothing more to Padmini than Jayasi's Padmawat? Is there no mention of Padmini in any of the historical records?

To begin with, both, the sack and pillage of Chittorgarh by Alauddin Khilji and the writing of Padmawat bear precise dates, 1303 and 1540, respectively. A number of scholars, Acharya Ramchandra Shukla being one among them, by virtue of the usage of uncommon words and mention of unknown places, conclude Jayasi's Padmawat as not a novelty, but merely a poetic retelling of an existing folklore ‘Heeraman Sugga’. So the story was not an imagination of Jayasi, and existed well before him. What is more interesting is the fact that the story finds a mention, with slight variations, in another sixteenth century text which is no piece of fiction but a highly credible record—Mughal chronicler Abul Fazal’s Ain-i-Akbari. This proves conclusively that Rani Padmini and her Jauhar was a well circulated tale, even if not recorded by a contemporary.

Moving further in time, Shukla tells us of some more narrations of Padmini's tale. Hussain Ghaznavi in the sixteenth century and Munshi Rai Govind in seventeenth century, once again wrote Persian versions of the story by the titles "Kissa-e-Padmawat" and "Tukfatul Kulub", respectively. According to Shukla, there are several other versions of the tale, notable among them being Baba Lakhandev's, Labdodhaya's and Ziyauddin Ibrat’s and Ghulam Ali Ishrat's. The first being in Awadhi, second in Hindi and the joint effort of the last two in Urdu. Significantly, none of the works, either by Hindu or Muslim writers, even if fiction, deviates from the two central themes of the story - plunder and pillage of Chittorgarh by Alauddin Khilji and portrayal of Rani Padmini as beautiful, brave and virtuous.

The absence of contemporary records probably is due to an idiosyncratic sense of Rajput kings to preserve mainly their genealogical records as history and that too through bards singing paeans of valour and courage, often exaggerated, in deference to writings by court appointed chroniclers.

In the absence of written records, it fell upon James Todd to record, what is widely regarded as the most authentic and comprehensive history of Rajasthan. Lieutenant Colonel James Todd, an officer of British East India Company, devoted 16 years of his life collecting geneological rolls from Charans, Bhats and Jain seers; records from local chieftains; getting a chronological sketch drawn under the aegis of Sawai Jai Singh of Amber; recording plaques, inscriptions and epigraphs; visiting libraries across Rajputana and collating and comparing them with Mughal and Sultanate records. Published in two volumes in 1829 and 1832, his Annals and Antiquities of Rajasthan also records the story of Rani Padmini.

What is significant in Todd's description of Padmini and her Jauhar; and this comes from Ramya Sreenivasan, author of The many histories of a Rajput Queen and severely critical of Todd, is the fact that he was unaware of Jayasi's Padmawat. For all his rigour and labour, Todd's scholarship has its faults like getting the chronology of Mohil Rajputs wrong and mistaking Rana Kumbha instead of Bhoj Raj as Meera Bai's husband. In his account of Rani Padmini, Todd mentions Bharat Sen, instead of Rawal Ratan Singh, as Rani Padmini's husband.

Rani Padmini 2 by Swarajya on Scribd

But for all his faults even Sreenivasan, who accuses Todd of being influenced by European Romanticism and Scottish Enlightenment, in her seminal research calls the narration as misinterpretation and tailored to suit Todd's prejudice in favour of Rajputs. She, nonetheless, concedes the preponderance of various lores and traditions which would have shaped Todd's version.

Rani Padmini 1 by Swarajya on Scribd

For the record, Rani Padmini is not the only character recognised as historical without an evidence of a contemporaneous mention. For example, in Mewar's history itself, Bappa Rawal and Meera Bai find no mention in any written records or epigraphs.

A few things which emerge clearly from these facts are the prevalence of traditions and lores independent of Jayasi in not only Awadh but all over northern India during the sixteenth century, if not earlier. Sreenivasan herself mentions some more lores in Bengal and even up to Burma border, though she doubts misinterpretations of the same. Secondly, all narrations, excepting the Jain traditions which portray Rawal Ratan Singh as a coward, maintain the general gist of the story. Thirdly, the second Jauhar which happened during Bahadur Shah's sacking of Chittorgarh, and which some scholars want us to believe confused Jayasi and Abul Fazal for being the first, was too recent for the specific details to be mixed up and end up in folklores.

History, as an academic discipline should always be open to revision in the light of new evidence but the enthusiasts, who are demanding space for alternate versions, decreeing the scarcity of historical evidence in Padmini's case, are the ones attempting it without any evidence. In their flippant treatment of Rani Padmini's Jauhar, they are touching a raw nerve in Hindu psyche which adds insult to injury.