Ranting About Billionaires Isn’t Going To Help; Harnessing Their Billions Will 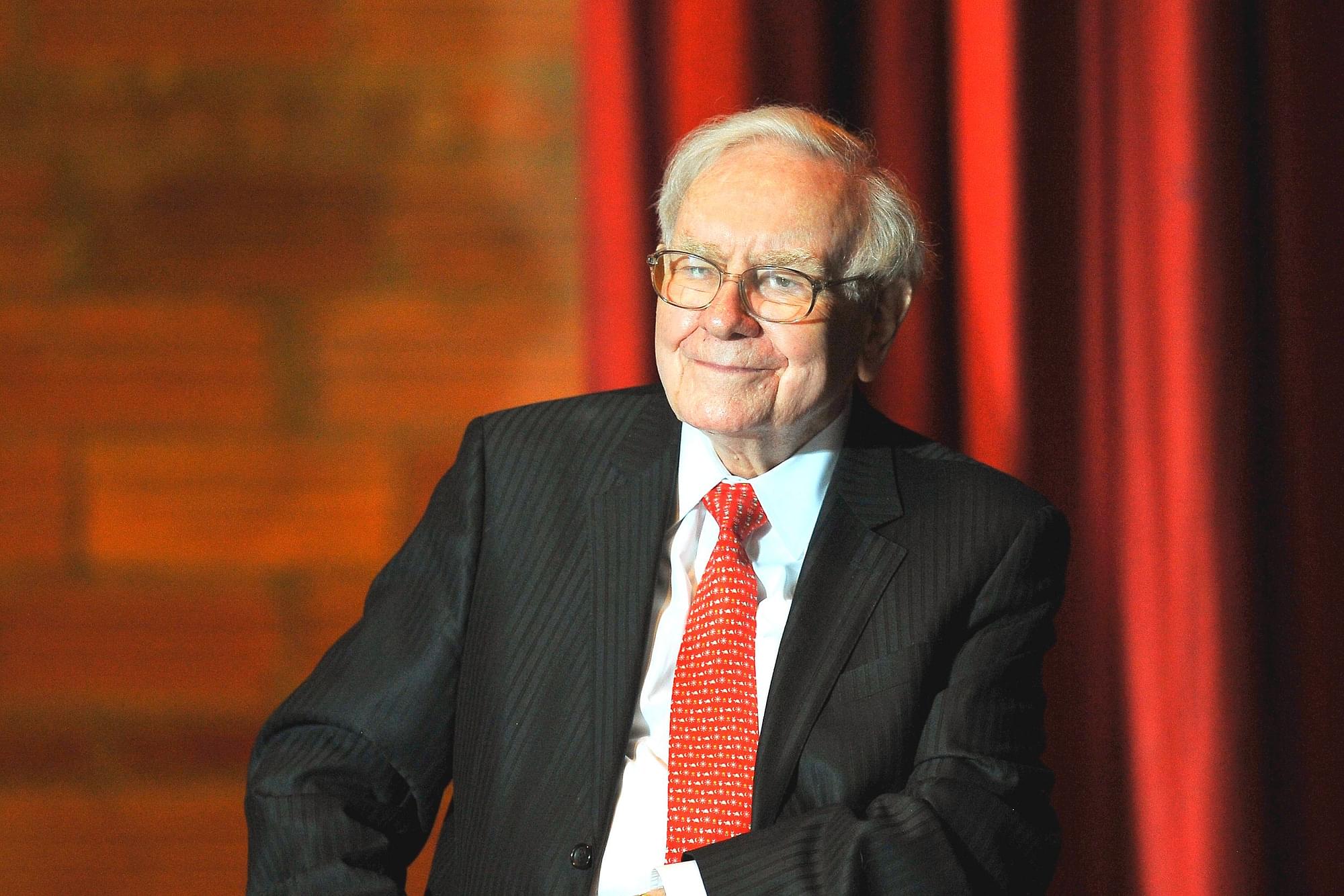 The problem of the unequal distribution of wealth has been there with us ever since the first smart hunter-gatherer created a more effective hunting tool to give himself and/or his tribe an advantage over the rest. The problem was noted widely after Vifredo Pareto discovered the Pareto principle, the 80:20 rule, which says that under all dispensations and at all times, some 20 percent of the people owned 80 percent of the available resources, whether it is land or something else that measured wealth.

The 80:20 rule is not a literal one, and can be broadly taken to mean that a very small number of causes explain the large majority of results. And so, the Pareto rule has been used to do everything from raising managerial efficiency (by spending your time more effectively) to improving quality control (by identifying the small number of causes that cause most of the defects in products).

But politically speaking, the 80:20 rule has been a source of great vindication for socialists everywhere, and The New York Times carried an op-ed on Sunday (13 June) by Anand Giridharadas titled “Warren Buffett and the myth of the good billionaire”. The article is part rant, part good sense. Its rant is basically against the reality of the Pareto principle, and the good parts relate to how we need to change the system in order to make the rich pay more in taxes and ensure that it is not rigged in their favour.

We can all agree that the problem is the “system” without saying that the good man is the bad one because he offers a ray of hope for those done in by the “system.”

The rant continues when Giridharadas says that the real problem is the “set of social arrangements that make it possible for anyone to gain and guard and keep so much wealth, even as millions of others lack for food, work, housing, health, connectivity, education, dignity and the occasion to pursue their happiness.” He adds that there is no way for anyone to become a good billionaire without some help from a favourable “system”, and takes potshots at some of Buffett’s investments in Coca-cola, which makes “sugary drinks”, or in some oil drilling companies that presumably help spoil the environment and boost fossil fuel consumption.

The problems of the poor may not necessarily stem from the fact that the “system” may benefit the rich. It is often the not-so-rich who may gulp down billions of gallons of “sugary drinks” and munch cheesy and unhealthy burgers that could make Buffett richer. In fact, if green energy companies were to become profitable, Buffett would adds to his billions investing in them too, but that would not make the poor any less poor.

It would appear that Giridharadas’s real problem is not with how the wealth of billionaires is earned or taxed (or not taxed), but why they even exist or became billionaires. This is like ranting against the reality that we are all born unequal, and people with higher skills and talents (and surely some luck) may be wealthier than the rest. Giridharadas’s rant is against the laws of nature, which did not make all humans equal by birth or DNA.

What Giridharadas leaves out is how it is socialism and mindless money creating power in the hands of governments and central banks helps concentrate wealth in fewer hands.

Take a very simple example: in 2008, when the global financial crisis exploded, everyone and his aunt wanted the government to reflate the economy by printing notes or expanding the central banks’ balance-sheets. With interest at near zero levels for years on end, is it any surprise that it is the wealthiest individuals, those who invested in stocks after borrowing money from banks at near zero interest, who made the most billions? And we did the same thing during the eurozone crisis in the last decade, and we are doing the same today with the Covid economic collapse. The villain is clearly the growing financialisation of the global economy, which enables people to earn billions through sheer speculation. But is there any easy remedy for this?

Giridharadas is surely right when he suggests that billionaires giving away substantial chunks of their wealth for worthy causes is not going to make any dent on poverty or inequality, but this is hardly a point to be made against the wealthy. A large part of the wealth exists precisely because there is a stock market and a bond market that helps preserve their wealth through the long-term benefits of compounding. So, even after the wealthy give away half their wealth, the remaining half will keep growing either in their own lifetimes or in that of their inheritors.

In order to try and do something about the “system”, we need to come to grips with what this “system” really is.

One, any system which works on the basis of compounding, whether of wealth or good DNA, will produce inequalities, even great inequalities. This is called natural selection in the Darwinian world. No law can do anything about it, though revolutions and extortionate tax laws can indeed destroy wealth. If the choice is between destroying wealth and redeploying it better to help those who need it more, the choice has to be the latter.

Two, the real part of the system that works in favour of the rich is a more fundamental one: for too long, we have had laws favouring the taxation of labour incomes higher than income earned from deploying capital. In most countries, capital gains and dividends are taxed less than salary and wage incomes after the minimum threshold of tax-free income is crossed. This skew has happened quietly over the ages as capital indeed improves productivity and wealth, and all governments have given capital a free pass so far. This needs to change.

Three, most of the increasing inequality relates to inter-generational transfers of wealth. While America and some of the capitalist nations do indeed have estate duties after death, the rich have been ingenious in finding ways to evade them. If any tax regime has to be overhauled, it is the system of inheritance tax, which passes on unearned wealth from one generation to the next with minimal taxation. It is one thing to let someone who created wealth enjoy the fruits of his work, quite another to assume that those who merely inherited it must be allowed an unfair advantage because they won the “lucky sperm” lottery, to use Buffett’s evocative term.

The real inequity in capitalism is that all too human need to pass one one’s wealth to our successors, people who carry our DNA. Inheritance taxes can slow this down, but cannot eliminate this inequity altogether, for that is human nature.

Four, there is a problem with government itself. Everywhere in the world, especially in diverse societies, governments spend money less efficiently than individuals or even companies. This not only offers the unscrupulous ways of making money without deserving it, but also allows the money spent to be wasted. The call for more regulation and more taxation will do nothing to sort this mess, for the more the regulation, the greater the incentive to push money underground or to build special laws where this money can be parked (for “social” benefit). The only solution to this problem is lower taxation, and very low levels of tax exemption so that evasion is minimal.

A flat tax on all incomes would make it less likely for the rich to avoid taxes, and the poor can be compensated with better social security schemes or income transfers to compensate for taxes paid.

Higher taxes can work in homogenous societies, where one presumes that the tax one pays will benefit one’s own granny or co-worker. Once there is huge diversity, the human propensity for altruistic behaviour – the belief that one’s money is going to the right people – reduces. Diverse societies must tax less, and allow various social groups to retain more of their earnings to benefit their own people. This goes against the idea of woke liberalism, but smaller social groups are the logical places to practice altruism and socialism.

Five, tax structures must promote private charities instead of high taxes. For example, I would be more comfortable allowing Mukesh Ambani or Ratan Tata to spend their wealth vaccinating our millions in double-quick time or in running our state schools and healthcare systems than letting these rot in government hands. The very premise of the Right to Education Act is that the private sector is more capable of schooling kids than the state sector, but the Act comes to the wrong remedy based on the right assumptions: it should simply have handed over state schools to the private sector for management, thus allowing for quality education to be imparted in places where the infrastructure for schools already exists.

Six, the real creator of inequality is capital-funded technology. The problem with billionaire wealth is that it is funding more ventures that will destroy jobs than create new ones. It should be doing the opposite. The question we need to ask of the “system” and its backers is, why is this perverse incentivisation not reversible for the benefit of all, both capital and labour?

Additionally, there is no dearth of infrastructure projects with long gestation periods that are worth funding with billionaire wealth. But billionaires still hold most of their wealth in liquid assets like US treasuries or blue chip stocks. Why is the world not able to incentivise investment in social and infrastructure equity projects that will help the whole world by creating jobs and incomes for those who need it? Is an infrastructure project with, say, a 15-year payback period not better served by using equity instead of debt, especially when “safe” 10-year US treasury stock earns far less than two percent today?

Our problem is not billionaires and their undeserved billions, for there is no perfect world where income and wealth distribution are going to be completely fair. The challenge is to increasingly make the system fairer, and make the wealth of the billionaires work for the world’s seven-and-off billion people.